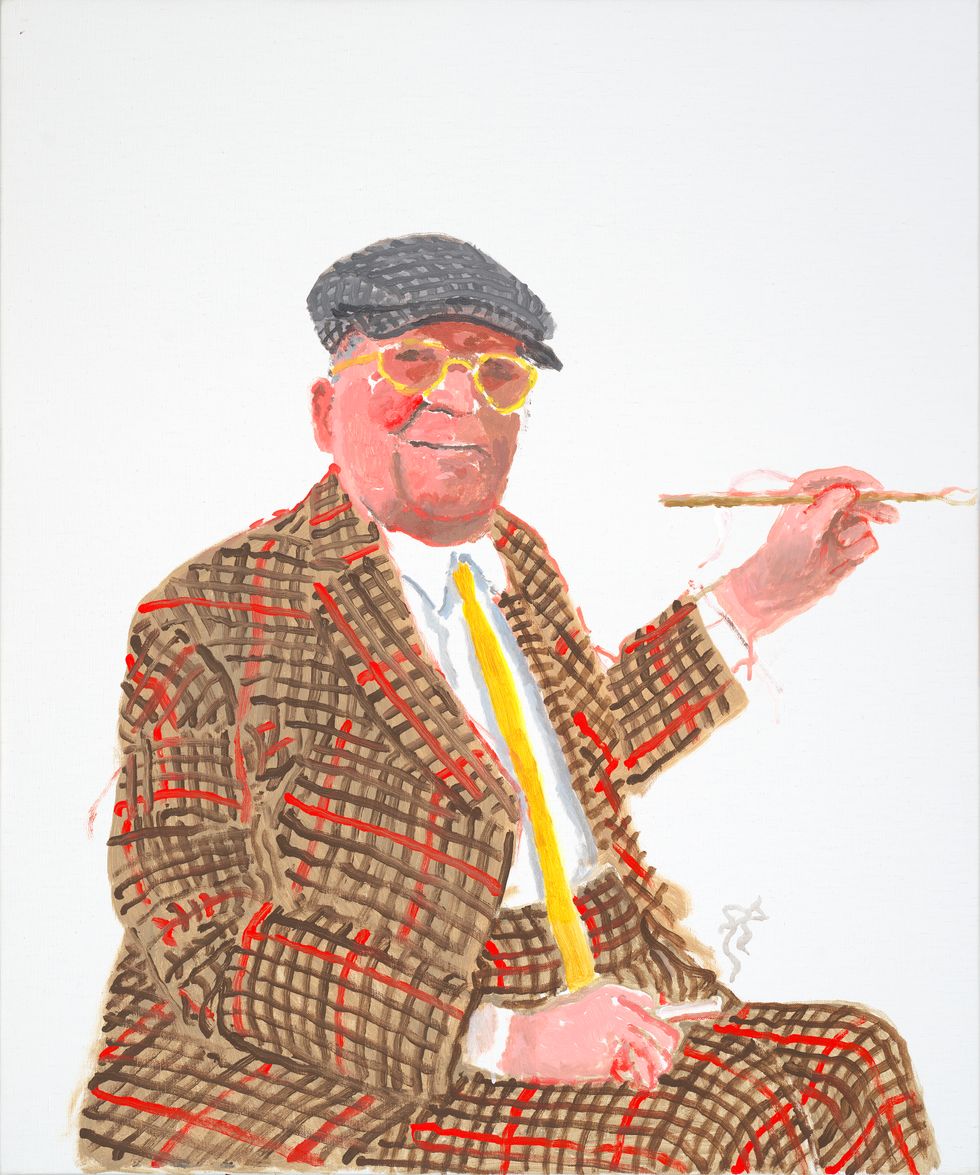 Self Portrait, 22nd November 2021 by David Hockney is to be displayed at Cambridge’s Fitzwilliam Museum (David Hockney/ PA)

A new self-portrait by artist David Hockney is to go on display for the first time at Cambridge’s Fitzwilliam Museum.

The 84-year-old painted Self Portrait, 22nd November 2021 in Normandy, where he has previously spoken of living in the countryside without distractions from his art.

Describing life in a “higgledy-piggledy” house in northern France, he said at last year’s Hay Festival: “It was fantastic.

“When the lockdown came, I think it was marvellous because I wanted to be isolated anyway.”

A series of drawings, paintings and digital works by the Bradford-born artist will be displayed at the Fitzwilliam and at the Heong Gallery at Cambridge’s Downing College as part of Hockney’s Eye: The Art And Technology Of Depiction.

His self-portrait belongs to a group of works begun in late 2021, executed quickly and broadly so the marks of the artist’s brush are clearly visible.

In The Fitzwilliam Museum’s picture galleries, Hockney’s images will be shown in a “series of provocative encounters with works by artists including Vincent Van Gogh, Claude Monet, John Constable and Andy Warhol”, the museum said.

Meanwhile, the display at the Heong Gallery charts his “pioneering modern experiments in bringing hand, eye, and optical instruments together from the 1960s to the present day”.

The exhibition, which is free, will run from March 15 to August 29.

David Hockney works to go on sale in dedicated auction

David Hockney self-portrait installed at museum ahead of new exhibition

Please log in or register to upvote this article
David Hockney