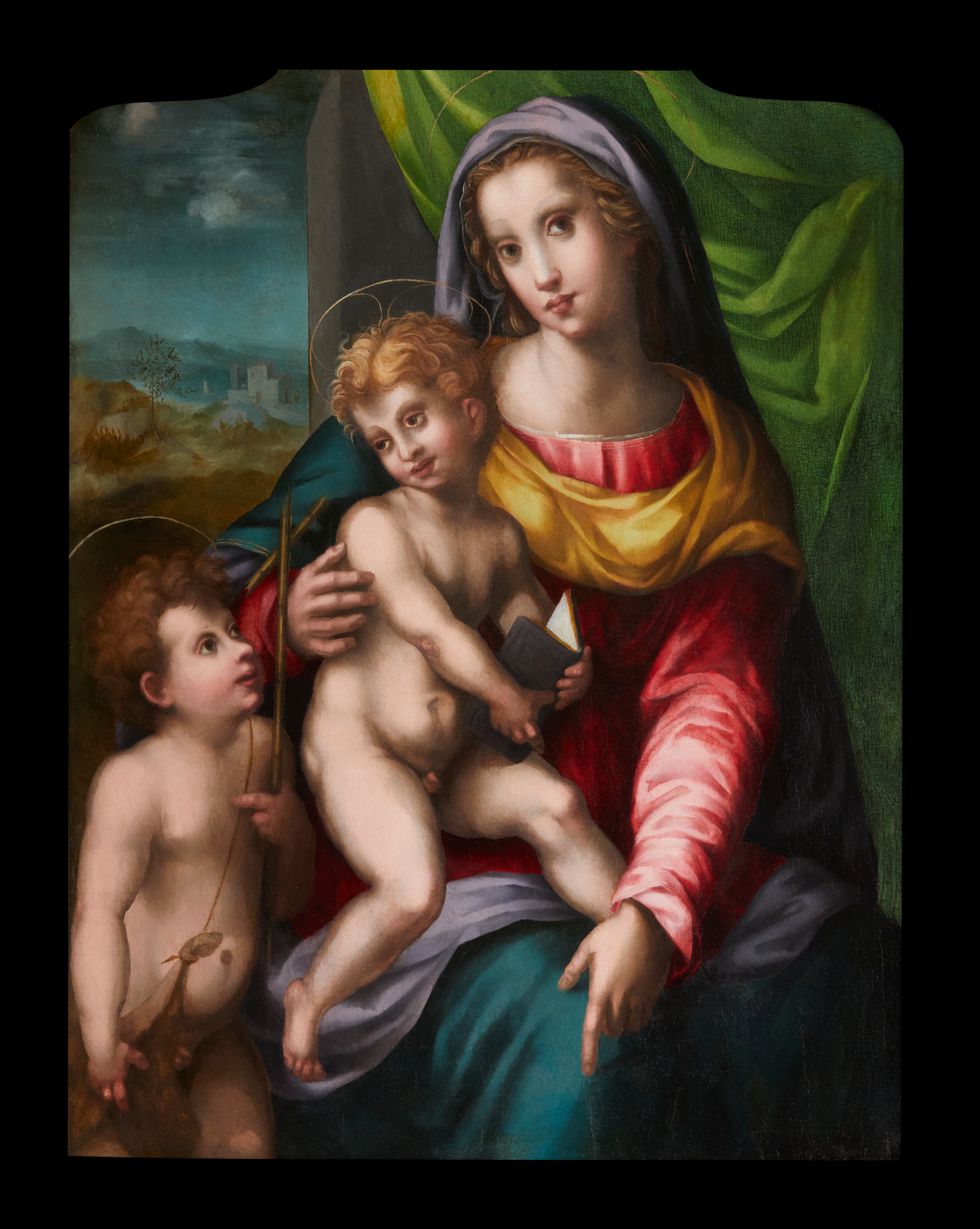 The Italian Renaissance painting of the Madonna and Child, painted in Florence in the 1520s, has been unveiled at Kirkcaldy Galleries in Fife (OnFife/PA)

Conservation work has revealed new secrets about a 16th century painting that has gone on display for the first time since undergoing restoration.

The Italian Renaissance painting of the Madonna and Child, painted in Florence in the 1520s, has been unveiled at Kirkcaldy Galleries in Fife, where it has never been exhibited before.

During the restoration work, infrared photography revealed for the first time a shadowy image, believed to be Joseph, beneath layers of paint.

Meanwhile, research, which involved the Universities of Aberdeen and Glasgow, inspired gallery staff to investigate the story of how the picture made its way from Florence to Fife.

Not only do we have a beautifully restored painting for visitors to enjoy, but a host of new insights into its story

Until now, little was known about the history of the painting, which depicts Mary holding the baby Jesus on her knee with the young St John the Baptist standing by their side.

A strip of paper on the back of the frame credits Andrea del Sarto (1486-1530) – a High Renaissance master from Florence.

However, experts who have studied the painting in recent years suggest otherwise and instead credit the studio of acclaimed Florentine artist Domenico Puligo (1492-1527), who found success focusing on Madonna paintings.

Interest in the painting was revived in 2016 by Professor John Gash, a senior lecturer in history of art at the University of Aberdeen, who first linked the painting to Puligo.

“Not only do we have a beautifully restored painting for visitors to enjoy, but a host of new insights into its story.”

Paint samples taken by scientists at the University of Glasgow helped to date the work to the 1520s.

The restoration has been supported by Fife Council’s Common Good Funds and the Woodmansterne Art Conservation Awards. The work was completed by Egan, Matthews & Rose of Dundee.

During the restoration work, conservators used infrared photography to see beneath the paint, and detected charcoal strokes that reveal how the artist worked out, and even changed, the picture’s composition.

Beneath the landscape scene, in the top left corner of the painting, they identified a figure – thought most likely to be Joseph – who often appears in similar positions in Renaissance paintings.

The conservation work also included cleaning and strengthening the wood panel on which the artwork is painted, retouching paintwork and varnishing the painting again.

Madonna and Child with the Infant St John the Baptist is the oldest painting in the extensive art collection managed by cultural charity OnFife, which runs Kirkcaldy Galleries.

New research suggests it was brought to Fife in the 1860s by retired Royal Navy surgeon Alexander Woodcock, who had set up a private museum of artefacts and curiosities in Anstruther.

Dr Woodcock made regular trips to Edinburgh by steamer to meet sellers and artists and it is thought most likely that the painting was purchased on one of these visits.

The museum closed after Mr Woodcock’s death and the painting was acquired by the local burgh council, which displayed it in Anstruther Town Hall.

The painting later became part of the collection of Fife Council, now managed by OnFife.

An entire room has been set aside in Kirkcaldy Galleries for one year to tell the story of the conservation work and the recent research into the painting’s past.