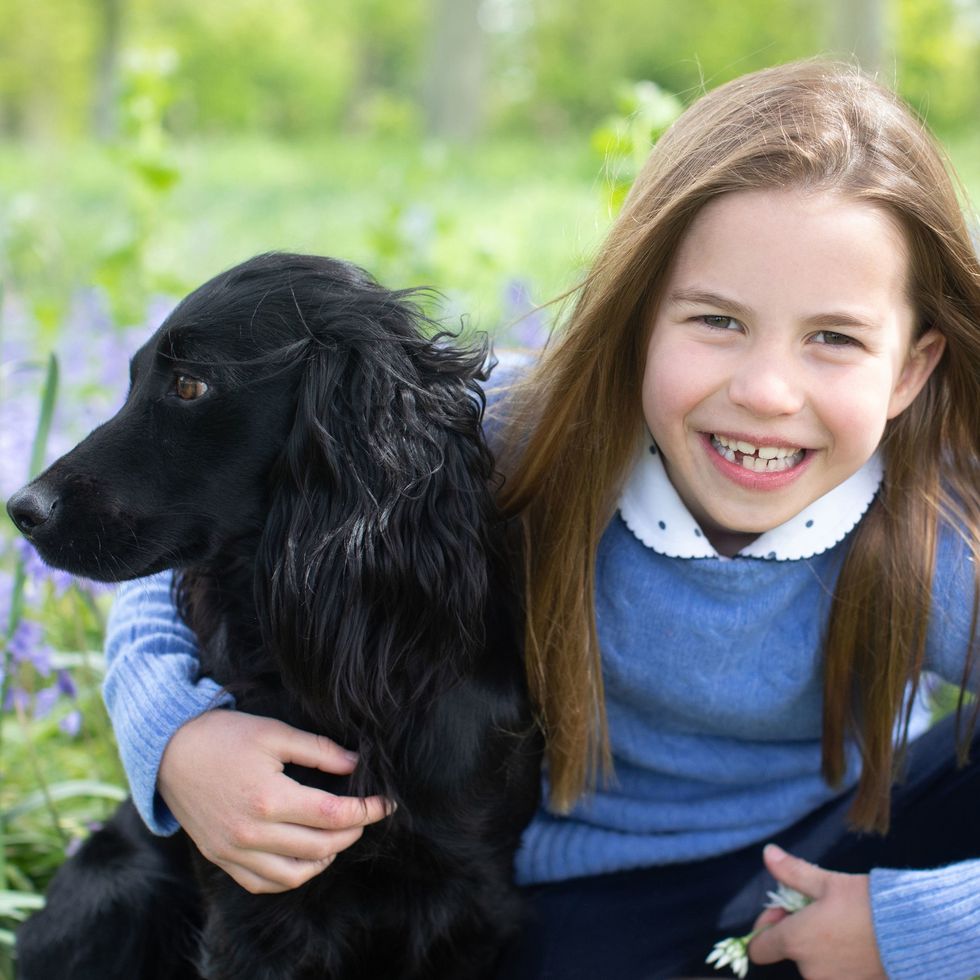 New pictures of Charlotte have been released (Duchess of Cambridge/PA)

Princess Charlotte has been photographed with her arm around the family cocker spaniel in a picture taken to mark her seventh birthday.

The young royal, surrounded by bluebells, was snapped by the Duchess of Cambridge in Norfolk this weekend enjoying the outdoors.

Charlotte and pet dog Orla appear in one of three pictures released ahead of the princess turning seven on Monday.

William and Kate’s middle child is wearing her long hair loose around her shoulders and sporting a fine cable knit blue jumper which matches the colour of the flowers around her.

In the picture featuring Orla, the dog – who has a black shiny coat – is looking to its right while Charlotte grins towards the camera, holding flowers in her left hand.

In one of the other pictures Charlotte is sitting cross-legged, while in the final picture she is sitting with her arms around her knees.

Orla is not the family’s first pet.

“(Lupo) has been at the heart of our family for the past nine years and we will miss him so much,” they said.

The Cambridge family spend much of their time away from London at their Norfolk home of Anmer Hall on the Queen’s Sandringham estate.

Kate is a keen amateur photographer, and in 2017 she accepted a lifetime honorary membership of the Royal Photographic Society which recognised her “talent and enthusiasm”.

She regularly releases images of her children to mark important occasions like birthdays.

Last year, a picture of Charlotte looking happy and relaxed in a floral summer dress was released to mark her sixth birthday.

For her fifth birthday, Charlotte was pictured helping her brothers and their parents to load a van with food and delivering meals for people in need in Norfolk.

She was born at the private maternity Lindo Wing of St Mary’s Hospital in Paddington, central London, at 8.34am on May 2 2015, weighing 8lb 3oz.

Charlotte has been seen in public on two occasions recently.

She was with her parents and brother Prince George at the Easter Sunday service at St George’s Chapel in Windsor on April 17.

On March 29 she was with her parents and George for the Duke of Edinburgh’s memorial service at Westminster Abbey for what was the Cambridge children’s first outing at a major church event.

Please log in or register to upvote this article
Princess CharlotteRoyal