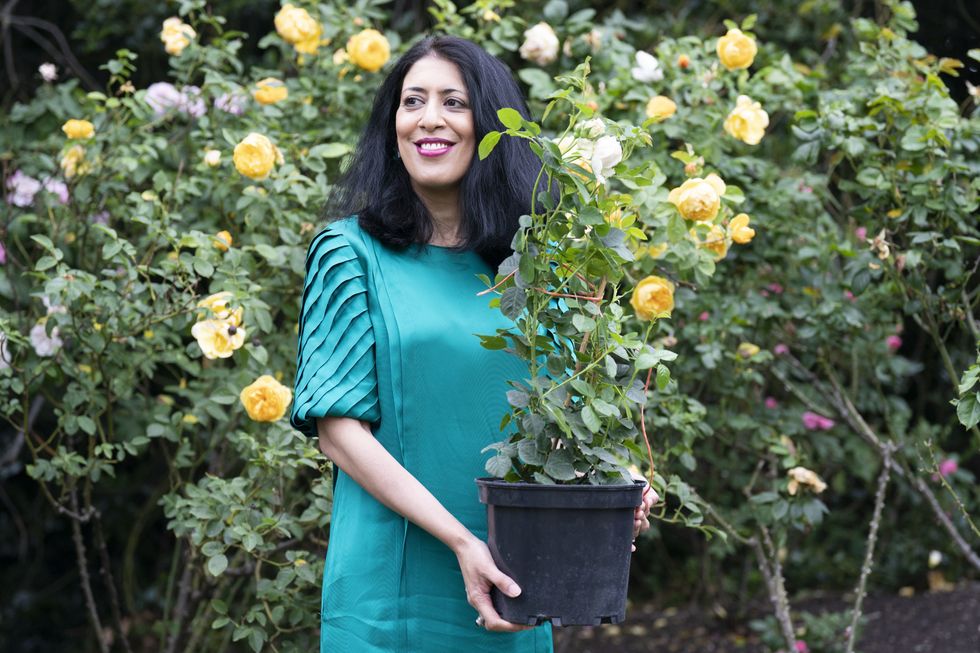 The Queen has said she hopes visitors to the gardens of Buckingham Palace will reflect on the “friendship and community” represented by a newly-planted rose named after one of Britain’s first black gardeners.

The John Ystumllyn rose, commemorating the 18th-century horticulturist, is believed to be the first bearing the name of an ethnic minority Briton.

It was planted in the Palace’s rose garden on Monday by its deputy gardener and Zehra Zaidi, a diversity campaigner, who took turns with a trowel.

“Mark, I’m moving in!” Ms Zaidi joked to head gardener Mark Lane, who stood watching with an audience of community gardeners from across the country.

The yellow flower, expected to bloom within weeks, was set next to the Graham Thomas rose, named after the famous horticulturist who died in 2003.

A further 5,000, bred in Hertfordshire by Harkness Roses, have been donated to community garden schemes across the country.

Twenty have been planted around Criccieth Library in north Wales, where Ystumllyn lived.

Detail of a plaque for a John Ystumllyn rose, which has been planted in the gardens of Buckingham Palace (Kirsty O’Connor/PA)PA Wire/PA Images - Kirsty O’Connor

In a statement, the Queen said: “I am pleased that the John Ystumllyn rose is being planted in the Buckingham Palace Gardens today.

“The rose has been bred as a mark of friendship and community, and I hope guests and visitors to the garden will have the opportunity to reflect on what this rose represents for many years to come.”

An eight-year-old Ystumllyn arrived in Gwynedd, North Wales, from west Africa in 1746, becoming a servant and then a gardener on the Ystumllyn estate.

According to the Dictionary of Welsh Biography, an account of his life published long after his death in 1786 suggested he was kidnapped in Africa and was baptised once he arrived in Wales.

He married a local girl, Margaret Gruffydd, who was a maid on the estate in what is believed to be Wales’ first interracial marriage, and was popular with locals.

“When I was trying to highlight the need for diversity in horticulture, I thought his story was perfect because it really was about community and love and friendship,” Ms Zaidi said.

“It’s a symbol of love, love overcoming adversity and a community really valuing diversity and each other.

“After these difficult times with the pandemic, we need something to bring us all cheer – and like John and Margaret, we’re all romantics in the end.”

Yvonne Field, a charity founder who watched the planting, said: “To know that’s it here for posterity, it’s here for hundreds of years to come, for me that’s really important.

“Often black history is hidden in this country, and we’ve made such a great contribution over decades and centuries.”

Please log in or register to upvote this article
Ethnic minoritiesroses

Nick Kyrgios says he 'loves' the controversy surrounding him

Timeline of allegations and investigations into Chris Pincher