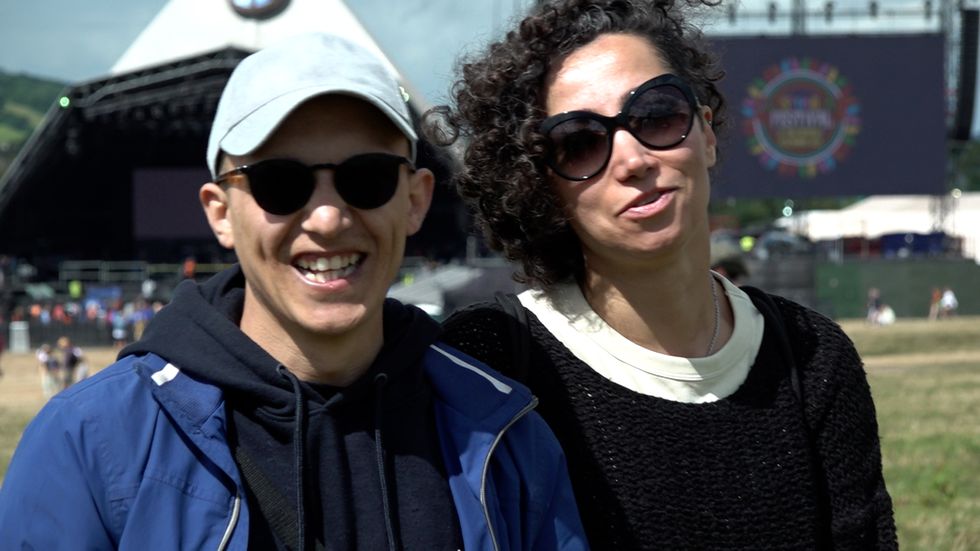 Members of a refugee choir have spoken of their excitement about performing at the Glastonbury Festival, describing it as a “massive platform”.

The Citizens of the World Refugee Choir was founded in 2015 in response to the Syrian refugee crisis, and is now made up of 50 people, with refugees from more than 30 different countries.

Aref Hussaini, 23, is Afghan but grew up in Pakistan. Speaking to the PA news agency, he said: “Our community has been under the persecution of extremists like the Taliban and other extremist groups in Pakistan.

“We’ve been targeted… that’s why I left (Pakistan)”.

He arrived in the United Kingdom at the start of 2020, and saw a leaflet for the choir while being processed by authorities in a refugee hostel.

“I absolutely love singing. When you’re in a choir it’s easier. You have the support of your mates around your”, he told PA.

Mr Hussaini said he was “really looking forward” to the choir’s performance, but added he had also watched Billie Eilish’s set at the Pyramid Stage on Friday night.

Sonia, 38, who chose not to share her surname, is originally from Iran and now a member of the choir.

She told PA she was “thankful” to be involved, adding: “In this crazy situation we are in with the Tory government doing all that unfair and unjust stuff sending refugees back to Rwanda, this is a kind of fighting back as a refugee being here.

“I’m thankful for this situation and opportunity”.

She described the choir as a “platform for everyone, equally”, saying they are “raising our voices, singing loudly, proudly from our heart and telling the audience that our blood is the same colour.”

Anna Vryzhan, 28, an event organiser, is originally from Mariupol, Ukraine – a city that has seen heavy bombardment since Russia’s invasion.

She was in Kyiv when the invasion began, and decided to leave the country in early March.

She came to the UK as part of the Government’s Homes for Ukraine scheme, and is hosted by a fellow choir member.

She told PA the choir allows people to be “united in one place, all of them from different parts of the world.

“It didn’t have this experience before (of) such kindness, such welcome, (it) helps you to forget about everything.”

Becky Dell, the musical director, told PA that when the choir began the team behind it said “it would be an amazing goal to play at Glastonbury…and here we are.”

The choir is a 50/50 split of refugees and non-refugees, and calls itself a “rainbow tribe”, according to Ms Dell, because “none of us look the same as each other – it’s amazing.”

She said the choir hopes to “elevate the narrative around refugees; too often the story is ‘poor refugees’, it’s sending them far away.

“We wanted to show refugees in a different way. They are displaced human beings first and foremost.”

Please log in or register to upvote this article
GlastonburyMusicRefugeerefugees