Salvador Dali masterpiece to go on display in Spanish Gallery 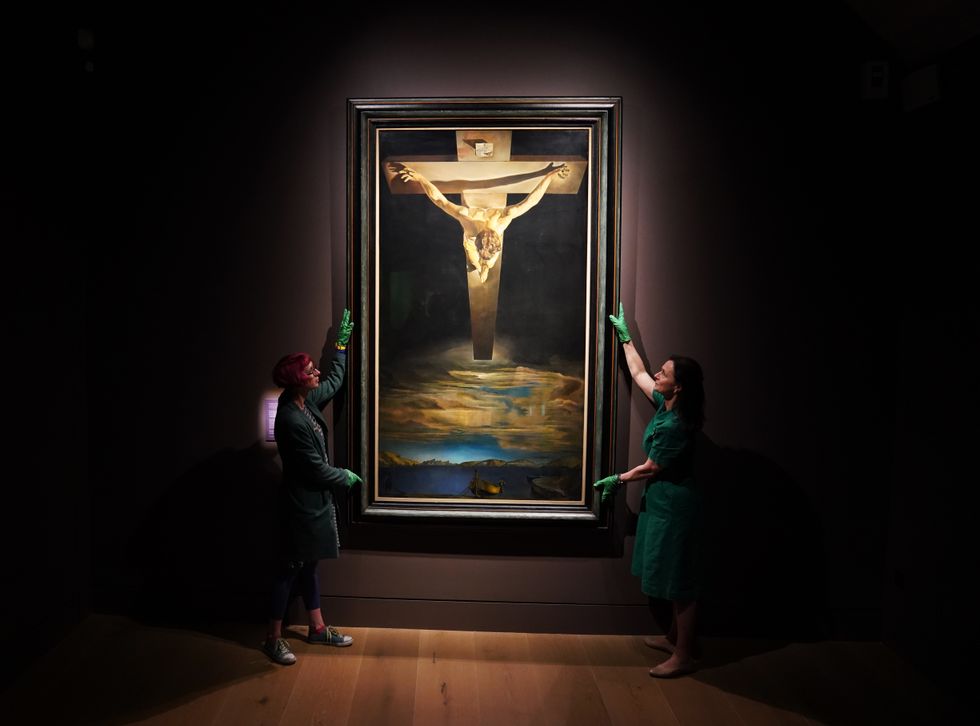 A Salvador Dali masterpiece loaned to the Spanish Gallery in Bishop Auckland will help tell the story of the Spanish Golden Age during its five-month installation.

The artwork titled Christ of St John of the Cross has been transported to its temporary home in County Durham and will be displayed alongside El Greco’s Christ on the Cross – uniting the two Spanish masterpieces.

El Greco depicts Christ as a living man with the dramatic contrasts of light speaking to an experience of anguish, forcing the viewer to come face-to-face with Christ’s suffering.

While Dali presents a beautiful but anonymous figure viewed from above, emphasising his role as the Son of God and the magnitude of his sacrifice.

Founder of The Auckland Project Jonathan Ruffer thanked the “wonderfully generous” Glasgow Life Museum for loaning the painting, adding “mere words of thanks really are not enough”.

He told the PA news agency: “I’ve always been a great believer in the power of incongruity and one of the reasons that we have a Spanish gallery is because of how unlikely it is that there should be such a thing.

“To have a picture as important as Dali’s is really a wonderful thing.

“The Spanish Gallery is about the Spanish Golden Age which really got going in earnest from the 1590s and was finished probably 70 or 80 years after that.

“We’re telling a story and the Dali picture really helps us to tell that story. The crucifixion is probably the most painted of all religious images in the world.

“The death of Christ was a really central thing back in the 1600s and here we have somebody painting a picture which by the 1950’s was a very unfashionable thing to do, and almost unique to be doing it with the the sense of realism that Dali brought to it so it raises the question what is that picture about and if you out it next to El Greco, whose pictures of the crucifixion are extraordinarily powerful, it asks the question what do you see when you look at these things.

“It stops being just about the two pictures in front of you and it becomes about you, what do you see when you look at.”

The masterpiece arrived on Tuesday ahead of its public display at the gallery from July 9 to December 4.

Speaking about viewing the masterpiece for the first time, Mr Ruffer added: “It’s bigger than you’d think, we’re used to seeing it on a postcard.

“I went on holiday in Croatia three or four years ago and off the high street there was a tattoo shop and you could choose between 15 different things to have tattooed, one of them was Dali’s crucifixion, how about that for fame.”

The Spanish Gallery is the UK’s first gallery dedicated to the art, history and culture of Spain during the 16th and 17th centuries and was officially opened by the Queen of Spain.

Duncan Dornan, Glasgow Life’s head of Museums and Collections, said: “Displaying this treasured painting in a new way enables us to widen our understanding of the incredible artist, Salvador Dali who painted this iconic artwork, which remains a favourite with Glaswegians and visitors to the city.

“Glasgow’s art collection is considered one of the finest in Europe and loaning key pieces allows people across the country to access and enjoy them, bolstering our reputation.”