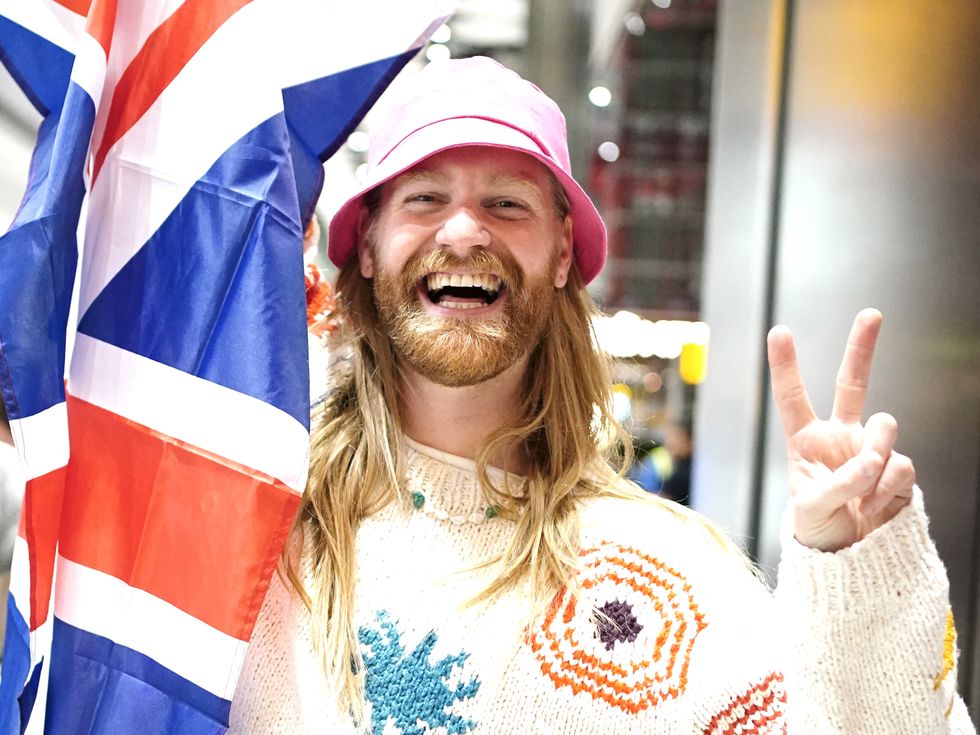 British Eurovision star Sam Ryder says he is “still processing” his experience at the international singing competition after he finished in second.

The singer and TikTok star, 32, said he was planning to watch the whole programme over again on Monday and “just enjoy it all over again.”

He appeared on BBC’s The One Show after a full day of media attention which also saw his song Space Man tipped to top the UK music charts by the end of the week, and his success in Turin was even referenced in EastEnders.

“I’m still processing… is it real? Did it happen?” Ryder told One Show presenters Alex Scott and Jermaine Jenas.

“I’m going to watch the whole thing back again tonight and just enjoy it all over again.

“When you’re there just experiencing it, not just as a performer but as a fan, being in that arena and feeling the palpable joy – it’s like being in a church.”

“Everything that Eurovision celebrates and is about is the best of us and I’m so so grateful that I got to experience it.”

Hands up if someone said this to you today! @BBCEurovision #EastEnders https://t.co/p3AGe6jau6
— BBC EastEnders (@BBC EastEnders) 1652725888

Ryder said that before the results had even started coming in on Saturday night he and his team were “already stoked”.

“There was nothing we needed more, we had got everything from the experience, we were totally fulfilled,” he said.

His success was referenced in long-running BBC One soap EastEnders, which aired immediately after his appearance on the One Show and just two days after Eurovision.

Space Man can be heard playing in the background of the opening scenes as characters Callum Highway (Tony Clay) and Frankie Lewis (Rose Ayling-Ellis) discuss the results.

Clay appears upset about his relationship with husband Ben Mitchell (Max Bowden), to which Ayling-Ellis jokes: “This is about the Eurovision isn’t it?

“But Ukraine deserved that win and there’s always next year.”

Clay replies: “You know I never used to watch it, and then Ben got me into it and… Nil points every year, the one year we don’t watch it together we get second.”

A special update issued by the Official Charts Company on Monday indicated that Space Man is sitting at number three behind Cat Burns and last week’s chart-topper Harry Styles.

Space Man would be the first Eurovision single to hit number one in the UK since Gina G’s Ooh Ahh (Just A Little Bit) in 1996.

Martin Talbot, chief executive of the Official Charts Company, said: “The UK has gone Eurovision crazy this year, so it is fantastic to see Sam Ryder’s Space Man making a genuine bid for number one in the Official Chart this week.

“Let’s hope he can go one better than his second place in Turin and lead the field in the UK’s Official Singles Chart.”

Ryder, from Essex, uploaded cover songs to TikTok during lockdown and caught the attention of global stars including Justin Bieber and Alicia Keys.

He signed to the Parlophone record label, part of Warner Music Group, and released his debut EP The Sun’s Gonna Rise in 2021.

He landed at London’s Heathrow Airport on Sunday wearing a pink Kalush Orchestra hat, a celebratory nod to this year’s winners.

Speaking on BBC Radio 2, Ryder said Ukraine “needed” the win and were “always going to win” after the Russian invasion.

“It’s so important that we use the platform of Eurovision to celebrate solidarity and to shine light into darkness,” he said.

Boss treats employees to an all expenses paid trip to Bali