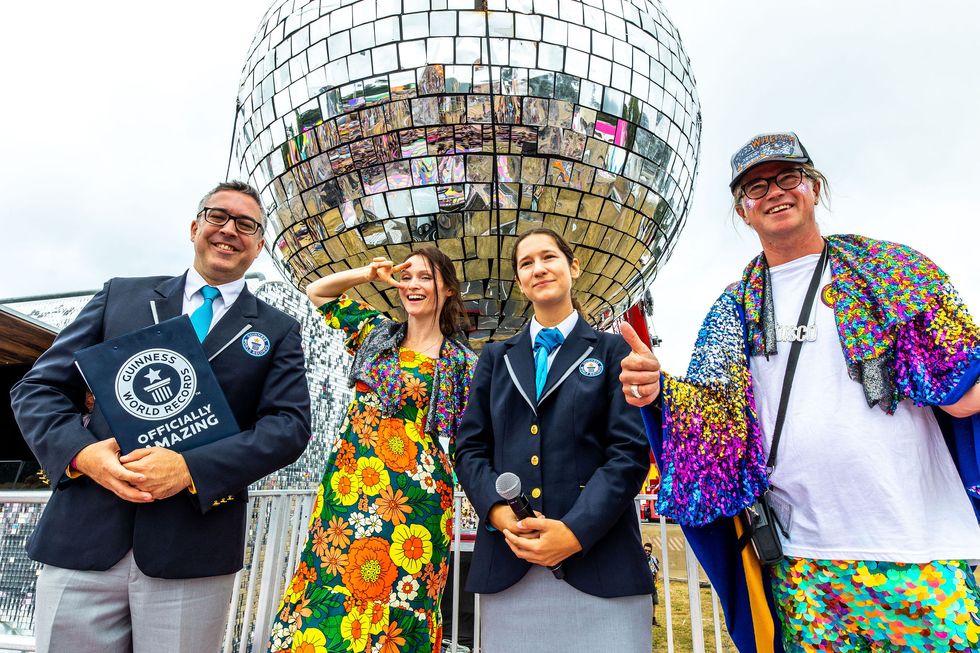 The singer, who hosted virtual kitchen discos during lockdown, gave the rallying cry on Saturday for 598 attendees to dance their way into the history books.

Dancers donned their finest sequins and boogied by a giant disco ball in celebration of the Dorset festival’s desert island disco theme.

Ellis-Bextor said: “From my own Kitchen Disco to a fully-fledged all-sequin disco extravaganza in the glorious grounds of Lulworth Castle, I am so thrilled to have played a sparkling part in helping Camp Bestival achieve the official Guinness World Records title for the Largest Disco Dance.

“Congratulations to all you fabulous disco Kings and Queens.”

The Murder On The Dancefloor singer hosted regular live-streamed disco performances from her home during the pandemic to uplift the spirits of her family and fans.

The dance held at Camp Bestival was led by Claire Hodgson, the founder of performing arts company Diverse City, to the soundtrack of Sister Sledge’s disco anthem We Are Family with her brother Tom Hodgson choreographing the routine.

The record was verified by Guinness World Record adjudicators Jack Brockbank and Anouk de Timary after the official count, breaking the previous record by more than 274.

Hodgson said: “Choreographing and leading an attempt for the Largest Disco Dance with my sister, Kim, and brother, Tom, was a dream come true.

“Disco occupies a massive part of my life and it was truly inspiring to see so many dancers of all ages and abilities coming together to dance, laugh, and celebrate breaking the record together.”

DJ Rob da Bank and his wife Josie, who co-founded Camp Bestival, hosted the event which also raised funds for the festival’s charity partner, the Ellen MacArthur Cancer Trust, which supports young people aged eight to 24 to look towards a brighter future living through and beyond cancer.

“We are thrilled to have broken the Guinness World Record for the Largest Disco Dance in true Camp Bestival style.

“It was amazing to see families and people of all ages come together and show off their best disco moves under the dazzling glitter ball.

“As well as having a huge amount of fun, we’re incredibly proud that the attempt has raised funds for the Ellen MacArthur Cancer Trust.

“Huge congratulations to all dancers involved.”

Church organist, 89, honoured in surprise presentation by Prince of Wales