Ten-year-old takes on triathlon in memory of stillborn brother 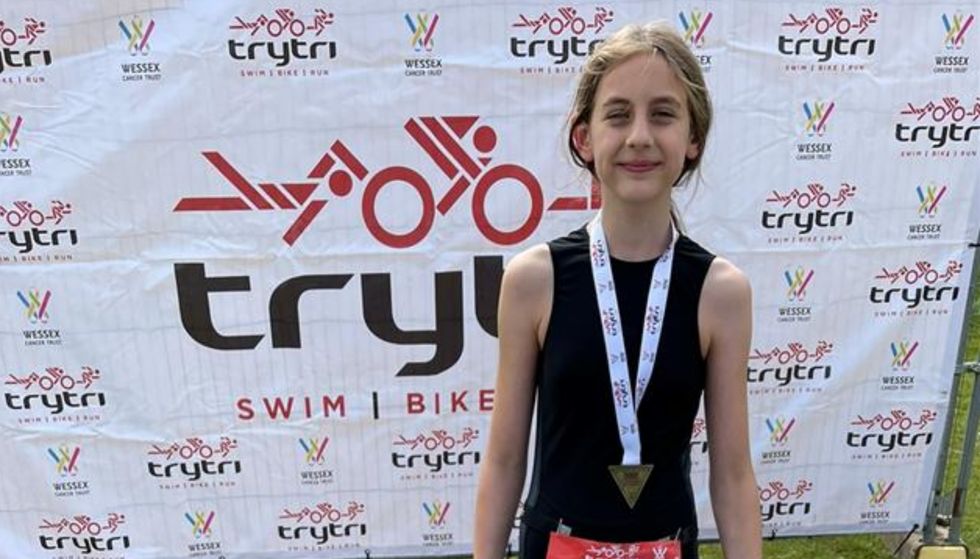 A ten-year-old taking on a triathlon in memory of her stillborn brother has said she wants to “share his name with the world”.

Lottie Denman hopes to complete the two-day challenge for her brother Joshua and raise funds for a children’s hospice.

Lottie will take part in the Henley Kids Triathlon, which consists of a 50m swim, 2km cycle and 1km run on Saturday July 9, and a half-mile open water swim in the River Thames the next day.

Lottie said: “I am excited for the challenge as I am doing it for my brother and it makes me feel close to him.

“I am doing this challenge to share his name with the world.

“I’m very proud to be Joshua’s sister and want to make him proud by giving something back to the hospice that gave him, and us, the best care.

“I wanted to fundraise for Chestnut Tree House as they helped me do arts and crafts when I visited my brother, as it was very emotional. I always left knowing my mum and brother were in good hands.”

After completing her first triathlon last year, Lottie decided to challenge herself to take part in two children’s triathlon events a year to raise money and awareness.

Funds raised by Lottie’s Henley triathlon will be donated to Chestnut Tree House, a children’s hospice in West Sussex that cared for her brother.

Joshua Francis Denman was stillborn in May 2018 following an MRI scan eight months into the pregnancy that found he had toxoplasmosis, an infection that damaged his brain and skin.

I’m very proud to be Joshua’s sister and want to make him proud by giving something back to the hospice that gave him, and us, the best care

Lottie and Joshua’s mother, Fiona, said Lottie found the process “really hard” at first but added that her daughter is “determined, focused and amazing”.

She said: “I’m really proud of her for taking on these challenges for Chestnut Tree House, she’s such a determined, focused and amazing little girl.

“Chestnut Tree House enabled me to spend time with Joshua and do all the things I’ve done with my other children – read a book, change his clothes and cuddle him.

“Lottie found it really hard at first, but the team helped her understand what was going on and got her strong enough to put some teddy bears in Joshua’s coffin for his funeral.

“Without Chestnut Tree House, Lottie wouldn’t be the strong girl she is today.”

The family visit the hospice’s memory garden every year to remember Joshua.

Please log in or register to upvote this article
FundraisingPA Ready