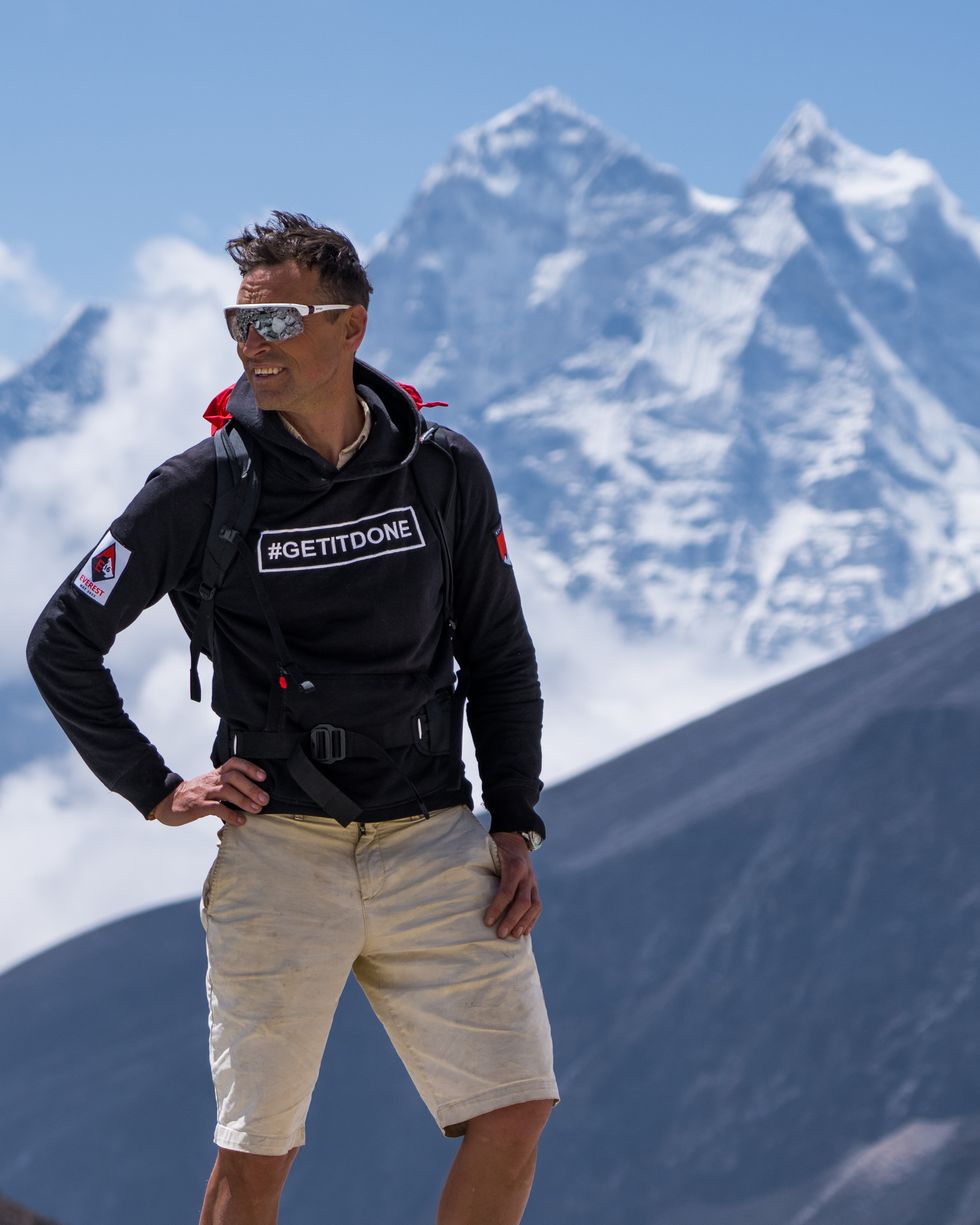 Kenton Cool will be the first non-sherpa to reach the 8,849-metre summit for the 16th time (Elia Saikaly)

A mountain climber who was told he would never walk again unaided after an accident in his 20s is looking forward to celebrating with a beer as he aims to complete a record-breaking climb of Everest.

Kenton Cool, 48, hopes on Saturday morning to reach the 8,849-metre summit for the 16th time, which would be the most by any non-Sherpa.

Speaking to the PA news agency via satellite phone from Everest’s Camp Three, at a height of around 7,100m, Mr Cool said he was feeling “relatively confident” about the remainder of the trek.

But he admitted to a “slight nervousness about what lies ahead”, in part because of the number of people attempting to reach the summit at the moment.

“Apparently there are 100-plus summits today, which is great, but what you don’t want to be caught up in is a traffic jam, for want of a better word,” he said.

“When you’re 8,000-plus metres in the death zone, the last thing you want to be doing is hanging around.

“So that slight nervousness I have, which I think is healthy, is just trying to get an understanding about the uncontrollables that are all around us.”

Mr Cool, an elite International Federation of Mountain Guides Associations guide, boasts several notable achievements, including being the first person to complete the Triple Crown of Everest peaks in one push without returning to base camp.

On his latest trip, he is leading British fitness entrepreneur Rebecca Louise in her first trek up the mountain.

He said conditions were good for the summit, with a “great weather forecast” and a “great team”.

“Overconfidence on a mountain like Everest is a dangerous thing, so nothing is assured until you’re back down at base camp,” he said.

“Fingers crossed we’ll be at base camp in about three days and we might be able to crack a beer and celebrate Rebecca’s first summit, my 16th summit and a successful descent by all the Sherpa team.”

In his previous 15 trips up the mountain he has acted as a guide to a number of famous people including Sir Ranulph Fiennes and broadcaster Ben Fogle.

Mr Cool’s achievements are all the more remarkable given he was told he was unlikely to walk again without the aid of a cane after shattering both heel bones in a rock-climbing accident in 1996.

He defied those predictions with a year of surgery and therapy but still has chronic pain.

“At the end of a hard day in the mountains or if I go for a big run, then I end up walking a little bit like Forrest Gump, if truth be known,” he said.

“So it still does affect me and I just have to adjust my approach accordingly.”

He said he is “properly passionate” about mountain climbing and that his “persona is inextricably linked” to it.

“Even if I couldn’t climb the big mountains I think I’d still go tracking or climbing lesser mountains and I’d just adjust my approach to things so I could still enjoy the outdoors.”

Please log in or register to upvote this article
Himalayas