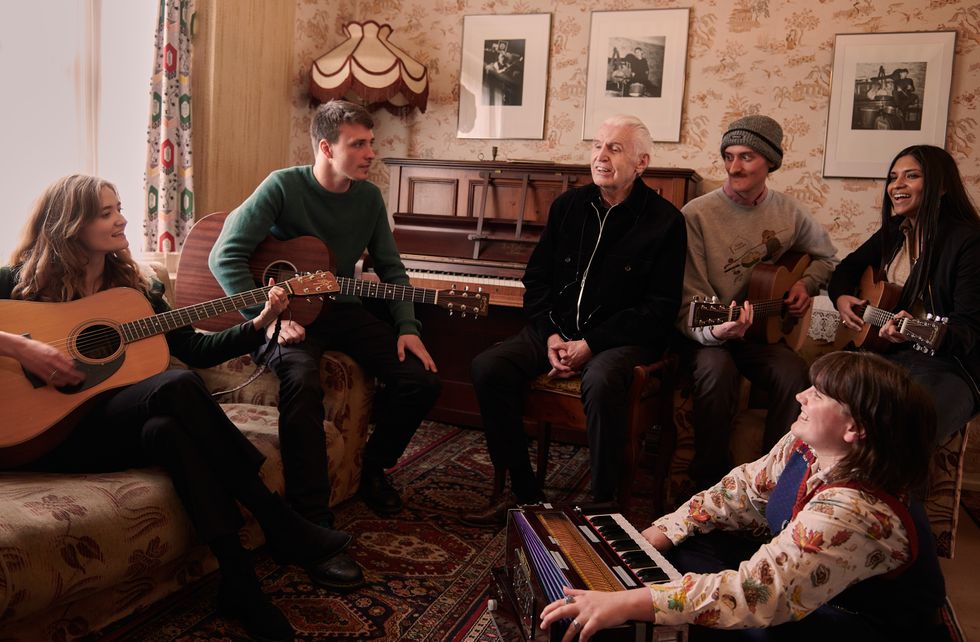 Four unsigned musicians will be bringing live music back to the childhood home of Sir Paul McCartney in celebration of the former Beatle’s 80th birthday.

The National Trust, who look after 20 Forthlin Road in Liverpool, are hosting The Forthlin Sessions, which will see live music heard at the “birthplace of the Beatles” after nearly 60 years.

The acts – Serena Ittoo, Humm, Emily Theodora, and Dullan – will record the sessions on Friday with the performances being broadcast on the charity’s social media channels on June 18 for Sir Paul’s birthday.

The National Trust launched the project in April as it wants the house to “continue to inspire new generations of creativity”.

As part of the scheme, the four acts have written music which was inspired by a visit to the house.

Singer-songwriter Ittoo, from Enfield, will sing Sound Of Hope, which she said is based on how Sir Paul would use his music as a “creative expression of freedom and finding his identity”.

The group said they were inspired by the complicated emotions attached to the house by exploring the “happiness and hope” but also the “grief and loss felt by the family”.

The McCartney family moved to the house in 1955 and within a year their mother Mary died, leaving her husband Jim to raise 14-year-old Sir Paul and 12-year-old Mike alone.

Emily Theodora from Richmond, London, will sing her song titled Crossword which she explained was influenced by reading Sir Paul’s book where he recalls how his father could “juggle words” and loved crossword puzzles.

Wrexham-based producer and songwriter Dullan will play Back Inside, which he said is about the idea of music returning to 20 Forthlin Road, with lyrics exploring reunion.

They will be joined by Jan Holberg, who will perform a cover of Sir Paul’s song My Valentine, having been given personal permission to do so by the singer himself.

Visual artist Mike McCartney, who is the younger brother of Sir Paul, said: “I’m delighted that the home our kid and I grew up in is still – 60 years on – able to inspire a new generation of musicians through The Forthlin Sessions.

“It’s been fantastic hearing live music once again coming from our childhood home.

“Sixty years ago, I was here capturing the Beatles as they started on their journey to success and today, I am here to witness the start of some great new artists’ journeys.

“It was clear from the entries to The Forthlin Sessions that we have such a wide breadth of untapped talent here in the UK and I hope that this story – from an ordinary house in an ordinary street, amazing things happened – inspires more people to express themselves creatively.

“We want our little house to keep inspiring people for generations to come.”

Mike McCartney was part of the judging panel alongside music writer Pete Paphides and The National Trust’s Celia Richardson.

Richardson said: “The creativity that came out of 20 Forthlin Road has made such a huge impact on people’s lives over the years.

“Bringing music back to Forthlin Road through The Forthlin Sessions shows how the stories of the places we care for can keep inspiring creativity among new generations.

“We can’t wait to see how these new talented acts get on.”

The Forthlin Sessions will be broadcast via the National Trust’s social media channels on June 18.

Glastonbury gates open as hundreds queue overnight to be first in