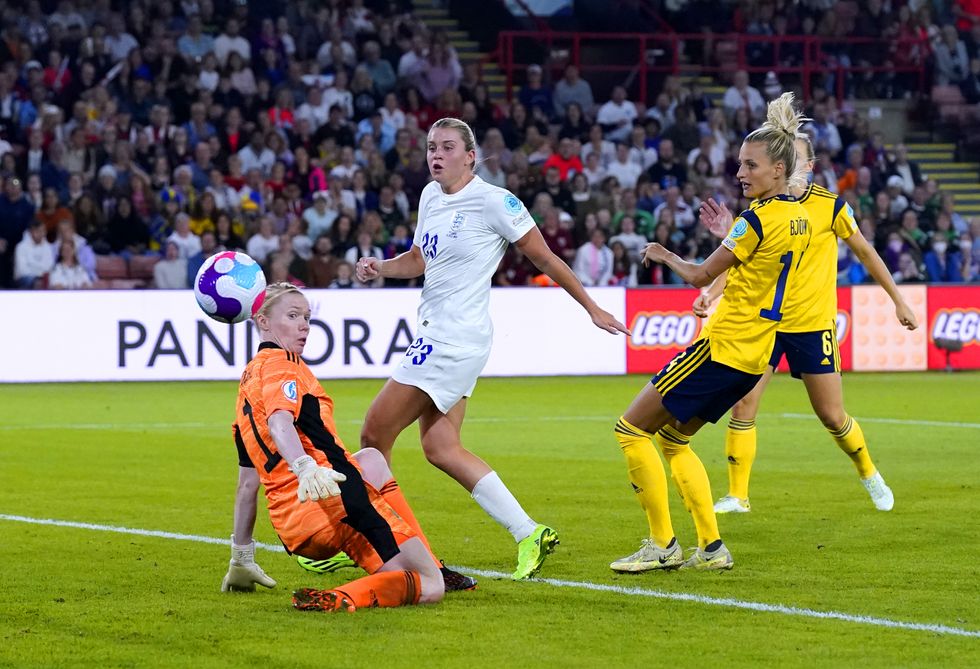 The US Embassy in London has shared its support for the Lionesses through a video skit in which staff recreate Alessia Russo’s back-heel goal.

In a short video posted to Twitter on Friday, US Embassy spokesperson Aaron Snipe is filmed in slow-motion re-enacting Russo’s stunning shot from England’s Euro 2022 semi-final triumph over Sweden.

Mr Snipe is filmed walking along a corridor in the embassy office before being approached by a colleague who hands him papers containing the written “rules”, telling him: “As a US diplomat, you can’t take a position on this – you cannot support England in the Euro finals.”

Mr Snipe is then seen playfully scrunching up the papers into a ball, dropping the paper ball to the floor, and back-heeling it into a nearby bin to the sound of dramatic music.

Russo’s back-heel goal scored in the 68th minute on Tuesday, which saw England go 3-0 up in the match against Sweden, was described by England boss Sarina Wiegman as “phenomenal”.

The Embassy’s video, which features bunting of the England flag in its office, was shared alongside the caption: “Oh, the cheek from our own office Russo! This is no time for diplomacy. Let’s go, @Lionesses”.

Jane Hartley, the US Ambassador to the UK, responded to the video on Twitter, jokingly telling Mr Snipe to “get back to work” as “Wembley is still over 48 hrs away” – before adding in brackets: “Go, #Lionesses!”

One Twitter user said Mr Snipe had “won at Twitter”, while another pointed out: “Backheels aren’t easy are they?”

England’s semi-final victory on Tuesday was watched by an average of 7.9 million people, according to overnight ratings.

Sunday’s match, which will see the Lionesses take on Germany at Wembley, is expected to pull in an even larger audience.

Please log in or register to upvote this article
Euro 2022