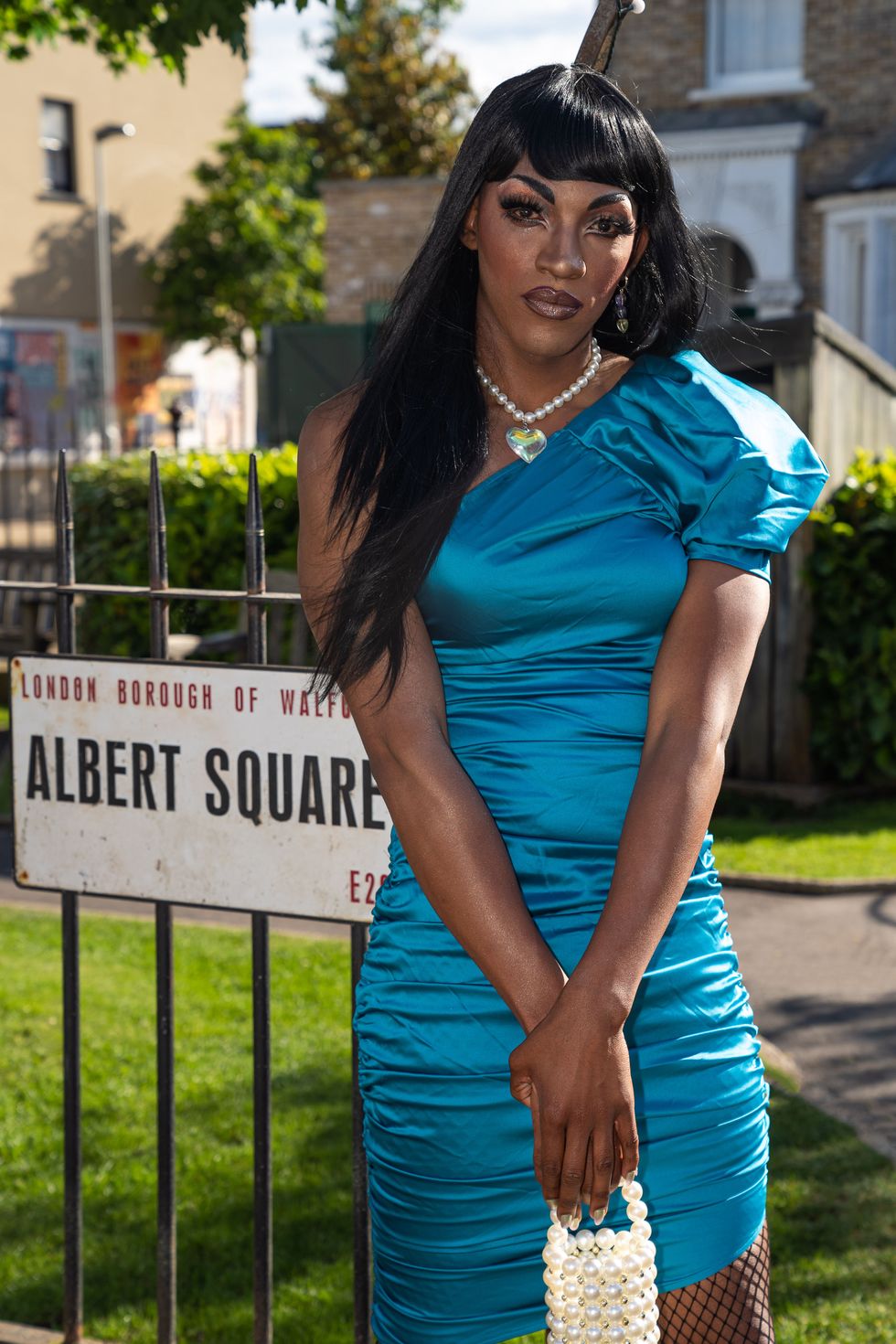 EastEnders has offered viewers a glimpse at the first drag queen character to feature on the soap.

Matthew Morrison will debut as Felix Baker, also known by his stage name Tara Misu, in scenes airing this summer.

He will make his entrance alongside Avery and Finlay (Ashley Byam), his older half-brother.

In first-look pictures, Tara Misu is seen wearing a blue bodycon minidress with fishnets while clasping a handbag in front of Albert Square’s famous road sign.

He said: “I am blessed to have the opportunity to step into the heels of the fierce Tara Misu as part of my role on EastEnders.

“It’s a privilege to represent the LGBTQIA+ community and to showcase the creative art of drag to both viewers at home and the residents of Walford.”

EastEnders also shared a video on its social media channels showing Matthew getting tips on his drag transformation from a former RuPaul’s Drag Race UK contestant.

Please log in or register to upvote this article
EastEnders