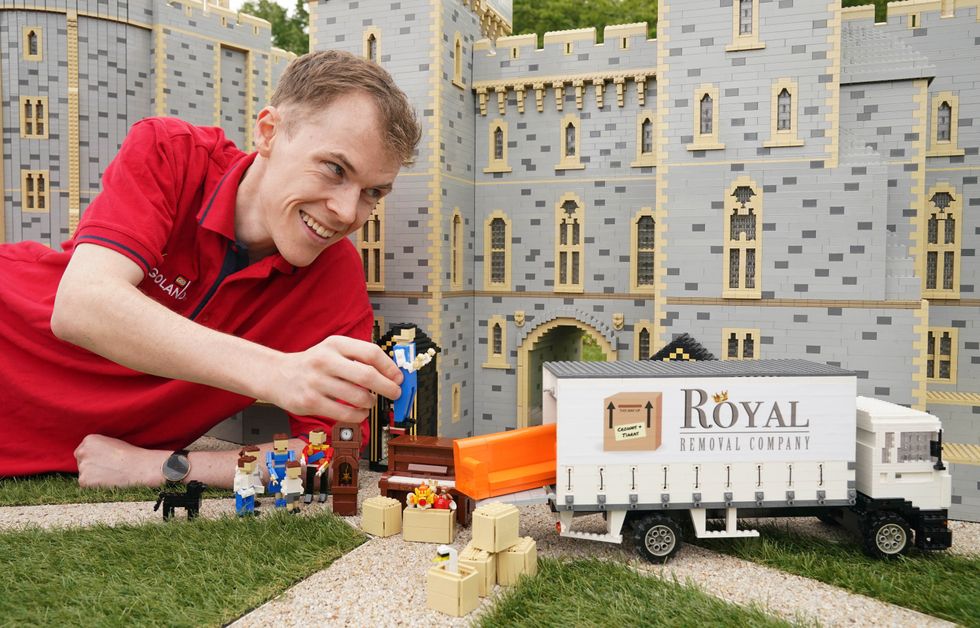 The Duke and Duchess of Cambridge have been invited to meet their Lego doppelgangers to celebrate their move to Windsor.

Legoland Windsor Resort unveiled new miniature Lego models of William and Kate and their three children, showcasing a Royal Removal service to celebrate the news of their move to Adelaide Cottage next month.

Legoland model maker Will Metcalfe hopes the family will be able to meet their miniature likenesses one day.

“If possible we’d like to get them to come down, the royals, to come and have a look for themselves and actually meet themselves in Lego,” he said.

“I think that’d be quite fun for them!”

The Cambridges are seeking a life in the country away from their official residence, Kensington Palace in west London, in a bid to put their children first and give them more freedom.

The Queen gave them permission to lease the four-bedroom 19th century cottage, which belongs to the Crown Estate.

It was built for Queen Adelaide in 1831 and is a 10-minute walk from Windsor Castle in the private Home Park.

The moving-in scene – which was built using 4,100 Lego bricks and took 19 hours to create – can be seen in the resort’s Miniland attraction from September until the end of autumn.

The figures will be placed outside the Lego brick creation of Windsor Castle, which comprises 39,000 pieces.

Paula Laughton, chief model maker at Legoland Windsor Resort, said: “The resort has always had a special connection with the royal family so to welcome our new neighbours, our talented model makers are giving the royals a brick-tastic housewarming present by recreating the family in miniature form.

“The Royal Removal scene will go on display throughout September, and we hope to welcome the duke and duchess and their family to the resort to see their figures very soon.”

People are impressed that King Charles, 73, could march the procession

Please log in or register to upvote this article
LegoLegolandRoyalsWindsor