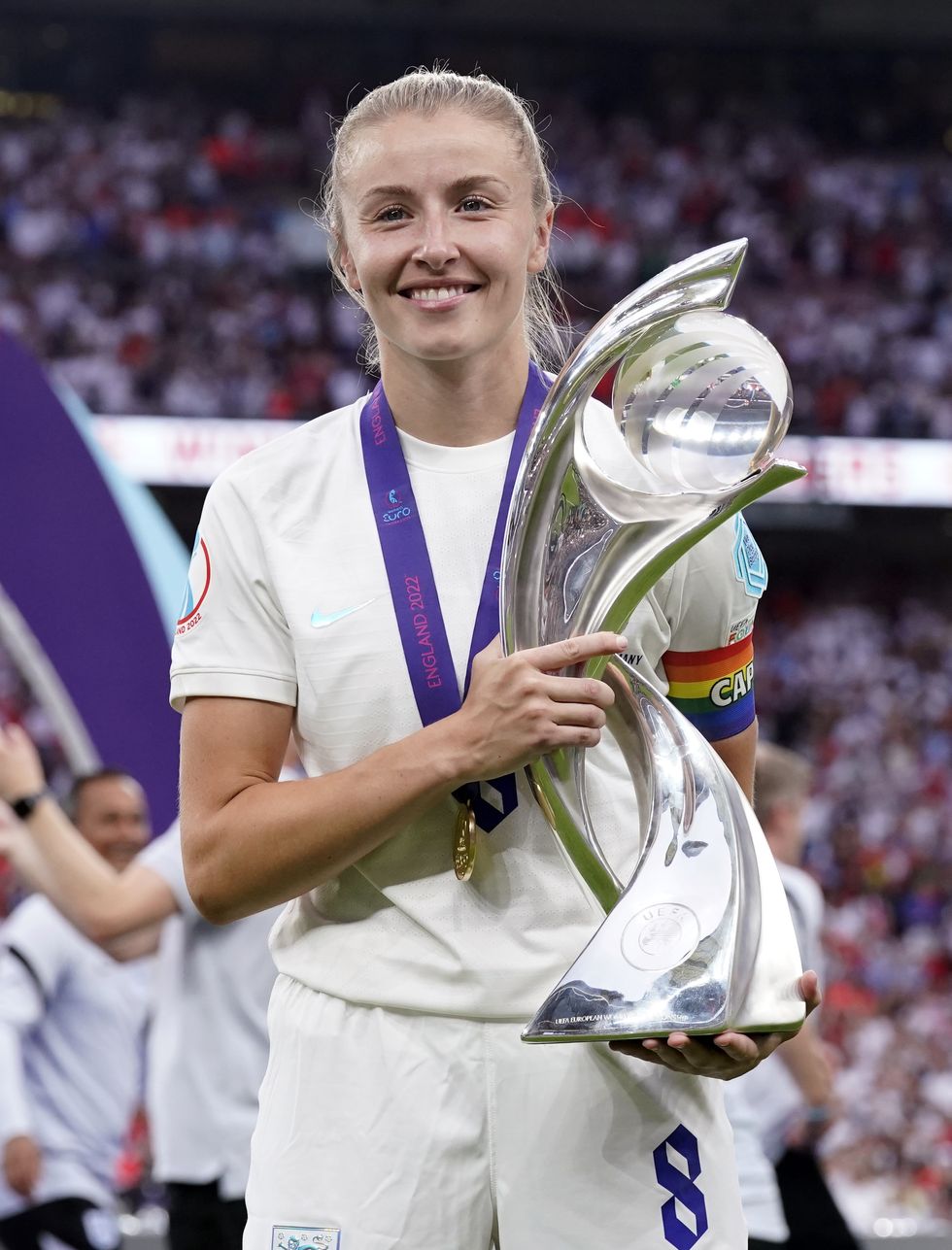 England women’s football captain Leah Williamson has revealed what inspired her to become a footballer.

The 25-year-old led the Lionesses to victory in the Women’s Euro 2022 tournament last month as they beat Germany 2-1 in a nailbiting final at Wembley Stadium.

During an episode of My Sounds on BBC Sounds, Williamson selected the track Inner Smile by Texas and revealed the song, which features in 2002 film Bend It Like Beckham, reminds her of why she wanted to become a professional footballer.

Williamson said: “I’ve chosen it because I grew up watching Bend It Like Beckham, I wanted to be a footballer because of that film and this takes me back there.”

The film follows teenage girls Jesminder and Juliette, known as Jess and Jules, as they battle against their parents’ wishes to pursue careers in professional football.

During the programme, released as part of a series to celebrate the BBC’s centenary, Williamson also chose songs including Picture Of You by Boyzone, Adele’s Hold On and Thinking Of You by Sister Sledge.

She described her selection as a “hand-picked playlist of songs that make me feel calm, composed and energised”.

Williamson also chose Vanessa Amorosi’s 2000 track Absolutely Everybody, saying: “It’s a feelgood tune and it reminds me of my teammates.”

Also on the Arsenal star’s playlist was Drive And Disconnect by NAO, Jocelyn Brown’s Somebody Else’s Guy and Bring It All Back by S Club 7.

Each celebrity curator has designed a mix for different moods with music that is personal to them, exploring the stories behind some of their favourite songs.

Williamson described her selection as “music that gets me in the zone, removing distractions so I can focus on the game”, and concluded with Does Your Mother Known by Abba and Afraid To Feel by LF System, which is at number one on the Official Singles Chart.

Williamson’s episode of My Sounds is available now on BBC Sounds.