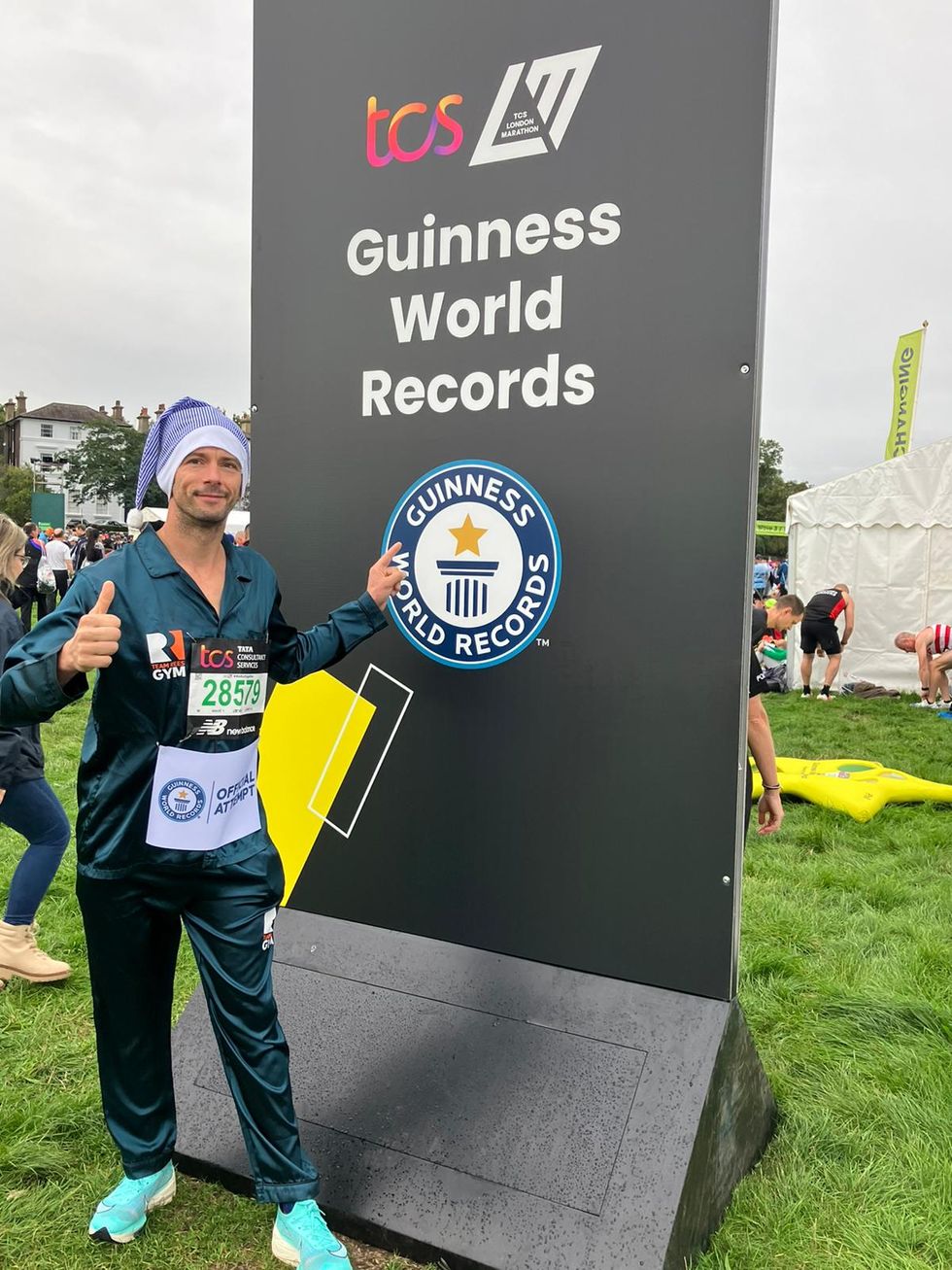 A man who broke the Guinness World Record for the fastest marathon by a male dressed in pyjamas has said it “didn’t really surprise” his family.

David Jones completed the London Marathon on Sunday in 2 hours, 47 minutes and 15 seconds.

His time was more than four minutes faster than previous record holder Julian Rendall’s time of 2 hours, 51 minutes and 45 seconds.

The 41-year-old said the training he received in the armed forces was integral to completing the challenge.

“To be honest, my family know that I’ve always been a fit man and try my best when I do anything so it didn’t really surprise them,” he told the PA news agency.

“They just said ‘You should be getting slower at 41 and not getting quicker’, but they were all very proud of me and everyone that knew me thought I could give it a good go.

He added: “I don’t think a lot of people thought I wouldn’t be able do it, so the pressure for the last week was intense.

“They just thought I’m a bit crazy, but I’ve always liked to push myself.”

Asked how much harder it was to run in pyjamas, Mr Jones said: “You definitely sweat profusely and over that kind of distance you feel it a lot earlier.

“I’m not really one to sweat too much when I run normally, but in these pyjamas it’s unbelievable how much you sweat – even after 5k I was dripping.

“Both that and the mental side of it, knowing that you’ve got the pyjamas on and you’ve got to wear your hat all the way through it, it’s really difficult mentally.”

Mr Jones successfully raised more than £1,000 for ABF The Soldiers’ Charity, an organisation which supports current and former members of the British Army and their families.

He and his girlfriend came up with the idea of going for the record after joking about it while watching the 2021 London Marathon in bed.

Mr Jones dedicated himself entirely to the challenge for six months, training at home and while on holiday wearing pyjamas.

He said: “I enjoyed the end, and I slowed my pace down for the last few kilometres because I knew I had done it, so I soaked up the atmosphere and it was absolutely amazing.

“I was so happy, and to see people in the crowd cheering me on… I felt really proud and it made it all feel worthwhile because I have put a lot into this.

“I am not an elite runner by any stretch, it has been just pretty much me with no coach.”

Mr Jones attributes a chunk of his success to his partner, Penny Holborn, who has supported him in training and was there to greet him at the finish line.

The runner said: “Whatever happens now, it doesn’t matter if somebody breaks the record in six months or a year.

“Not many people can say that they are in the Guinness World Records (book) for doing something – it almost feels a bit unreal.”