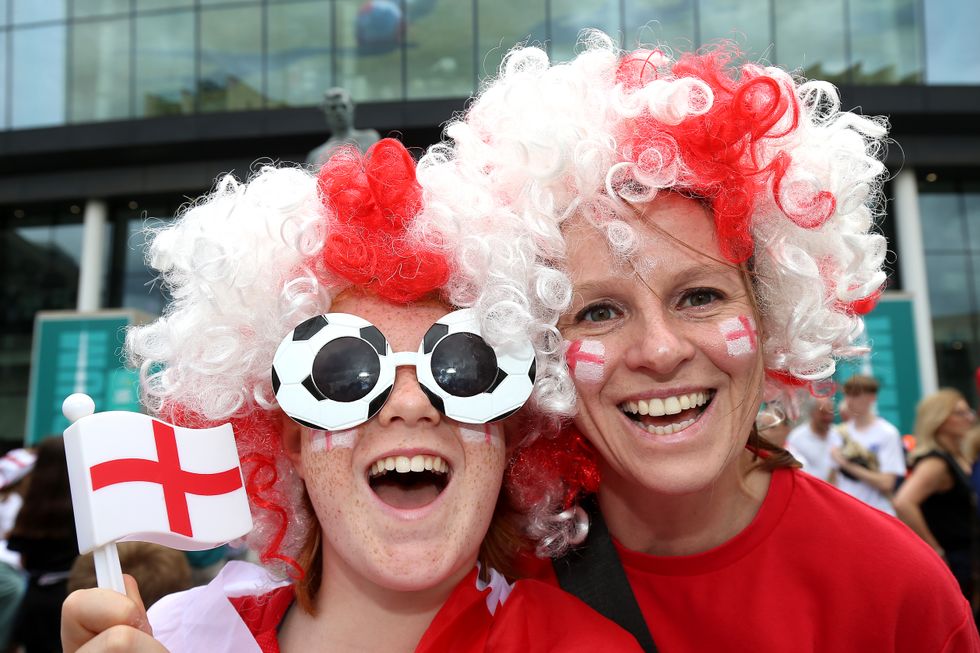 Mothers attending the Euro 2022 final with daughters who play football have praised the England team for showing girls “can play”.

Among the 90,000 fans filling Wembley Stadium on Sunday afternoon – hoping to watch the Lionesses beat Germany in the final- were family groups, including young women and girls.

Rachael Wilson, from Preston, was with her daughter Holly, who plays for Manchester United’s under-13 girls.

Helen Charlesworth said: "This tournament has definitely helped grow the game and support for it"

“We are so proud of the team for showing that girls and women can play football.

“The atmosphere is going to be out of this world with (the song) Sweet Caroline.

“We think England will win, with goals from Beth Mead and Ellen White.”

Childminder Helen Charlesworth, from Orpington, Kent, was with daughter Darcey, 22, who has enjoyed football from the age of eight and started playing with boys as there were no girls’ teams around.

Despite playing at centres of excellence, and doing “so well”, her daughter missed out due to a “lack of funding” in the women’s game.

Ms Charlesworth went on: “I’m feeling nervous but excited. When we got the tickets last year it was a dream that England would be in the final and now it’s come true.

“To be at a home tournament is amazing.

The team is so strong and there is a real team spirit about them.

“The fact that the women’s game is growing is amazing.

“This tournament has definitely helped grow the game and support for it.”

Jade Monroe, 31, from Hackney, north-east London, said she hopes a win for England could inspire her six-year-old daughter to do “anything she wants in life”.

Tens of thousands of fans were around Wembley Stadium hours before the final, with the atmosphere calm and positive.

A sea of England shirts and flags were pouring into the stadium, amid the sounds of blowing horns, chanting and waving clappers.

Emma Newman, 21, a student from Whitby, North Yorkshire, said: “It’s a really nice atmosphere, people are just here to see the match and nothing else.

“It’s right that fans aren’t causing trouble, these women are inspiring and deserve to be supported properly.

“I just hope they can get the job done.”