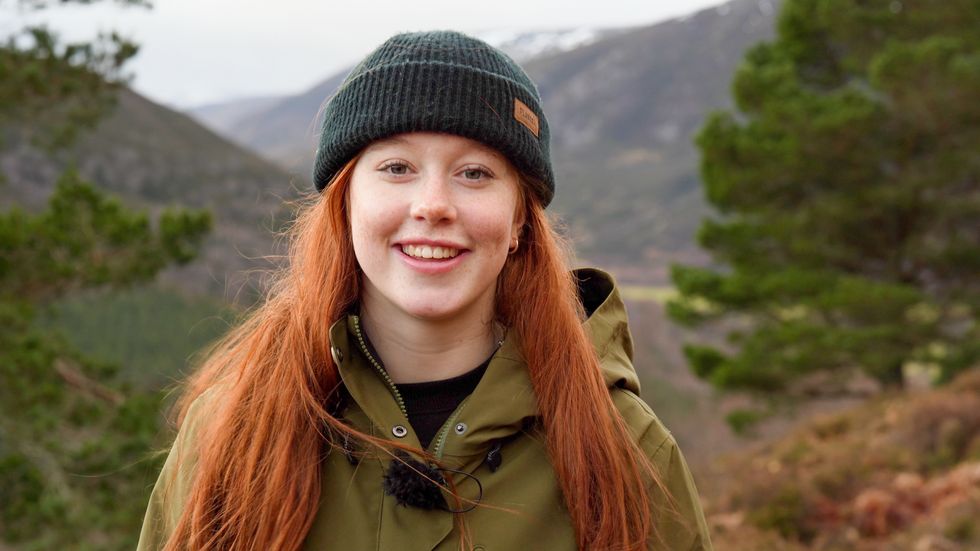 A 17-year-old Scottish skier who is currently in Beijing to compete in the Winter Olympics has won a prestigious youth award.

Kirsty Muir, from Aberdeen, has been crowned the eighth winner of the Scottish Youth Award for Excellence in Mountain Culture for her freestyle skiing.

The award celebrates adventurous young people and the outdoor pursuits in which they excel.

Muir has been noted for big air, a sport when skiers/snowboarders slide down a high ramp that curls up at the end and shoot themselves into the sky while doing tricks and twists.

She also performs slopestyle, which involves tricks and jumps on a sloping course with multiple ramps and obstacles, and halfpipe – in which competitors perform a series of tricks while going down a pipe.

She won silver in the freeski big air competition at the 2020 Winter Youth Olympic Games in Lausanne, Switzerland – a moment considered the biggest breakthrough in her career so far.

Touted as a strong medal contender in Beijing, Muir has been described as a “one-in-a-generation athlete” by former Olympic snowboarder Lesley McKenna.

Speaking about receiving the award, Muir said: “I am honoured to be this year’s recipient of the Scottish Youth Award for Excellence in Mountain Culture.

“I hope I can inspire people to get out into their local areas and give sports a go.”

Muir, who has been nominated for the European Olympic Committee’s 2021 Winter Piotr Nurowski Best European Young Winter Athlete prize, started out on the dry slopes at Aberdeen Snowsports Centre aged about four.

She began to hone her freestyle craft aged seven, and has gone on to win multiple awards – including a slopestyle World Cup medal in Aspen, Colorado, at 16, and several under-age titles at the British Indoor Championships Ski & Snowboard and The Brits Championships.

Lydia Rohmer, principal and chief executive at West Highland College UHI, which sponsors the youth mountain award, said: “We are delighted that this year’s recipient is so very clearly a young person passionate about achieving her dreams.

“Kirsty is committed and driven to overcome any challenges that come her way to reach the top in her sport.

“These qualities of resilience and determination are what we endeavour to instil in all our students, as well as a keen desire to share their knowledge and expertise by teaching others, and we clearly see these qualities in Kirsty too.

“We wish to send our congratulations to Kirsty and wish her every success in her future career.”

The youth version of the award was then established in 2015

Please log in or register to upvote this article
AberdeenSkiingWinter Olympics