Ukrainian refugee, 11, to be celebrated by team and fans at Gillingham FC 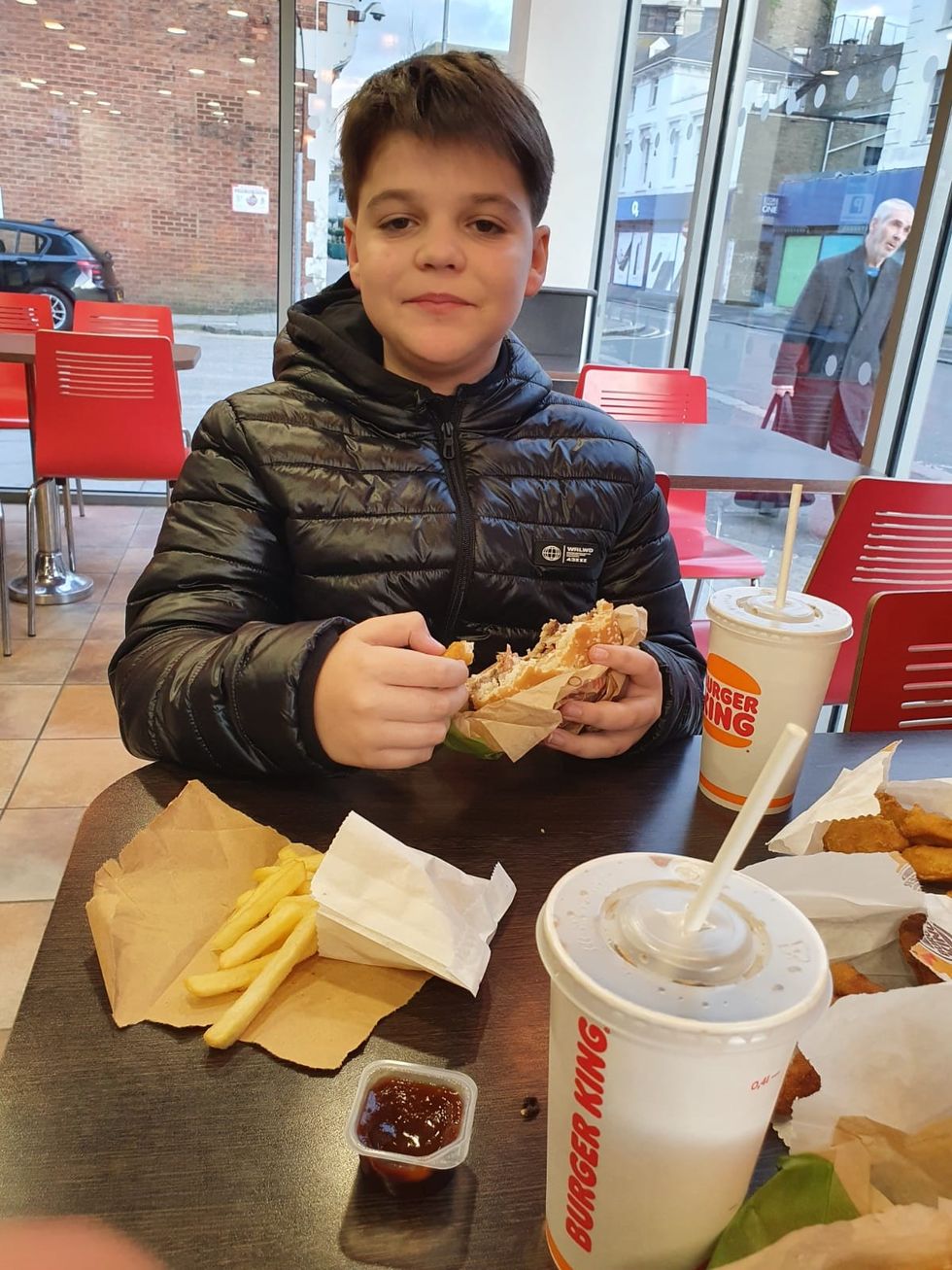 An 11-year-old Ukrainian refugee is set to be celebrated by the team and supporters at Gillingham Football Club during their clash with Fleetwood Town on Monday.

Daniel Lysak and his mother Yana fled their home near Lviv in western Ukraine and arrived in England on Friday April 8 to their UK sponsor’s house in Folkestone, Kent.

British host and Gillingham fan Malcolm Bell had initially hoped Daniel would be given a shout-out at the League One match but has now organised for Daniel to be introduced to the squad, given a tour of Priestfield Stadium and flank the team’s captain on the pitch.

Malcolm Bell and his wife, Marina, are UK sponsors for Yana and Daniel Lysak (Malcolm Bell)

“It’s just a new world he’s experiencing and it’s just great to be part of that for him to be fair.”

Mr Bell said one of Daniel’s wishes upon arriving was to see a live football match.

He reached out on a local Gillingham supporters group on Facebook in the hope that the club’s announcer on match days would see it but did not expect his appeal to escalate the way it did.

“It was just to try and get that shout-out so that Daniel can hear his name during the game and actually be quite surprised,” Mr Bell explained.

“And it was from there that everybody picked up on it and wanted to support him – there’s people that bought Ukrainian flags, and (said) ‘We’re going to be flying them at the ground.’

“The fan base have been fantastic, (they have) bought shirts, training tops for Daniel – so many offers I could actually put a football team together from them.

“We’ve got Amazon vouchers, people have sent through money… One chap wanted to pay for a day out and that was elected to be a West End musical.”

Two staff members at the club were soon in touch with Mr Bell about organising a special experience for Daniel.

“So they just wanted to make his day special.”

“His brother is in the army and he’s down on the front lines, so he’s scared stiff about that,” he said.

“His Dad is in the Territorial Army… Daniel’s gone through every day with air raid sirens, they are haunting.

The two will walk out on the pitch at Priestfield Stadium together as the team look to survive relegation to League Two.

Mr Bell said the way the club reacted to welcoming Daniel has “restored my faith in human nature”.

“The fan base have been so supportive, it’s made me a proud Gillingham supporter,” he said.

“And how the UK have reacted to the Ukrainians – I’m even more proud of because so few have offered anything less than massive support.

“The great thing is you can see that Yana and Daniel feel that they’ve been accepted everywhere we go.

“A lot of the guys are saying on this (page): ‘We’re going to sing, There’s Only One Daniel Lysak,’ so if they do that, that’ll be me gone – I’ll be a wreck in the corner.”

Please log in or register to upvote this article
FolkestoneGIllinghamLvivRussiaUkraine