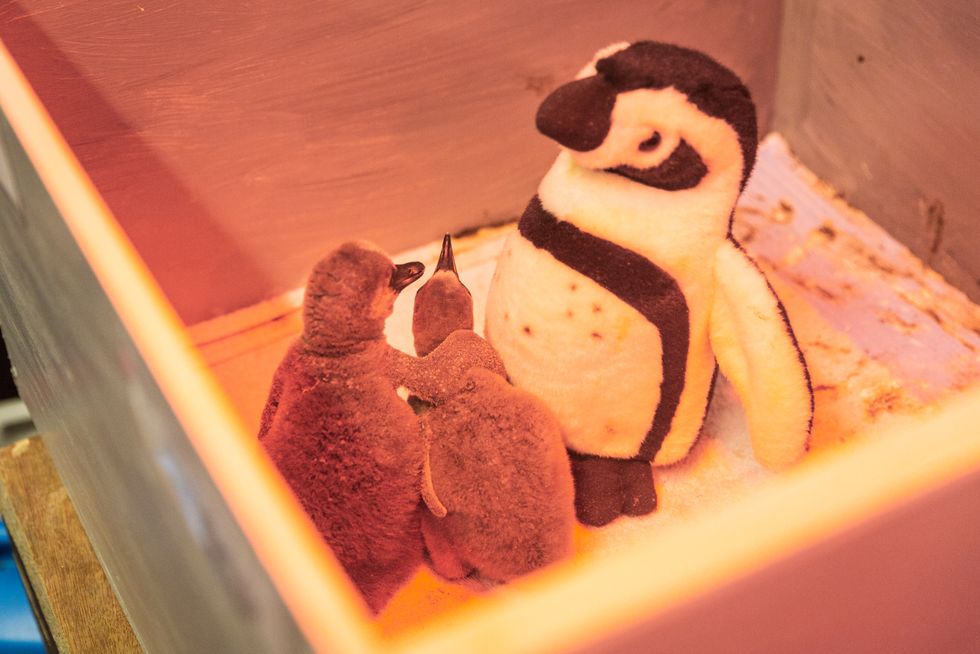 Zookeepers are using toy penguins to help care for several one-month-old chicks, after their parents were unable to look after them.

The five Humboldt penguin chicks at ZSL London Zoo have been named after famous people and events from the last 70 years in honour of the Queen’s Platinum Jubilee.

One of the chicks, Hillary, was named after Sir Edmund Hillary, who became the first person alongside Sherpa Tenzing Norgay to scale Mount Everest in 1953, and another was named Apollo, to mark the moon landing in 1969.

Bobby has been named in honour of England football captain Bobby Moore, who led the team to World Cup victory in 1966, and Bernie was named after Sir Tim Berners-Lee, who invented the internet in 1989.

The fifth youngster has been named Mac, after Dame Ellen MacArthur, who sailed around the world non-stop to set a new world record in 2005.

Penguin keeper Suzi Hyde said: “During breeding season we check the nests on Penguin Beach every day, keeping an eye out for any chicks who might not be feeding enough or whose parents are struggling to care for their brood.

“These five chicks all had first-time parents who needed a little bit of extra support, so we were happy to swoop in – with a little help from a few soft toy penguins, donated by the zoo shop, for them to snuggle up to.

“When these five chicks arrived, we decided to mark Her Majesty’s Platinum Jubilee by naming after some of the historic moments that have taken place during her incredible reign.”

The chicks all hatched between April 14 and April 24 and have spent the last four weeks indoors under the warming glow of a heat lamp.

Each chick is weighed every morning and hand-fed three times a day with a special diet of blended fish, vitamins and minerals, which keepers refer to as a “penguin milkshake”.

As the youngsters grow bigger they will also be weaned on to small portions of fresh fish to support their development.

“The chicks have all steadily increased in weight by 10% each day, so they’re growing very quickly,” Ms Hyde said.

“They’re always eager for their next meal and make sure we know it’s feeding time.

“They may be only a month old, but they’ve definitely perfected their squawk.”

Still covered in soft grey feathers, the as yet unsexed chicks are expected to stay in the nursery until they each reach 10 weeks old.

After 10 weeks, the chicks will have grown from 73g at hatch to around 3kg in weight.

The penguins will then be moved into the zoo’s nursery pool, which has shallow water for swimming lessons, before eventually being introduced to the 62 other penguins at the zoo.