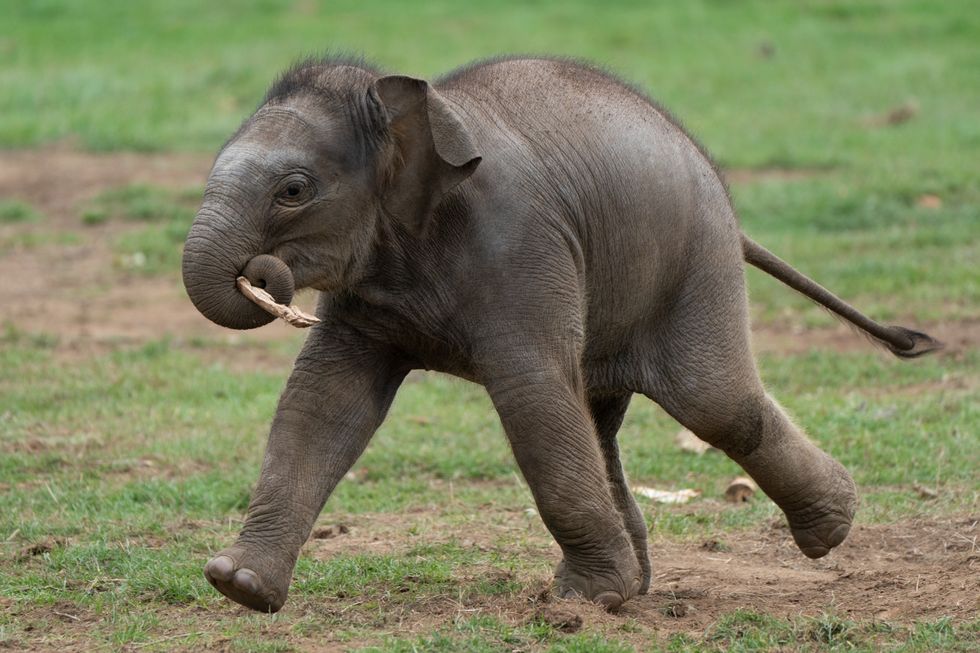 A month-old Asian elephant has been named the Thai word for Queen in honour of the late monarch, who once fed a banana to the calf’s mother.

The Queen, patron of ZSL Whipsnade Zoo since her coronation in 1953, shook the trunk of Donna when she opened the Bedfordshire zoo’s centre for elephant care in 2017 and a picture of the meeting even featured on her official Christmas card later that year.

“We were so delighted to be asked to name her.

“We wanted a name that represented who she is as a future matriarch of the Whipsnade herd, but also her part in the wider story of endangered Asian elephants, like those we work to protect in Thailand.

“Naming her Nang Phaya, which is a Thai word for queen or matriarch, seemed like the perfect way to pay tribute to HM The Queen for her work as ZSL’s patron and honour Donna’s famous encounter with her, while symbolically connecting the calf to the herds of Asian elephants in Thailand that are under threat from increasing habitat disturbance and loss which escalates human-elephant conflict and the wellbeing of both elephants and communities.”

Nang Phaya’s birth into the Whipsnade herd at the zoo on August 22 made the young calf a “really important addition” to the endangered species breeding programme for Asian elephants.

“Definitely a leader-in-the-making, Nang Phaya is energetic and playful, climbing on anything and everything and racing around the elephant habitat while her mum Donna, grandma Kaylee and the rest of the herd try to keep up.

“Although not on solid food yet, she has been experimenting with using her trunk to pick up twigs and is gradually getting the knack of using it.”

Please log in or register to upvote this article
AnimalselephantQueenRoyalUpliftingWhipsnade Zoo