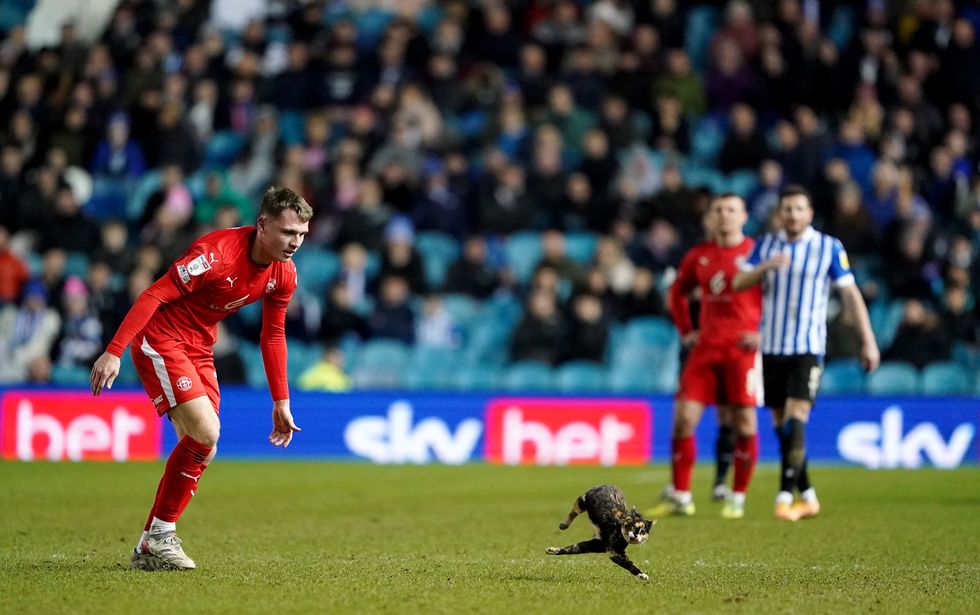 An adventurous cat gave footballers the run around on Tuesday evening after making its way onto the turf at Hillsborough Stadium.

The athletic feline made a last-gasp appearance with just minutes left on the clock during the League One match, with Sheffield Wednesday 1-0 up against Wigan.

Visiting Wigan defender Josh Kerr eventually scooped the mischievous moggy and passed it to someone pitchside before the game continued.

The game finished 1-0 to the Owls, who remain one point outside the play-off places.

Please log in or register to upvote this article
CatfootballWigan