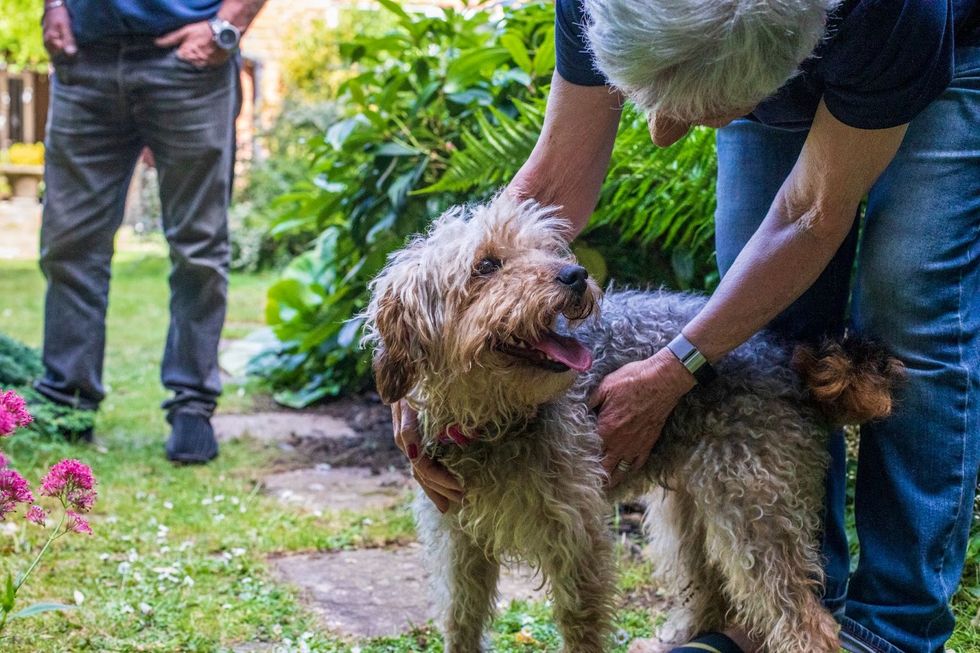 Bella with her new owners (RSPCA/PA)

An underweight and frightened dog which was thrown from a lorry has found a new home and is now “always wagging her tail”.

Vets from the RSPCA said that they were “amazed” that Freya, who has been renamed Bella by her new family, was not seriously injured after she was thrown out of a vehicle travelling at 50mph in Yalding, Kent, on January 28.

Inspector Kirsten Ormerod said: “Freya was incredibly lucky to survive after being hurled from the moving vehicle at such a high speed and vets were incredibly concerned that she may have suffered internal bleeding so performed surgery immediately.”

The RSPCA launched an investigation into the incident which has yet to be solved.

Bella when she was found by the RSPCA (RSPCA/PA)

The dog, which was frightened, underweight and had a dirty, matted coat covered in fleas, has now settled in well with owners Gill, her husband Ray and their daughter, who did not want to give their surnames, and live in Maidstone, Kent.

Gill, who came across Bella on the RSPCA’s “find a pet” website, said: “Freya is really happy here and is always wagging her tail.

“She can be a bit naughty and play bites a lot but we love her just the way she is.”

Bella with her new owners (RSPCA/PA)

She added that she “fell in love with her straightaway” and that the timing was perfect, as she was considering getting another dog following the death of her Jack Russell terrier in April.

The animal welfare charity has launched a summer appeal to “cancel out cruelty” to animals, encouraging people to donate money.

The RSPCA added that it has received 90,000 calls to its cruelty line every month and has investigated 6,000 reports of deliberate animal cruelty, which makes its work even more imperative.

Please log in or register to upvote this article
Animal crueltyAnimalsDogRSPCA