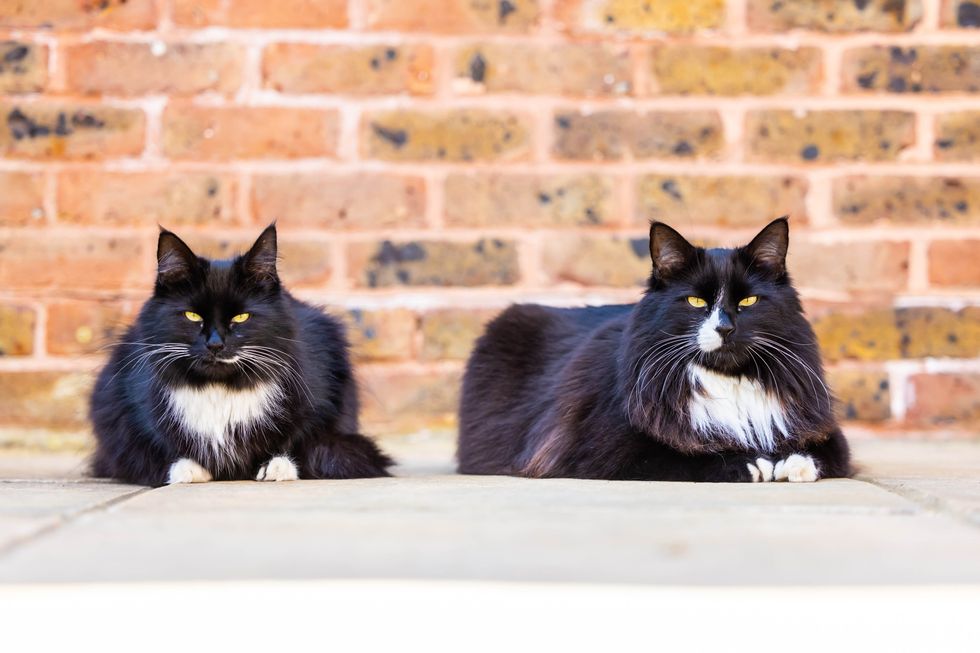 Two rescue cats who live in a hospice have won the National Cat of the Year award for the “comfort and support they bring to people at the end of their life”.

Jasper and Willow, brother and sister, were named joint National Cat of the Year 2022 for the impact they have in St Peter and St James Hospice in Haywards Heath, West Sussex.

The cats were adopted in 2018 and have lived in the hospice, providing comfort and companionship for its residents and others, ever since.

Jasper, joint winner of the National Cat of the Year (Ciaran McCrickard/PA)

Front of house manager at the hospice, Jackie Manville, said: “We are over the moon that Jasper and Willow have been celebrated for the important role they play at the hospice.

“Since they’ve been with us, they’ve brought comfort to so many people, whether it’s patients, family and friends, or staff.

“Jasper and Willow really go to show how special rescue cats are, and we’re so proud of them both.”

The awards, organised by welfare charity Cats Protection, honour the feline friends that have gone above and beyond as pets.

The decision to crown Jasper and Willow the overall winners was made by a celebrity panel including England Lioness Ellen White and actress Gaynor Faye.

Ms Faye said: “I chose Jasper and Willow because of how much comfort and support they bring to people at the end of their life when it may be all they’ve got, and because there’s two of them.

“I have a brother and sister cat and know how much comfort they bring to me and also to each other.”

Ms Meaden said: “It’s amazing to see how two rescue cats are now so happy and comfortable in their role of comforting others who are going through very difficult times.

“If ever cats can show empathy, these two do.”

The cats were awarded a trophy and prize package including a £200 voucher to spend at a pet store.

The previous winner of the main award was Minty, a three-legged cat from Holywell,  Flintshire, Wales, who helped six-year-old Connor Raven cope with severe learning difficulties and medical conditions.

In other categories, the 2022 award for Most Caring Cat was given to Misty, who belongs to Coral Jones, 22, from Poole, Dorset, who has costochondritis, a painful condition that left her bedridden and unable to walk.

Misty won the award for Most Caring Cat (Ciaran McCrickard/PA)

Misty has been supporting Ms Jones since her diagnosis at the age of 14, and helped her when she was learning to walk again and dealing with post traumatic stress disorder after her diagnosis.

Ms Jones said: “I was bedridden with very little mobility for about two years, which was incredibly hard. I was in pain, lonely and was basically watching my body waste away before my eyes.

“My one glimmer of hope was Misty, who was with me every day. She’d sit with me and was a friend when I didn’t have any others.

“When I was in a wheelchair, I sometimes felt invisible to everyone apart from Misty – she was always there for me.”

Other award winners include Chicken, who helps 11-year-old Elliot Abery from Thatcham, Berkshire, with his autism and anxiety, and Marley, who works in the Apuldram Centre in Chichester helping adults with learning difficulties.

Please log in or register to upvote this article
AnimalscatsCats Protection