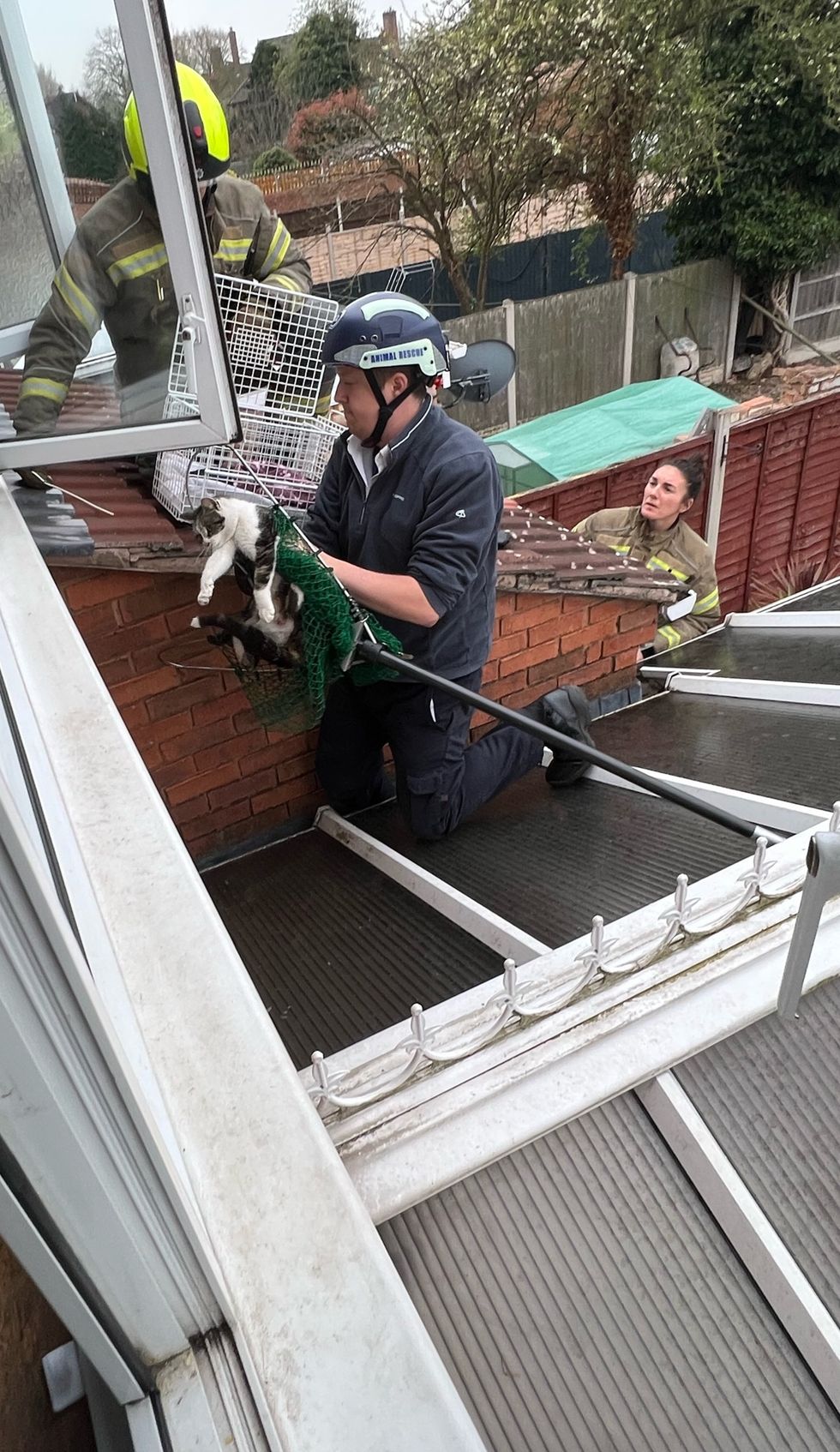 A cat and her five kittens have been rescued from the gutter of a conservatory in Birmingham after the cat gave birth there.

The RSPCA said it was called to the scene on Tuesday after residents heard a noise and realised that a stray cat was giving birth on the conservatory.

Adam Bailey, an inspector at the charity, arrived alongside a fire crew and was able to reach the three-year-old tabby and white cat and her kittens on the roof.

The kittens have been named Rain, Thunder, Misty, Foggy and Hail (RSPCA/PA)

“The mum cat had decided to give birth to her five kittens in the conservatory guttering of the property and with heavy rain due to set in we knew we had to get to them fast”, Mr Bailey said.

He added: “Alongside fire and rescue, I managed to get up onto the roof of the conservatory and slowly but surely contain the mother using a reach and rescue pole and then pick up each kitten and bring them to safety.”

Storm, a three-year-old tabby and white cat, and her five kittens, are now being cared for by the RSPCA (RSPCA/PA)

The cat, named Storm, and her kittens, who have now been named Rain, Thunder, Misty, Foggy and Hail, were taken to an animal centre to be looked after.

The RSPCA said Storm was microchipped, but it has not been able to reach the owner.

“If no owner comes forward for them they will be rehomed when ready”, the RSPCA added.

Optical illusion sees a dog swiftly transform into a cat

Please log in or register to upvote this article
BirminghamCatKittenRSPCA