Pig wanders into working men’s club after escaping from allotment 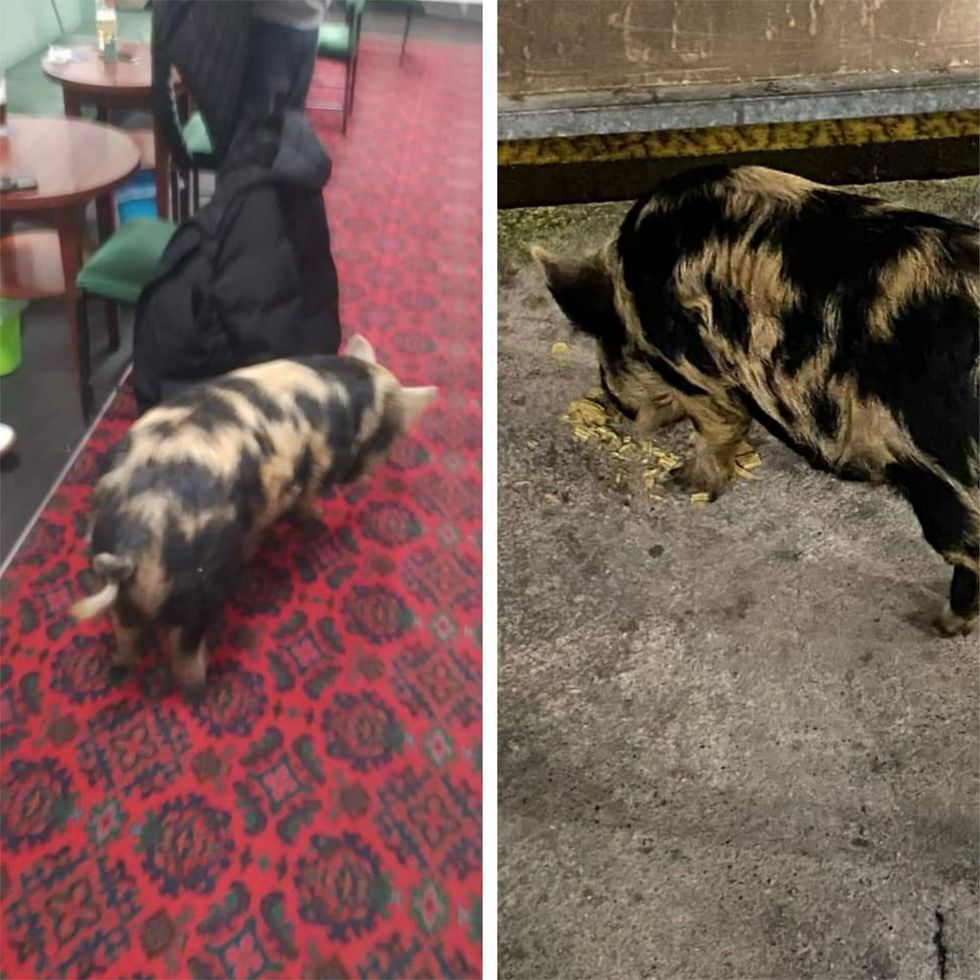 A friendly pig gave drinkers at a working men’s club a shock after escaping from an allotment and wandering into their local.

The pet pig made its way into Easington Colliery Club, in County Durham, after 10pm on Tuesday night.

After the animal approached all the customers for a stroke, they managed to lure him outside with cheese and onion crisps before someone arrived to claim him.

The bar’s stewardess, Kayleigh Parkin, said: “I live on the premises so I was upstairs, and the bar staff phoned me and said ‘I’m sorry to disturb you but there’s a pig in the bar’.

“They told me he’d been running about the bar and trying to get strokes from everybody.

“They got some crisps from behind the bar and lured him outside with some cheese and onion.

“We’ve got a garden down the bottom with a big fence so we kept him in there.

“I put it on Facebook and someone said she knew the owner so someone came to pick him up after about 15 minutes.”

The pig, believed to be called Roddy, is thought to have escaped from a nearby allotment.

Kayleigh said: “Everyone was laughing about it. It was a bit of entertainment for a Tuesday night.”

A Gen-Z guide to MSN Messenger

Please log in or register to upvote this article
County DurhamFacebookPig