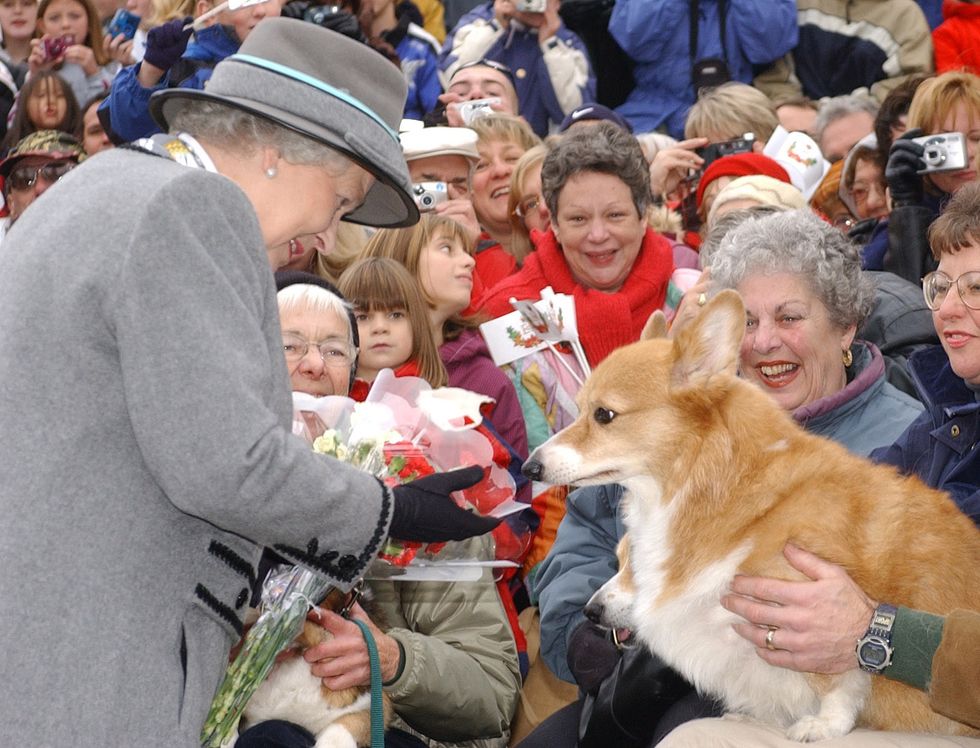 There were 1,223 of the dogs registered in 2021 which is the highest number recorded for the breed in almost 30 years, according to data from The Kennel Club (TKC).

As the nation is set to celebrate the Queen’s Platinum Jubilee, the dog welfare organisation,  which counts the monarch as its patron,  looked at the highs and lows of the breed’s popularity during her 70-year reign.

The Queen’s ownership  along with recent starring roles in The Crown TV series have played a part in putting the corgis into the public spotlight over the years.

It says that in 1944, the year that Susan who was the Queen’s first  Pembroke Corgi was born, the breed jumped by 56% in popularity.

From there, numbers rose steadily before peaking at nearly 9,000 puppies in 1960, seven years after the Queen’s coronation.

Advances in broadcasting which saw the nation scrambling around its TV sets for the Queen’s first televised Christmas address in 1957 and also to get a closer look at the Royal Family meant they also glimpsed  her much-loved corgis, according to TKC.

By 2014 just 274 puppies were born  and this record low saw the corgi being placed on TKC’s “vulnerable” native breeds list, which monitors those breeds that number fewer than 300 annual puppy registrations each year.

Another blast of TV interest was created with The Crown, the award-winning Netflix series on the lives of the royal family,  and the breed was later removed from TKC’s list of “at watch” breeds at the beginning of 2018 following an increase of 16%.

TKC spokesman Bill Lambert  said: “We are delighted to see so many dog lovers flying the flag for our native British and Irish breeds, and especially to see the Pembroke Welsh Corgi once again becoming a beloved breed nationwide, during such an important year for the Queen.

“The breed has certainly seen a boost in recent years, largely down it would seem to their starring roles in The Crown, but the Queen did play an integral part in introducing corgis to the public consciousness originally, so what a wonderful testament to her 70th year on the throne, to see her beloved breed having a resurgence in popularity.”

Diana King, a vice-president of the Welsh Corgi League, said: “With the breed growing in popularity, it is more important than ever that anyone looking to buy a corgi puppy takes the time to research their decision and doesn’t simply choose a breed based on seeing it on TV.

“Instead, they should speak to breed experts to find out more about the Pembroke Welsh Corgi’s characteristics and how it may fit in their lifestyle, as well as choosing a responsible breeder who will always prioritise the health and welfare of the breed.”

TKC said six native British breeds – including the Bedlington Terrier, Bullmastiff, Cairn Terrier, Irish Terrier, Norfolk Terrier and the Parson Russell Terrier – have been removed from the at watch list.

The  Bearded Collie, Old English Sheepdog and the Miniature Bull Terrier have all moved from being vulnerable to at watch, with the latter having almost doubled in popularity.

Boris Johnson's 'blockbuster' plans for the NHS are very confusing

Please log in or register to upvote this article
NetflixQueenThe Crown