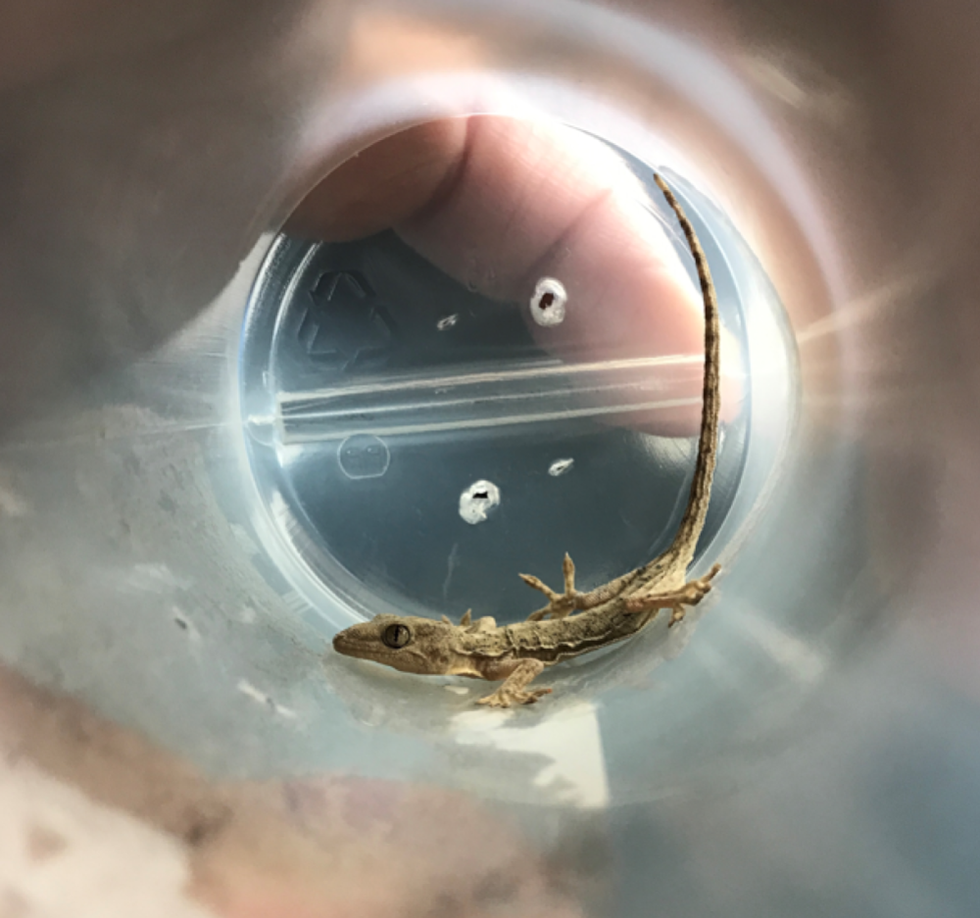 A stowaway gecko survived inside a box of musical instruments for three months as it travelled 4,800 miles from China to the UK.

The 10cm gecko, nicknamed Thin Lizard by RSPCA staff, was discovered at a musical instrument importing company in Maidstone, Kent, on Monday last week – having been sealed in an ocean shipping container in October.

The RSPCA’s Clive Hopwood came to the rescue and collected the Asian house gecko, which is now in the care of the charity’s Brighton Reptile Rescue.

“The staff were unpacking a box when the little gecko scuttled out,” Mr Hopwood explained.

“The box had been part of a shipment that had travelled over from China in a sealed ocean shipping container in October, but the box wasn’t unpacked until three months later.”

Mr Hopwood said it is “amazing” that the gecko survived the trip.

“It’s amazing that this little gecko survived such a long journey and such a long time shut inside the sealed packaging but they were able to confine him and then called us for help.

“I took Thin Lizard to our experts at Brighton Reptile Rescue who have identified him as an Asian house gecko and will find him a specialist home.”

The RSPCA said that Thin Lizard was lucky to survive as reptiles are ectothermic, meaning they rely on their environment to warm up or cool down as needed.

The charity hopes his journey will remind holidaymakers to always give their suitcases a thorough check before flying home.

Please log in or register to upvote this article
KentLizardRSPCA