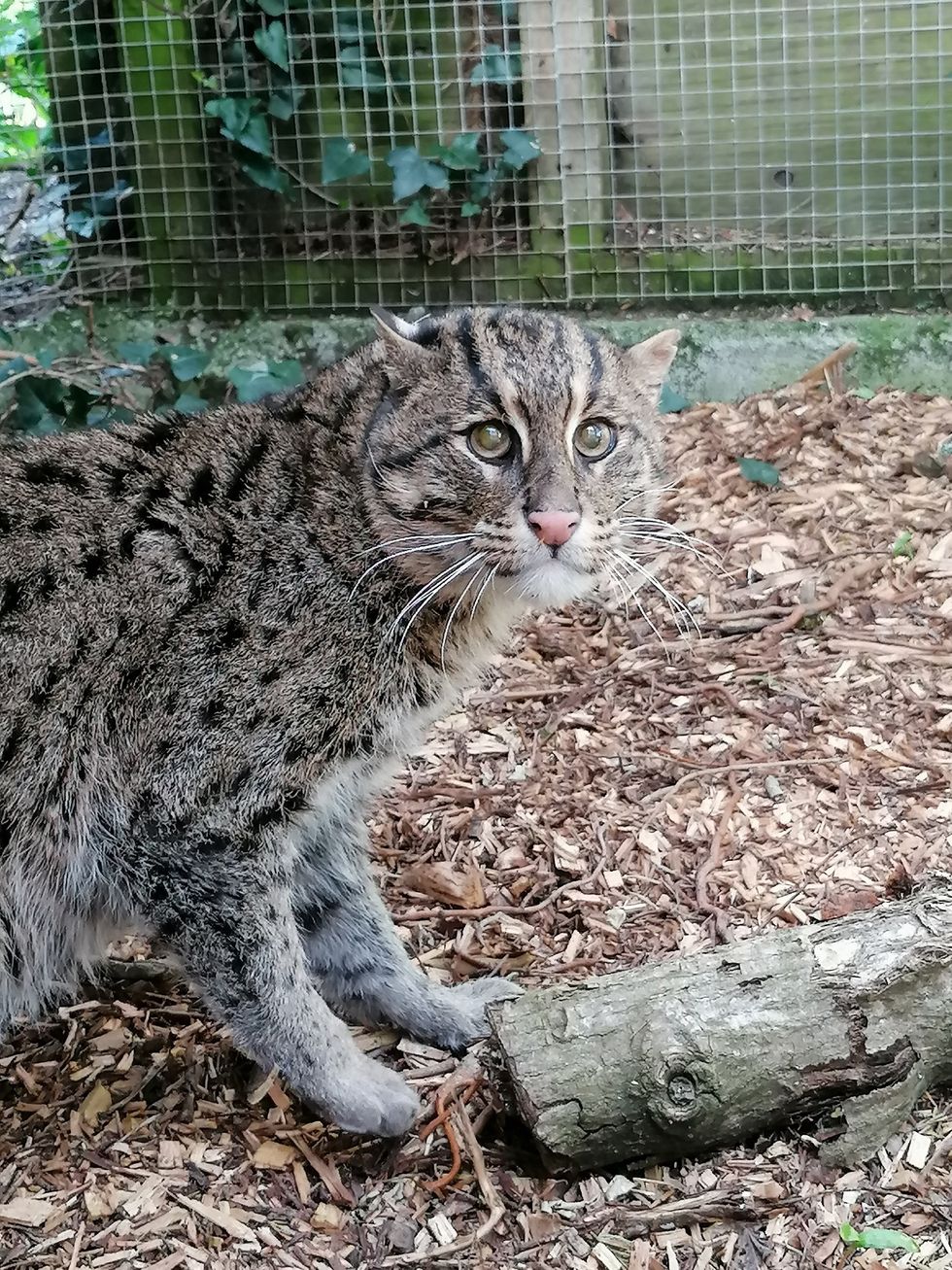 A UK zoo has welcomed a rare male fishing cat, with the hope there could be kittens in the future.

The new addition to Newquay Zoo in Cornwall, called Ozil, has been brought in to live with the zoo’s female fishing cat, called Freya.

Endangered fishing cats are medium-sized wild cats that can be found in the wetland areas of South East Asia, northern India and Sri Lanka, in places such as swamps, marshes, lakes, creeks and mangrove forests.

They are bigger than a house cat, but not as big as a leopard or a tiger, and as their name suggests, this species of wild cat hunts fish, frogs and crustaceans by diving into the water to catch their prey.

They have been observed gently touching the water with their partially webbed paws to produce waves, mimicking insects landing on the surface of the water, and catching the attention of fish.

Fishing cats are classed as vulnerable in the wild, due to the destruction and pollution of their wetland habitats.

“Our female fishing cat Freya is very shy, so it can sometimes be a challenge to spot her,” said carnivore keeper Megan McEvoy.

“However, with the addition of Ozil, visitors will have double the chance of seeing this beautiful animal.

“With any luck, we may have some kittens in the future too.”

As the number of fishing cats decline, organisations such as Newquay Zoo are playing an important role in helping to house and breed the species as part of a European breeding programme and to spread awareness of this lesser-known cat.

Wild Planet Trust, the charity that runs both Newquay Zoo and Paignton Zoo, has been working to conserve threatened wetland habitats in the South West for almost 100 years with a reserve at Slapton Ley, on the south Devon coast.

Breeding rare animals such as fishing cats not only helps to increase the population but allows scientists to observe the behaviours of the species.

Dad gobsmacked after being quoted £71,000 for a week in Cornwall