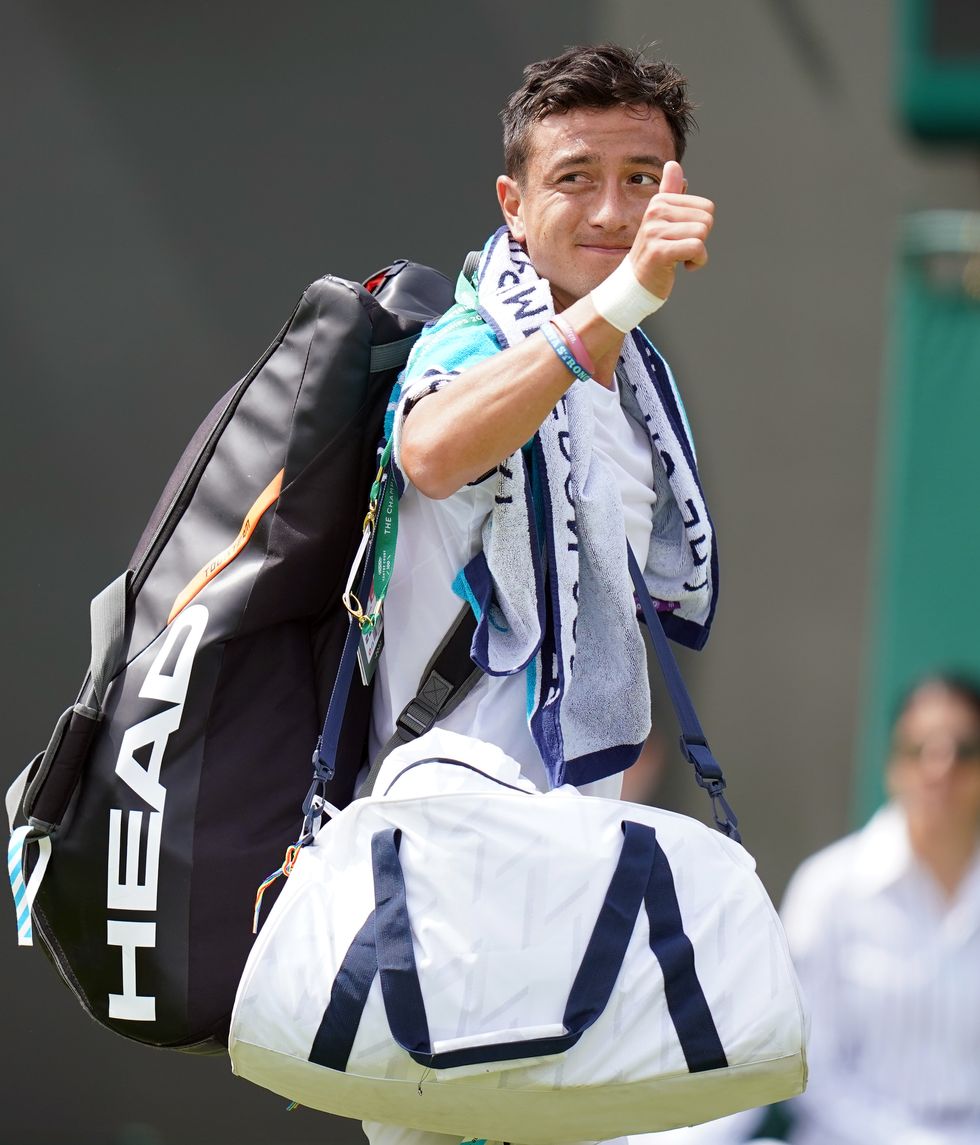 Reading Roman philosophy, investing in crypto-currency and playing mini golf are among the favourite pastimes of the British tennis stars at Wimbledon this year.

Top team GB players Ryan Peniston, Alastair Gray, and Yuriko Miyazaki spoke with the PA news agency about what they get up to off the court.

Close friends Gray and Peniston achieved their childhood dream of playing a men’s doubles match together at the championships this year.

As the underdogs, they were defeated by America’s Jackson Withrow alongside Joran Vliegen – but both scored wins in their first singles games.

Their wins put a collective £56,000 of prize money in the pot for the house they are planning to rent together in the Wimbledon area.

After playing with young children in the SW19 area during a community tennis event on Saturday, the players revealed what they will be getting up to in their new home.

Gray, 24, from Twickenham, said Peniston had got him into the Marvel franchise and he was slowly working his way through all 28 films.

He said: “I always ask him for recommendations and he’s always like, yep, and gives a scale out of 10.

“I’m running through the Marvel series right now, from the first one, and I’m now up to the Thors. I love the Iron Mans as well.”

He said his favourite film so far was Spider-Man: Homecoming, featuring Tom Holland as Peter Parker.

Gray said one of his main interests was following crypto-currency after his coach got him into the digital investments.

He told PA: “It’s a bit of a rollercoaster.

“Learning about different projects and, this is going to sound nerdy but, the future finance of the world, it’s exciting, that’s what I’m interested in.

“My coach Devin Bowen is a crypto guru and he’s teaching me the ways.

“I’m trying to get to somewhat knowledgeable like him.”

The pair said they also like playing mini-golf and enjoying “a cup of tea and a bite to eat” in local cafes.

Tokyo-born Miyazaki switched her sporting allegiance from Japan to Great Britain in March, after spending most of her life in the UK.

The 26-year-old wildcard said she had enjoyed the support of her mother, Akiko, 57, a former professional piano player, and father Yoichi, 62, who works in finance, during her Wimbledon debut this year.

“From a young age, they’ve had to sacrifice a lot for my tennis as well and I’m really grateful for that.

“It’s been my dream to play at Wimbledon since I was really young, so I think they have absolutely loved every minute of it as well.”

Miyazaki said that in the little spare time she has outside of training, she enjoys playing piano, golf, and reading about Roman philosophy.

“Recently I’ve been into philosophy books, stoicism and stuff,” she said.

“I enjoy reading lots of different types of books.”

When asked if she applied any of her philosophical learnings to her tennis game, she said: “Maybe, yes.

“It gives you some useful perspectives on life, and that goes over into my tennis as well.”

The players were taking part in a community event on Saturday at Wimbledon Park, hosted by the Lawn Tennis Association (LTA), the sport’s governing body.

All three have been knocked out of the tournament this year after close-fought performances – but they are hoping to return to the grass courts even stronger at Wimbledon 2023.

Prince William appears to swear in frustration during Wimbledon

Bug hotel and electric vehicles among green developments at Wimbledon 2022