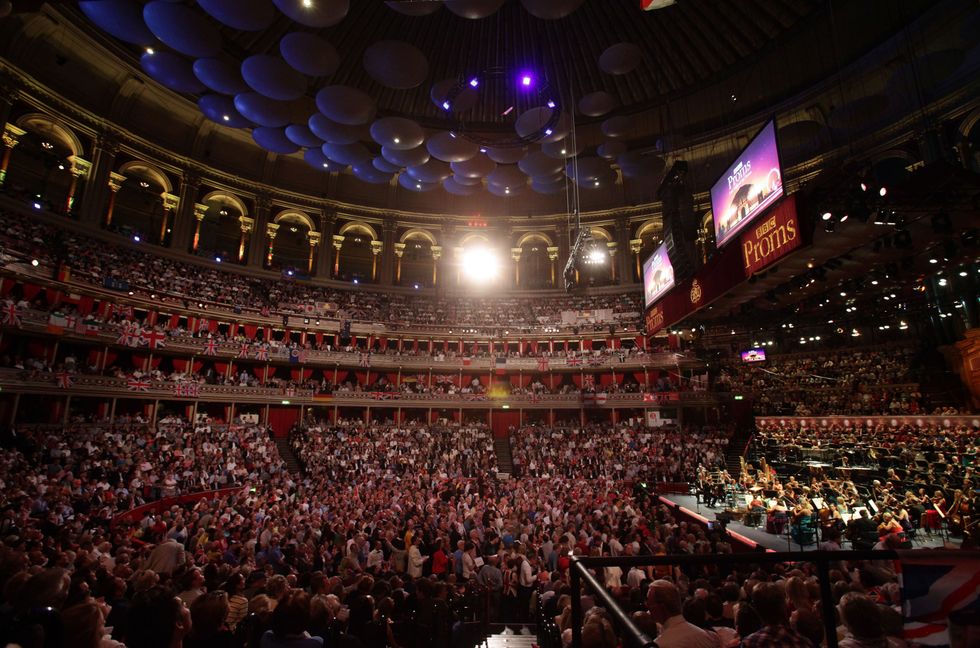 The BBC Proms will feature the newly-formed Ukrainian Freedom Orchestra as part of the eight-week season of classical music concerts.

The orchestra, led by Canadian-Ukrainian conductor Keri-Lynn Wilson, includes musicians who are now refugees and Ukrainian members of European orchestras.

The Ukraine Ministry of Culture is granting a special exemption from fighting to male members of orchestras who are of military age.

Following an inaugural performance in Warsaw, Poland, the Ukrainian Freedom Orchestra’s first stop will be in London for the Proms – which will be broadcast on the BBC.

This year Proms returns to its full eight-week season on July 15, with 84 concerts starring more than 3,000 musicians, the BBC announced.

It will see the return of international orchestras including Berliner Philharmoniker led by Kirill Petrenko, the Philadelphia Orchestra led by Yannick Nezet-Seguin, and the Australian World Orchestra led by Zubin Mehta.

It will also feature a large-scale repertoire, not heard at the festival since 2019, from Verdi’s Requiem to Beethoven’s Ninth Symphony performed by the Chineke! Orchestra and Voices under Kevin John Edusei.

There will also be an immersive experience of music, dance, theatre, and audio soundscapes called The Prom At Printworks, hosted at the industrial events space in south London, featuring works by Philip Glass and Handel.

For the first time, there will be a Gaming Prom, presented by the Royal Philharmonic Orchestra under Robert Ames, which will explore the sounds of video games.

To mark the Queen’s Platinum Jubilee, the BBC Concert Orchestra will present a Prom celebrating the relationship between music and monarchy, from Handel’s Water Music to a new commission from British composer Cheryl Frances-Hoad.

This year’s festival, which marks the centenary of the BBC, will feature more than 60 artists making their debut to commemorate 100 years of British broadcasting as well as celebrating a new generation of music.

The Last Night Of The Proms will be led by Dalia Stasevska, featuring star soloists Sheku Kanneh-Mason, who won BBC Young Musician of the Year in 2016, and a world premiere by James B Wilson.

David Pickard, director of BBC Proms, said: “It is a momentous year for the world’s largest classical music festival.

“I’m delighted that large-scale orchestral and choral repertoire will once again be heard in the Royal Albert Hall, and that we can celebrate the return of international orchestras.

“In the BBC’s centenary year, we can be proud that the Proms has been a part of the organisation for 95 of those 100 years, playing a key role in the corporation’s mission to inform, educate and entertain.

“After two adapted seasons, we look forward to welcoming audiences back this summer for eight glorious weeks of music-making.”

Every concert will be broadcast live on BBC Radio 3 and available on BBC Sounds, and 22 Proms are broadcast on BBC television and BBC iPlayer, including the First Night and Last Night Of The Proms.

Mass held in basement of Ukraine church despite Russian shelling

There are four hidden images in this optical illusion