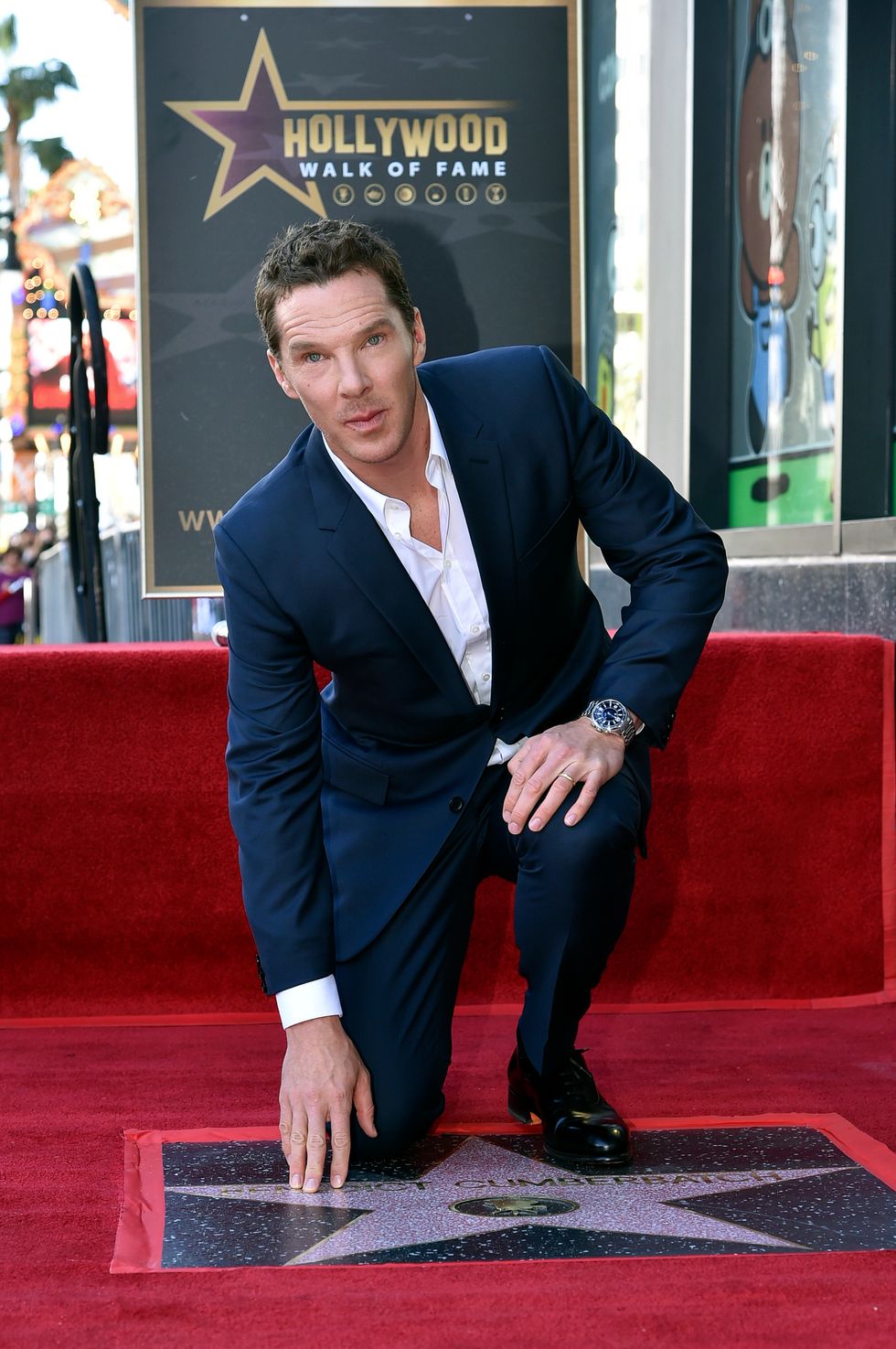 Benedict Cumberbatch paid tribute to his wife and children as he was honoured with a star on the Hollywood Walk of Fame, saying his career “wouldn’t be half the ride without you”.

The multi-award winning actor said his Britishness made the event “incredibly painful” but he was also enjoying the “massive ego stroke”.

He was presented with the accolade on Monday by director JJ Abrams and Marvel Studios president Kevin Feige.

In a short speech, Cumberbatch thanked “a bunch of reprobates”, friends who he said would “love to be here to take the piss out of me”.

“I’m British, so part of me is finding this incredibly painful. The other part of me is quite enjoying this massive ego stroke,” he said.

Turning to his wife, Sophie Hunter, he said: “Your support, your honesty, searing at times as it is, your style, your grace, your beauty, your generosity and your love are extraordinary.

“I’m really enjoying this but it wouldn’t be half the ride if I was on my own without you as it is with you.”

He added that they have created an “amazing family of three extraordinary human beings” and also thanked his sons for keeping him grounded by calling him a “stupid fart-face”.

“One day, in disguises, maybe we’ll sneak out here and have a little photograph all together on Daddy’s star,” he said.

“But you’re my little stars and I adore you.”

His The Power Of The Dog co star, Kodi Smit McPhee, also attended the ceremony.

He is tipped for best actor at the 94th Academy Awards and best actor in a leading role at this years Baftas for the performance.

He was nominated for best male actor in a leading role at Sunday’s Screen Actors Guild (SAG) awards, though lost out to Will Smith.

Cumberbatch is also due to reprise his role as superhero wizard Doctor Stephen Strange in Marvel’s forthcoming blockbuster The Multiverse Of Madness, which is scheduled for UK release in May.

The actor’s star is the 2,714th on the Hollywood Walk of Fame.

Dedicated in the category of Motion Pictures, it is located on 6918 Hollywood Boulevard in front of The Line Store.