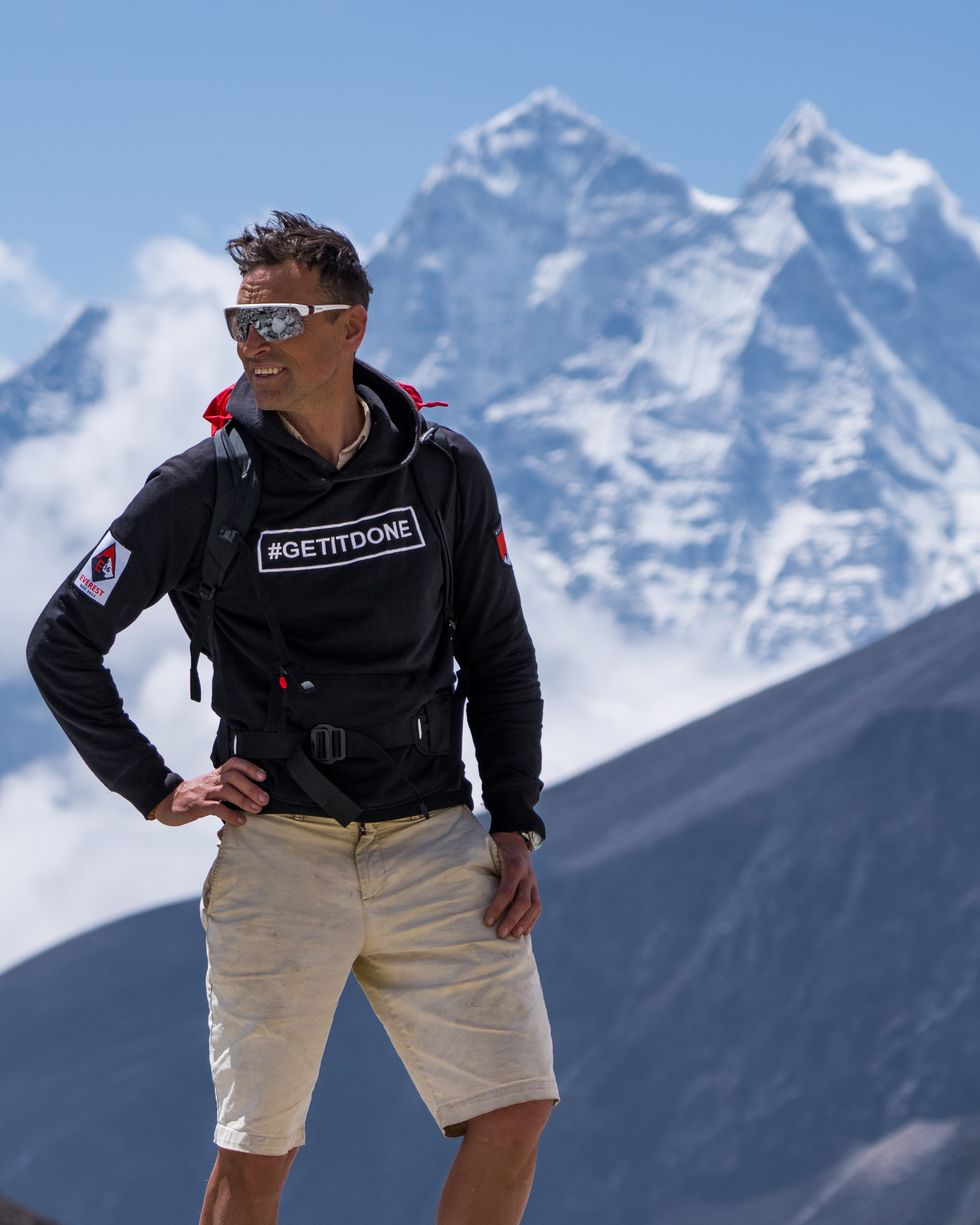 British mountaineer Kenton Cool has successfully completed his record-breaking 16th summit of Mount Everest, the most number of climbs by any non-Sherpa.

Mr Cool, 48, reached the summit of the 8,849-metre peak overnight on Saturday, alongside British fitness entrepreneur Rebecca Louise, who was completing the feat for her first time.

In his previous 15 trips up Everest, he has been a guide to other well-known mountaineers, including Sir Ranulph Fiennes and broadcaster Ben Fogle.

Alongside his 16 Everest summits, he previously became the first person to complete the Everest triple crown, comprising of Everest, Lhotse and Nuptse, in one push without returning to base camp.

He was also the first British guide to lead a client to the summit of K2, the world’s second tallest mountain.

He was told he would never walk again unaided after he shattered both heel bones in a rock-climbing accident in 1996. He defied those predictions with a year of surgery and therapy, but still has chronic pain.

Speaking to the PA news agency via satellite phone ahead of his push to the summit, Mr Cool said conditions were looking good, with a “great weather forecast” and a “great team”.

“Overconfidence on a mountain like Everest is a dangerous thing, so nothing is assured until you’re back down at base camp,” he said.

“Fingers crossed we’ll be at base camp in about three days and we might be able to crack a beer and celebrate Rebecca’s first summit, my 16th summit and a successful descent by all the Sherpa team.”

Please log in or register to upvote this article
Mountain