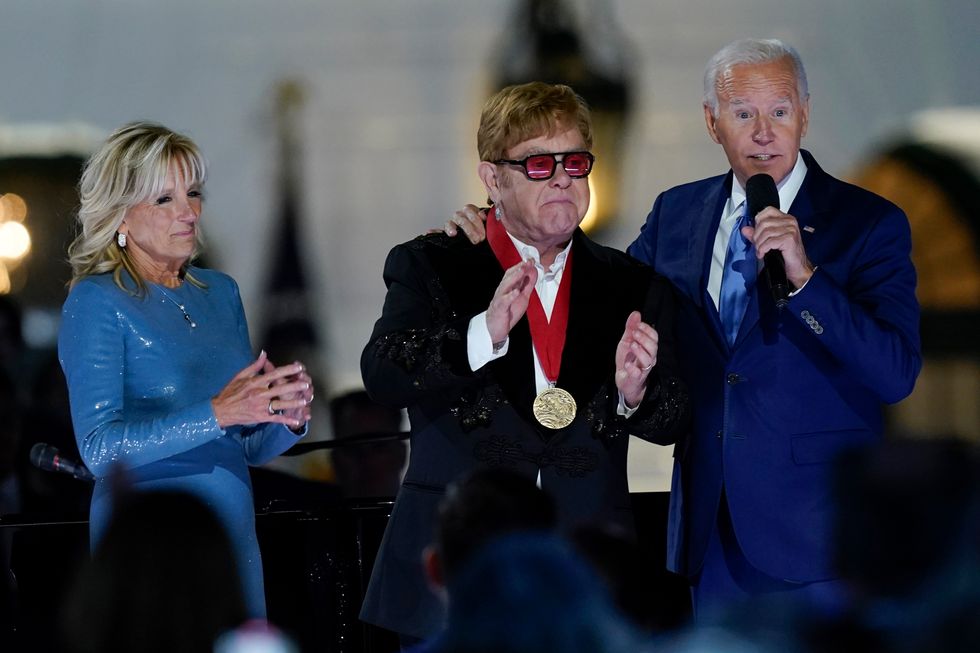 Sir Elton John gave a special performance on the White House lawn to the US president and First Lady and around 2000 “everyday history makers” on Friday night.

Organised by the History Channel and A+E Networks, Sir Elton performed several of his smash hits, including Tiny Dancer, Rocketman and Don’t Let the Sun Go Down on Me, before president Joe Biden and Dr Jill Biden surprised the singer with the National Humanities Medal for his work to end Aids and assist those living with the condition through the Elton John Aids Foundation.

In accepting the award, Sir Elton said he felt honoured and emotional by the recognition.

“Since I founded the Foundation at my kitchen table in Atlanta 30 years ago, I made a commitment not to leave anyone behind and will continue on this mission,” he said.

“We are striving for a future where people of all races, ethnicities, nationalities, sexual orientations, and gender identities have the opportunity to live free from Aids, stigma, injustice and maltreatment – and I’m so grateful recognition like this brings us a step closer to making that a reality.”

The singer’s husband, David Furnish, who is also chairman of the Elton John Aids Foundation said: “It’s on us to make the world a better, more equal place, and Elton is someone who truly walks the walk.

“He is so deserving of the National Humanities Medal through his constant advocacy for equality throughout his career and through the Elton John Aids foundation.

“We’re so thankful to the History Channel, A+E Networks and the Biden administration for giving us such an impactful platform to help us meet the urgent needs of people at risk of – and living with – HIV and Aids.”

It was the 75-year-old British songwriter’s first White House gig since he performed with Stevie Wonder at a state dinner in 1998 to honour former prime minister Sir Tony Blair.

Sir Elton is currently on a farewell tour that began in July after more than 50 years of performing.