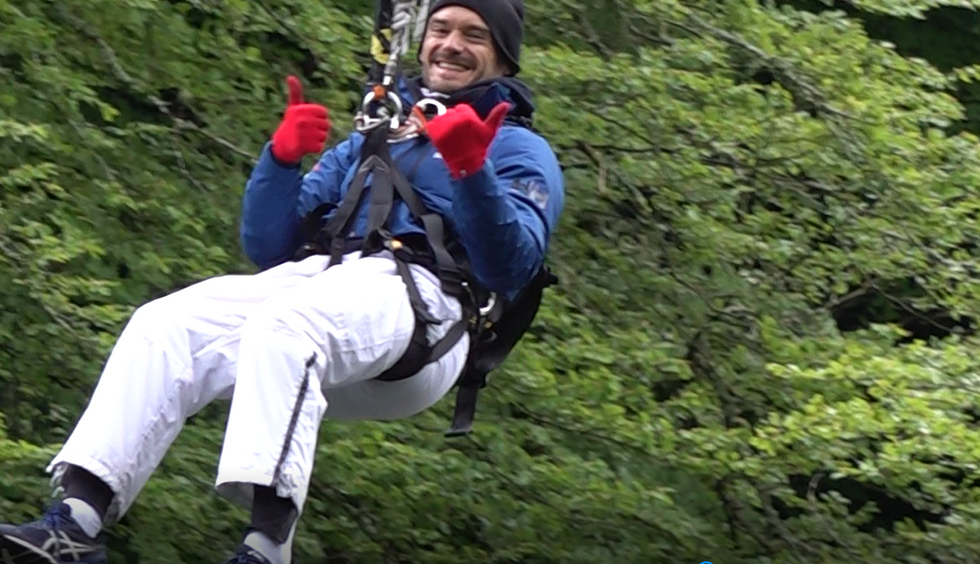 A Frenchman has broken the world record for completing the most bungee jumps in a 24-hour period by leaping off a bridge in Scotland 765 times.

Francois-Marie Dibon, from Paris, jumping from Garry Bridge in Perthshire, broke the previous record by 335 leaps.

Looking fresh-faced minutes after his mammoth achievement at the Highland Fling Bungee platform, the 44-year-old told the PA News Agency: “I feel like my brain thinks that it’s still jumping.”

Having started his leaps at 10.10am on Tuesday, Mr Dibon, who works as an actuary in Stockholm, Sweden, beat the previous record in just over 12 hours as he completed his 431st jump at 10.30pm.

Another 12 hours later, to cheers from the crew helping him and Queen’s We Are The Champions blaring from speakers, he completed his final jump.

Mr Dibon said: “I don’t feel the tiredness yet.

“I feel the excitement of completing this record with the team.

“I still feel the collective energy.

“Everyone has been combined very efficient, super focused and dedicated all the time.

When asked what he will do to wind down after such a challenge, Mr Dibon added: “Usually solutions are simple, so I am going to sleep.

“But, of course, I am also going to celebrate with the group.”

Each jump comprised a 40-metre plummet into the tree-lined gorge of the River Garry, with crew members winching him back to the platform using a specially adapted mechanical system.

On average, Mr Dibon completed one jump every 113 seconds (one minute and 53 seconds) to achieve his feat.

He said sweets and occasional sips of water kept his energy levels up throughout the 24 hour-long quest, with one late lunch consisting of ham and rice.

“The rest was the energy of the team that nourished me and carried me to the end,” he added.

Mr Dibon said the moments he found most challenging were reaching the 200th and 600th marks as “they felt longer than usual”.

And for going to the toilet? The Frenchman explained he was on a special diet ahead of the big day that limited his need for loo breaks.

The world record final jump at Garry Bridge concluded months of training and more than five years of planning.

It also demonstrated a massive achievement for Mr Dibon, who had a fear of heights well into his 30s before his first bungee jump 11 years ago.

The 15-strong crew from Highland Fling worked in shifts to water, feed and support the jumper.

Mr Dibon rested only for one stint, with the crew using that moment to change over the elasticated bungee cord for safety.

Laurie “Loz” Thomas, Highland Fling bungee jump master and operations manager, said: “I only worked three shifts and feel shattered so I can only imagine how Francois-Marie feels.

“I am proud of every single person involved.”

Guinness World Record adjudicator Joanne Brent described witnessing the record attempt as “inspiring”, praising the Frenchman’s positivity and focus as well as his manner with his crew.”