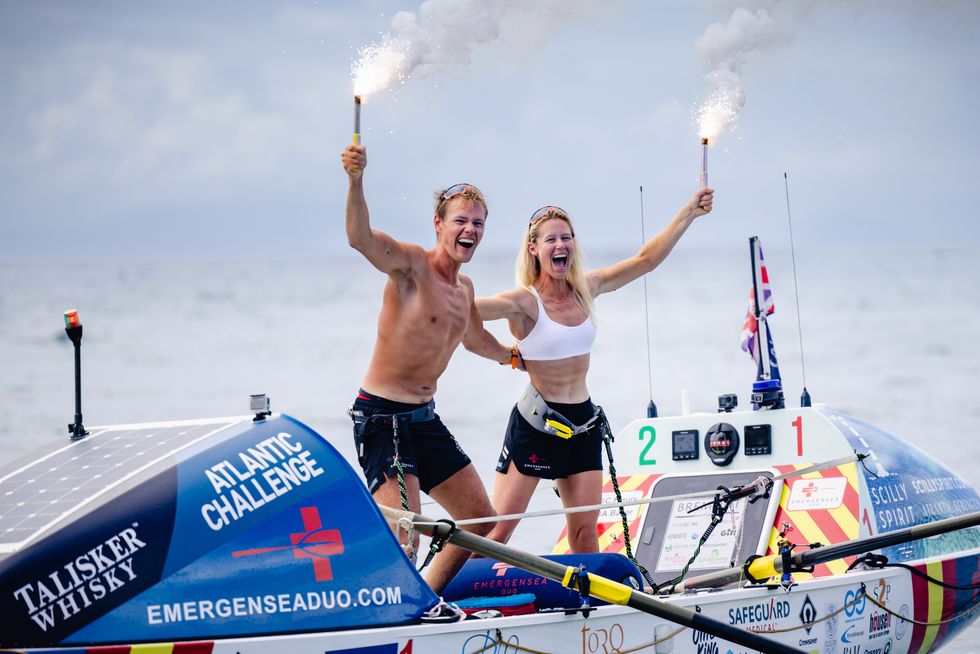 Married doctors have begun a new challenge rowing around the UK just three months after completing an epic 3,000-mile journey across the Atlantic.

Charlie Fleury and Adam Baker – known as the Emergensea Duo – are navigating the 2,000-mile British coastline, having started at Tower Bridge in London on May 22. They are now off the Dorset coast near Portland.

The couple, from Devon, will burn 5,000 calories and consume more than six litres of water a day during the 2,000-mile feat, which has never been completed by a mixed pairs team.

The row is independent and unsupported, meaning essentials will be made and kept on board.

In February they became the first husband and wife to complete in the Talisker Whisky Atlantic Challenge and raised more than £25,000 for frontline medical charities.

Mr Baker said: “The row itself has been incredibly challenging so far.

“We have to strategically plot each leg taking into consideration the wind speed and direction and the tidal streams.

“There’s also a lot more to hit. It’s such an incredible way to see the UK coastline and we’re looking forward to some sunnier days.”

Ms Fleury added: “The extremes in pace are challenging, one minute you’re sprinting to get to your waypoint in time and the next you’re waiting on anchor for days with no option but to be patient.”

The pair are graduates of the University of Exeter extreme medicine masters degree programme.

To donate and track the couple’s progress, go to https://www.emergenseaduo.com/

Please log in or register to upvote this article
Devon