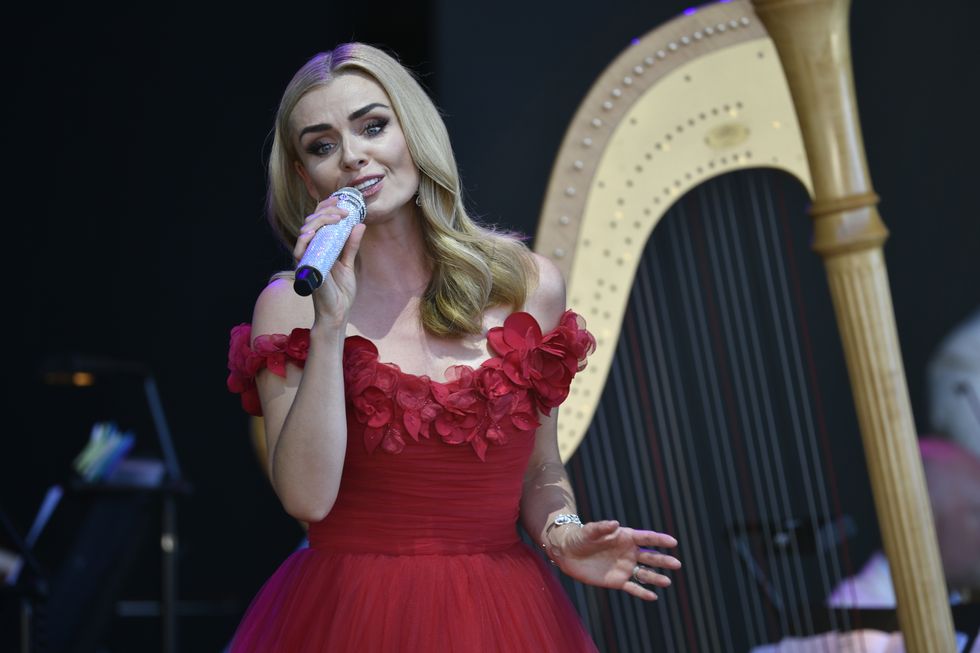 Katherine Jenkins’ lost luggage was returned “20 minutes” before she went on stage to perform for Pope Francis at a concert in Rome in a “Christmas miracle” on Saturday.

The Welsh classical singer had warned she might have to pull out of performing at the Pope’s annual Christmas concert after accusing British Airways of losing her luggage.

But the 42-year-old said she was reunited with her missing belongings, including her dress for the show, just before she went on stage on Saturday.

Her Instagram story states: “Update: With just 20 mins to go before I go on stage for the performance, the bags have arrived. Nearly 2 days late.”

She had been forced to wear “trainers” while a nearby orchestra member wore “tuxedo tails” during Friday’s “filmed dress rehearsal” in front of an audience, she said on Instagram.

But on Saturday she wrote on Instagram: “Basilica of San Francesco d’Assisi – What a place of beauty: in the town, in the basilica, in the people & in the music.

“Thank you for having me and Merry Christmas! (The concert is aired on TV on Christmas Day after the Pope’s address).

“I live by the motto that ‘the show must go on’ and so as not to let anyone down, I would have gone on in a bath robe if necessary but thankfully the dresses arrived 20 mins before the performance.

“A Christmas miracle one of the brother’s said!”

Jenkins had shared her despair over the lost luggage on Twitter on Thursday, writing: “OMG! @British_Airways have lost my bags AGAIN!

“I’m supposed to be singing tomorrow for the Pope’s Christmas concert in Rome.

“I feel so let down as I will not be able to perform. Please sort this out.”

@KathJenkins Hi Katherine. Can you send us a DM with your WorldTracer and contact details? We'll need to ask a few… https://t.co/LZH5vPEqCW
— British Airways (@British Airways) 1671142343

Jenkins is no stranger to performing for high-profile individuals having previously performed for popes as well as at a number of royal occasions in the UK including the Queen’s 90th birthday celebrations at Windsor Castle in 2016 and as part of the celebrations over the Queen’s Platinum Jubilee weekend.

In September, it was announced she had become the first artist to record the new national anthem God Save The King after the death of Queen Elizabeth II.

A spokesman British Airways had said: “We’re doing everything we can to reunite our customer with their delayed baggage as soon as possible.

“We apologise for the inconvenience caused.”