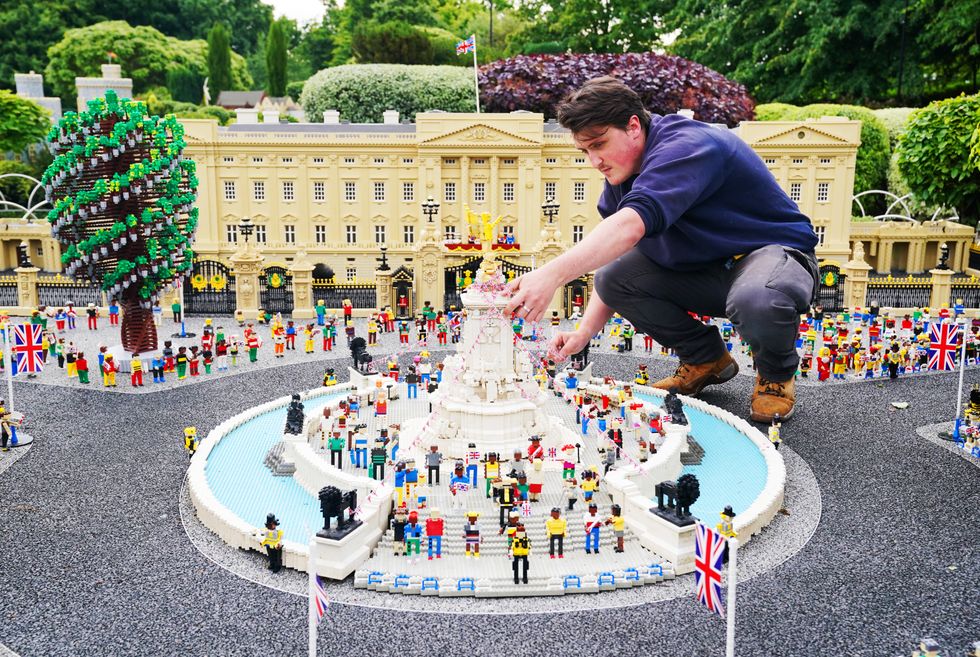 A miniature display of the royal family – including a Lego replica of the Queen which took 15 hours to build – has been unveiled at Legoland Windsor to mark the Platinum Jubilee.

The Prince of Wales, the Duchess of Cornwall, and the Duke and Duchess of Cambridge with their three children also feature in the exhibit, as well as a Red Arrows flyover and a street party in front of Windsor Castle.

Chief model maker Paula Laughton said the team had “pulled out all the stops” to mark the Jubilee.

The display is made up of several scenes and has been set up in the theme park’s Miniland, including a miniature version of the famous Buckingham Palace balcony complete with the Queen and members of her family waving to the crowds below.

A second model of the Queen, which took 15 hours to build and is made up of 1,350 bricks, depicts the monarch in a bright yellow dress and hat in a motorised car heading up The Mall, which is decked out in flags.

The Red Arrows have also been created in Lego, with nine planes, which were built by one model maker over 33 hours, flying down The Mall towards Buckingham Palace.

There is also a replica of a picnic celebration taking place on Windsor’s Long Walk, decorated with flags and bunting as well as street party scenes.

Ms Laughton said: “The royal connection between Windsor and Her Majesty meant that our model maker team had to pull out all the stops to mark this monumental occasion here in Miniland.

“It’s always a joy to be able to recreate iconic moments in British history in Lego form, and we hope guests to the resort will enjoy catching a glimpse of the Queen as they’ve never seen her and the royal family before with a little miniature majesty.”

– The display will be on show from Tuesday until the end of the main Legoland season in November.

Please log in or register to upvote this article
JubileeLegoRoyalThe Queen