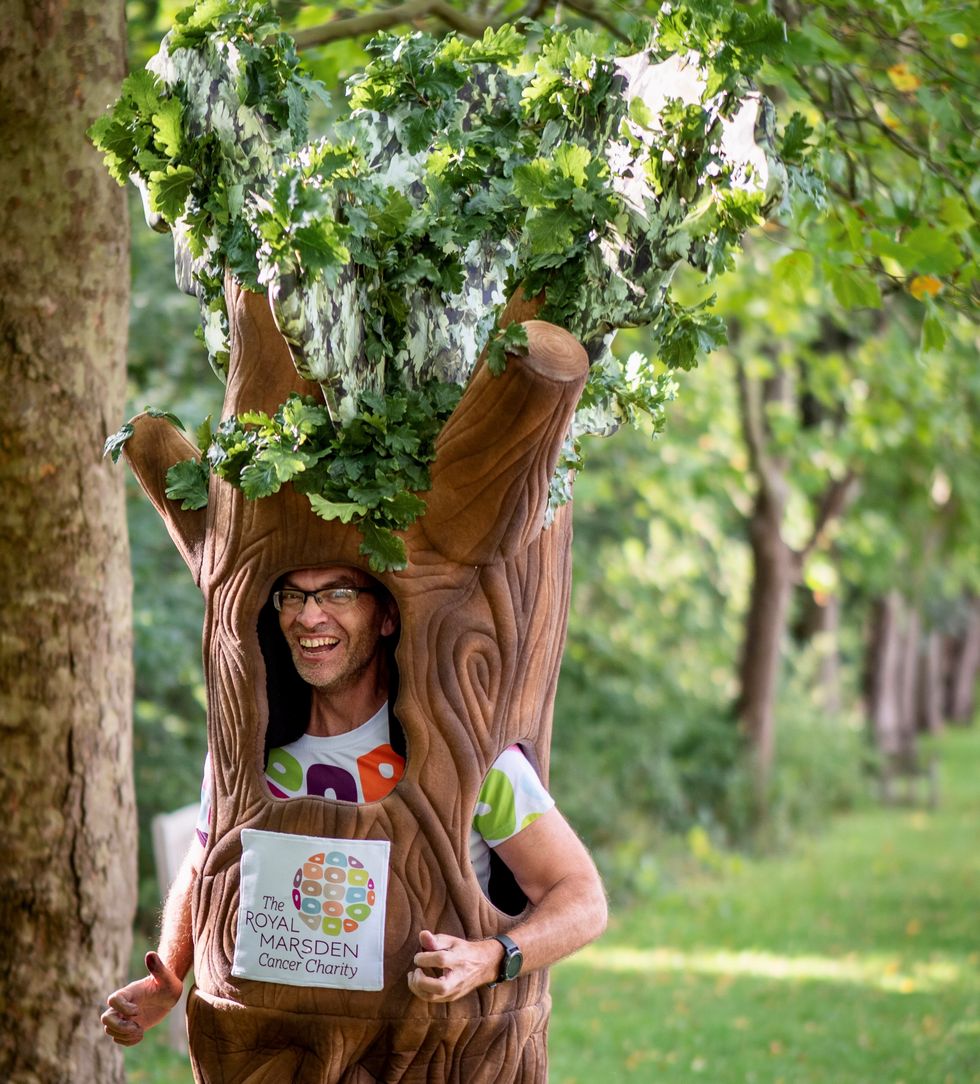 A pharmacist hopes to be head and shoulders above the rest of the runners at the London Marathon as he aims to beat a Guinness World Record wearing an “absolutely stunning” eight foot tall oak tree costume.

The bulk of funding is to go towards the charity’s Oak Cancer Centre appeal, which aims to support the development of a “state-of-the-art” treatment and research facility at the hospital’s Sutton site, which will include more than 400 researchers, 350 clinical staff and thousands of patients together under one roof and is set to open next year.

In a bid to do something “slightly different” to raise money, Mr Duncombe thought “well, because we’re building a unit called The Oak Cancer Centre, wouldn’t it be quite fun to do the London Marathon in a tree costume”.

The idea “blossomed” from there when Mr Duncombe discovered that there was already an existing Guinness World Record for the fastest marathon dressed in a tree costume (male), which stands at four hours, five minutes and six seconds.

“We went to a company who made the costume – it’s 2.4 metres tall, so about eight foot tall”, the 54-year-old from Chelmsford, Essex, told the PA news agency.

“I’ve had a couple of fittings, so it’s been like buying a new suit as they actually measured me for it and designed it with my build and shape and height in mind.

“It is absolutely stunning – you can definitely tell that it is an oak tree – and mine was one of the biggest they’ve ever made, given the height and leaves on top.”

He added that the costume – which was made by Rainbow Productions – took around a month to six weeks to complete and is “relatively light,” weighing around five or six kilos.

Despite this, training in the “fabulous” outfit has “not been easy” and given rise to some questionable looks from fellow runners.

It's uncomfortable, it's heavy, it bounces up and down on your shoulders, but it's definitely doable.

“It’s uncomfortable, it’s heavy, it bounces up and down on your shoulders, but it’s definitely doable,” he said.

“I can keep up a reasonable pace in it and one of the most entertaining parts of training has been doing local park runs down in Chelmsford.

“I think some people get quite upset when they are overtaken by a tree.”

He said he hopes to clock a time of four hours on the day and run alongside other people in “silly costumes” as part of an event which has “the best atmosphere”.

Mr Duncombe is not a stranger to the London Marathon either, having taking part in both 2016 and 2017, with the latter including a moment with a member of the Royal Family.

“2017 was the year where the focus was on mental health and Prince William, Prince Harry and Kate were heavily involved,” he said.

“I was suffering that year – I was cursing and swearing about how awful the whole thing was.

“I went to go get a drink and Prince William handed me one and he probably caught a torrent of abuse from me as I took the drink from him.

“But they all wished me on the way and it gave me a boost over the last mile – it was such a highlight.”

He added that being part of The Royal Marsden is “absolutely amazing”.

“We are constantly developing new treatments for cancer and not many people get that opportunity throughout their careers to see drugs from the very early stages of development through to extending the lives of thousands of people across the world,” he said.

“Cancer is going to affect sort of one in two of us at some point in our lives and The Oak Cancer Centre is a way of creating a really good environment for our patients to receive treatment in and also for us to continue to do research as well.”

In Pictures: Borough Market’s Harvest Festival a feast for the eyes

Please log in or register to upvote this article
CancerLondonLondon MarathonRunning