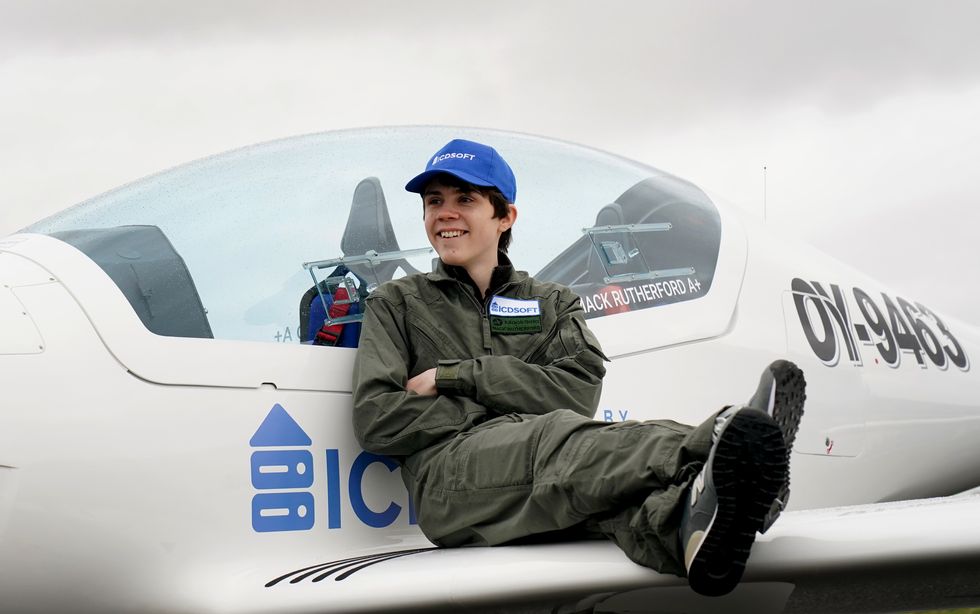 A 16-year-old will attempt to become the youngest person to fly solo around the world in a bid to show that young people can do incredible things.

Mack Rutherford may still be in school, but the British-Belgian teenager is determined to follow in his trailblazing older sister’s footsteps and soar into the record books himself.

Obsessed with being a pilot since the age of three, Mack will seek to highlight various stories of young people doing amazing feats during his months-long trip.

He is to announce his plans on Tuesday at Biggin Hill in Kent, the same airfield that hosted dozens of RAF pilots as they fought against horrific odds in the Battle of Britain 82 years ago.

Mack aims to break the record for the youngest male to fly solo around the world, currently held by Briton Travis Ludlow, who completed the feat aged 18 years and 150 days.

Speaking to the PA news agency, Mack said he is nervous but excited about the round-the-world flight bid.

He said flying is a “dream” that has always been a part of his and his sister’s lives, following in the footsteps of their mother and father, who are both talented pilots.

“When you get in the air and you just see everything so small you can literally go wherever you want to go,” Mack told PA.

Mack qualified for his pilot’s licence in July 2020 – the youngest pilot in the world at the age of 15 years and two weeks – and now has hundreds of flying hours under his belt.

His announcement comes a month after his sister, Zara, touched down in Belgium, breaking the record for the youngest woman to fly solo around the world.

The 19-year-old, who said she became obsessed with flying at the age of eight, said she hoped to be an inspiration for girls wanting to be pilots or study science.

Mack insisted he is not trying to get one up on his sister and instead sees her as an inspiration.

He added: “My sister really helped me see that I can do something like this.

“My parents have been incredibly supportive. I did two transatlantic flights with my dad, just so I could be completely ready.”

Mack says he hopes his epic journey will show that young people can do incredible things, and he wants to meet people like him around the globe and highlight their achievements.

“By showing all these other young people who’ve done incredible things, and by doing something that I think I would find quite incredible myself as well, I am hoping to show that you can actually do something which you didn’t think was possible,” he said.

On his flight round the world, Mack will be piloting a Shark ultralight, one of the world’s fastest microlight aircraft capable of cruising at speeds of up to 150knots/300km/186m/h.

Hero passenger with ‘no idea how to fly airplane’ lands safely

Please log in or register to upvote this article
KentPilot