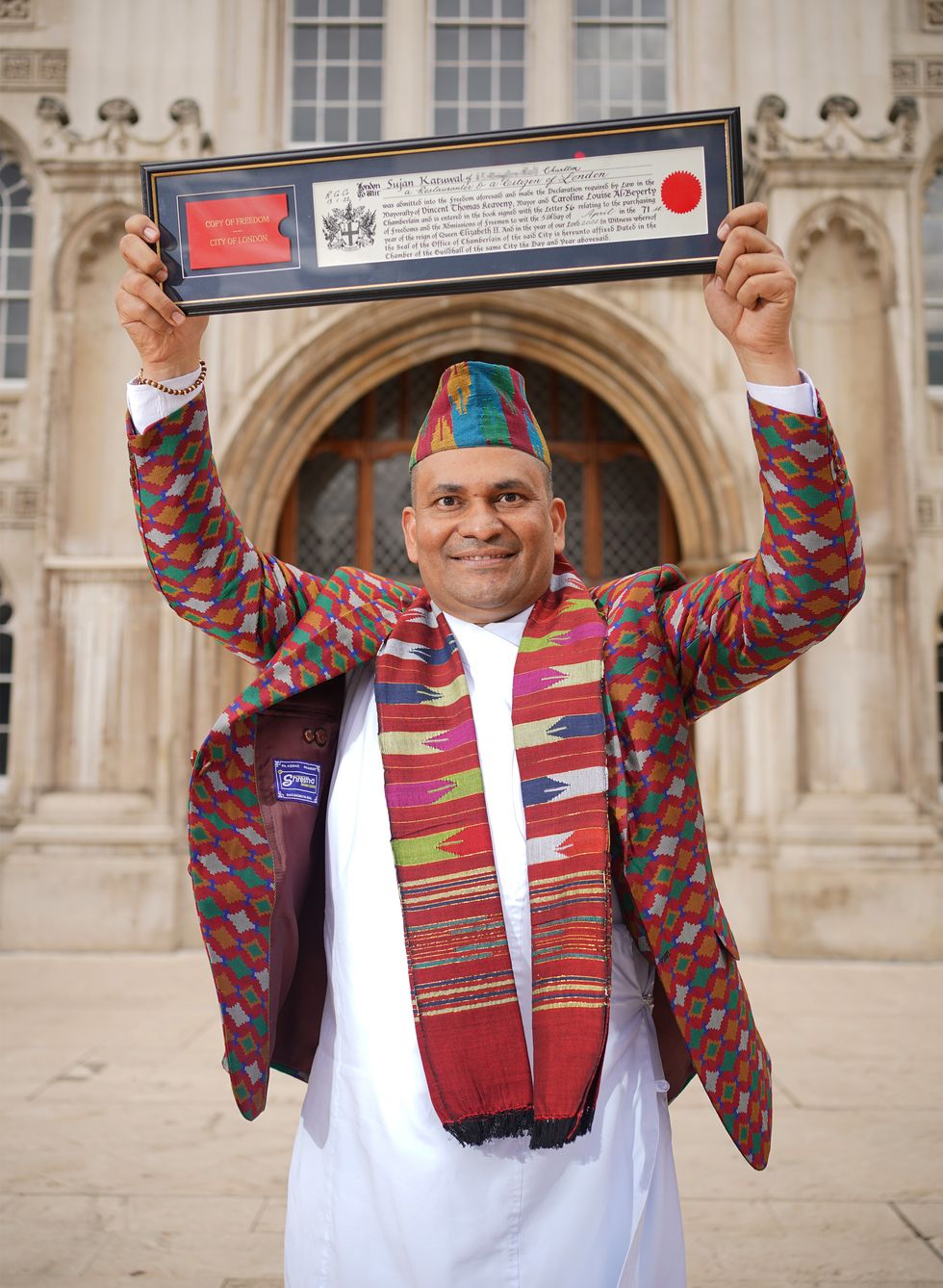 The owner of a Nepalese restaurant who delivered 100,000 free meals during the pandemic has said he feels “humbled” after becoming a Freeman of the City of London.

Sujan Katuwal, the owner of Panas Gurkha in Lewisham, south London, and his wife, Bandana, decided to give meals to NHS workers and community centres after having to close their restaurant in March 2020 because of coronavirus.

On Tuesday, he was awarded Freedom of the City in recognition of his contribution to the community.

Mr Katuwal said: “It is wonderful to receive this award and I feel humbled by the recognition. My wife and I are doing everything we can to help our community.

“I have huge admiration for frontline staff who often work long hours under immense pressure. It feels fantastic to have supported them – and put a few smiles on faces.”

People are either nominated or can apply for Freedom of the City of London, which offers them a link to London and dates back to a tradition from 1237 in which recipients were able to freely carry out their trade.

The Freedom can also be awarded by the City of London Corporation to people who have contributed to London or public life in a significant way.

This accolade is not the only one he has received as he was given the Queen’s Award for voluntary service in 2020 alongside his wife.

Recipients of meals provided by the duo were said to have been treated to an array of Nepalese delights, which included Mr Katuwal’s signature dish – Mum’s Curry – a medium hot chicken dish named after his mother.

March 10 2021 was a monumental day for Mr Katuwal as he was joined by Absolutely Fabulous actress Joanna Lumley, who helped him deliver his 100,000th meal to the Royal Artillery Barracks in Greenwich.

A City of London Corporation spokesperson said: “We are delighted that Sujan has been awarded the Freedom of the City. It is richly deserved.

“Sujan has dedicated himself to helping make London a better place and it is fitting we recognise his commitment as well as the positive impact he has had.”

What is going on with coronavirus in the UK?

Please log in or register to upvote this article
coronavirusLondonMeals