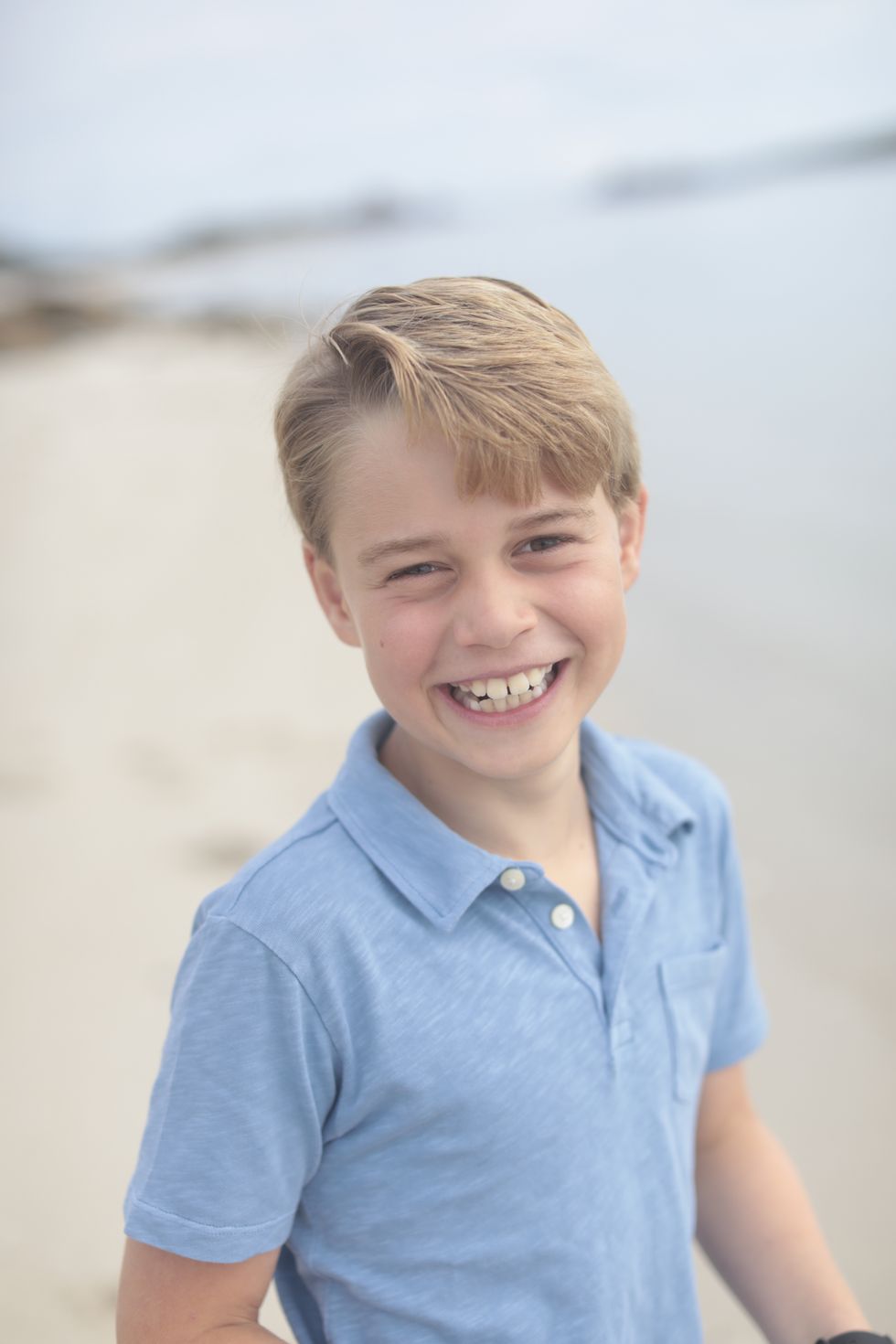 The royal family have sent their best wishes to Prince George who is celebrating his ninth birthday.

The Queen’s official Twitter account led the monarchy in marking the birthday of the young royal who was snapped on a UK beach for an official photograph released for his big day.

Behind the lens was his mother, the Duchess of Cambridge, who is well known for taking pictures of her children to mark their milestones.

George is shown beaming while wearing a polo-style top with a sandy shoreline and water behind him.

The Queen’s Twitter account featured a picture of the monarch with her great-grandson on Buckingham Palace’s balcony during her recent Platinum Jubilee celebrations.

Above the image was a birthday cake emoji and the words “Wishing a very Happy 9th Birthday to Prince George!”

The Prince of Wales and Duchess of Cornwall’s Twitter account retweeted the official birthday image of the young prince with the words “Happy 9th Birthday to Prince George!” alongside a cupcake emoji.

The young royal and future king will start at Lambrook School in Ascot near Windsor Castle later this year, according to reports.

William and Kate are rumoured to be planning a move to Berkshire to be close to their son’s new school and the Queen.

George has had an eventful few months, appearing with his siblings Princess Charlotte and Prince Louis during the extended June bank holiday weekend that celebrated the Queen’s Platinum Jubilee.

They were seen on Buckingham Palace’s balcony after the Trooping the Colour ceremony when they watched a fly-past of aircraft, then sat in the royal box with their parents during the Platinum Jubilee Pageant.

William and Kate also took their son to the men’s Wimbledon tennis final, where he held the trophy won by Novak Djokovic.

Before the final the couple and George greeted ball boys and girls as well as military personnel in the Millennium Building.

Asked about the young prince coming to Wimbledon, Kate said to her son: “Is this your first time? It is, isn’t it?” to which he replied: “Yes.”

George was also asked who he was going to support and appeared too shy to answer, so William looked at him and whispered “Djokovic”, before adding: “We’ll see how long it lasts. He’ll support the winner.”

He made his public debut in front of the world’s media on the hospital steps a day later, wrapped in a white merino wool shawl, cradled in his mother’s arms.

George will be the 43rd monarch since William the Conqueror obtained the crown of England if, as expected, he follows the reigns of grandfather Charles and father William.