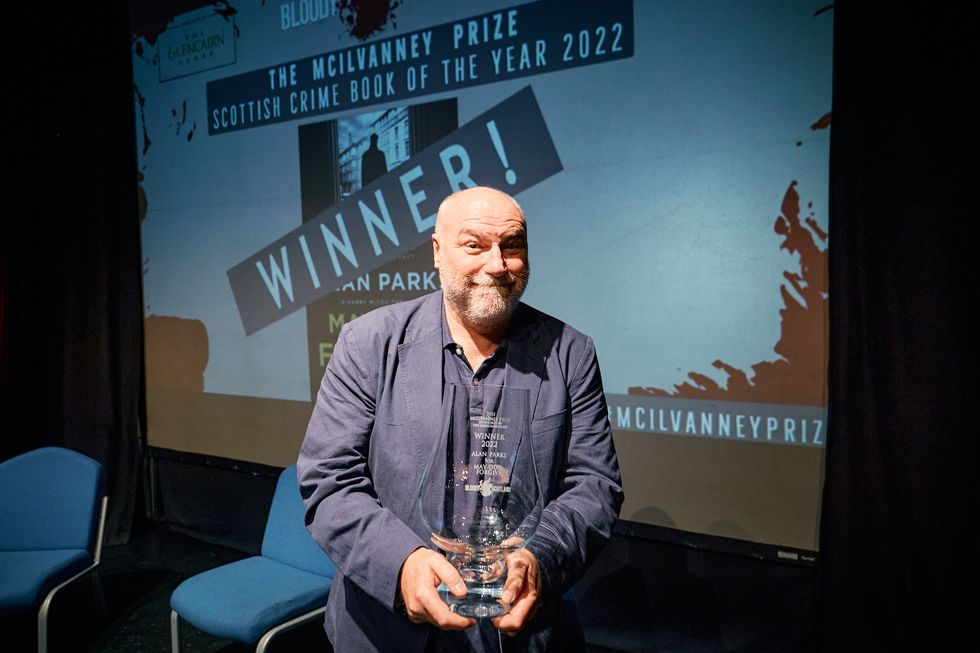 A novelist has won a crime writing prize after missing out on the award last year.

Alan Parks was presented with the McIlvanney Prize 2022 for his book May God Forgive.

The accolade is named in memory of William McIlvanney, often described as the godfather of tartan noir.

Parks was a finalist for the award last year but it was won by Craig Russell with his book Hyde.

May God Forgive is the fifth outing for Parks’s Glasgow detective Harry McCoy and sees a desperate search for two kidnapped boys.

Ayo Onatade, chair of the McIlvanney Prize judges, said: “May God Forgive is every bit as entertaining, gritty, darkly humorous and steeped in the grimy underbelly of Glasgow as the previous books.

“A fantastic book with an intriguing cast of characters that not only keeps to a tight timeframe, but is fast, hard, edgy and thought-provoking.

“1970s Glasgow has never been so thoroughly invoked. A truly gripping read.”

We're delighted to announce that the 2022 winner of the McIlvanney Prize is... @AlanJParks May God Forgive!… https://t.co/iXjadsCT7v
— Bloody Scotland (@Bloody Scotland) 1663272180

The winner was announced in Stirling on Thursday evening at the Bloody Scotland festival, which is celebrating its 10th anniversary year.

Before becoming a crime writer, Parks worked with Lloyd Cole and the Commotions and various other bands first at London Records and then at Warner Music.

His debut novel, Bloody January, was published in December 2017.

The winner of the Bloody Scotland Debut Prize was also announced at the festival.

Tariq Ashkanani, a solicitor based in Edinburgh, took the title with Welcome To Cooper.

Arusa Qureshi, chair of the judges for Debut Prize described the book as: “Well-structured, bleak and just the right amount of disturbing.”

The finalists for both prizes led a torchlit procession from Stirling Castle to the Albert Halls where the winners were announced.

Cyclists complete Glasgow to Athens challenge and raise close to £100,000

Scottish union member is being praised for his mesmerising passion

Please log in or register to upvote this article
booksGlasgowStirling