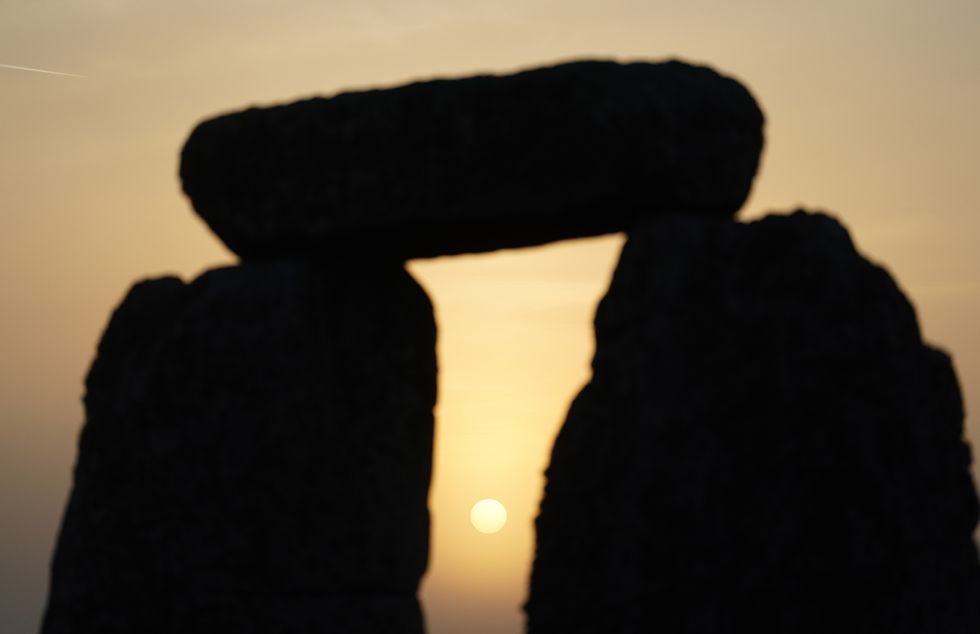 Thousands of people have greeted the sun with cheers as it rose over Stonehenge for the summer solstice.

Those who observed the spectacle at the neolithic monument in Wiltshire encountered a chilly morning accompanied by clear skies as the sun glinted over the horizon at 4.49am.

This year was the first time members of the public have been allowed to attend the solstice in person since 2019 – with the last two years’ events streamed online because of the pandemic.

English Heritage said 170,000 people from around the world watched the solstice online this year.

Nichola Tasker, English Heritage’s director of Stonehenge, said: “Celebrating summer solstice is one of the highlights of the year at Stonehenge and we’re so delighted to have been able to welcome people back this year and also to livestream the occasion to thousands of  people right around the world.

“Wherever you are, it’s a great opportunity for friends and families to come together to mark the longest day of the year, as people have done for thousands of years.

“There was a warm, friendly atmosphere throughout, and everybody enjoyed a beautiful sunset and dawn.

“Summer solstice at Stonehenge is a major operation and we couldn’t do it without the support of our partners, especially Wiltshire Police and Wiltshire Council.

“We look forward to welcoming people to the summer solstice again next year.”

Wiltshire Police said the event passed off peacefully, with around 6,000 people attending and just two arrests made.

Superintendent Phil Staynings said: “This year’s summer solstice – the first one celebrated as a public gathering at Stonehenge in three years – has been a success on many levels.

“Inevitably, there were some traffic delays approaching Stonehenge due to the sheer number of vehicles wanting to visit the site, but overall the whole event has passed off with no major incidents and the atmosphere remained convivial throughout – no doubt helped by the weather, which has been incredible this year.

“It’s good news that only two arrests were made, showing that the good relationship we have with our partners, including English Heritage at Stonehenge and the National Trust at Avebury, does work to make large-scale events like this run smoothly.”

Police said a 49-year-old man from the London area was arrested on suspicion of common assault.

And a 41-year-old man from Trowbridge was arrested on suspicion of possession with intent to supply Class A and Class B drugs.

They remain in police custody.

Stonehenge is a monument built on the alignment of the midsummer sunrise and the midwinter sunset.

On the summer solstice, the sun rises behind the Heel Stone, the ancient entrance to the Stone Circle, and rays of sunlight are channelled into the centre of the monument.

It is believed that solstices have been celebrated at Stonehenge for thousands of years.

Summer solstice takes place as one of the Earth’s poles has its maximum tilt toward the sun and the sun reaches its highest position in the sky, ensuring the longest period of daylight for year.