Tiny Bible rediscovered during lockdown ‘belongs to everyone’ 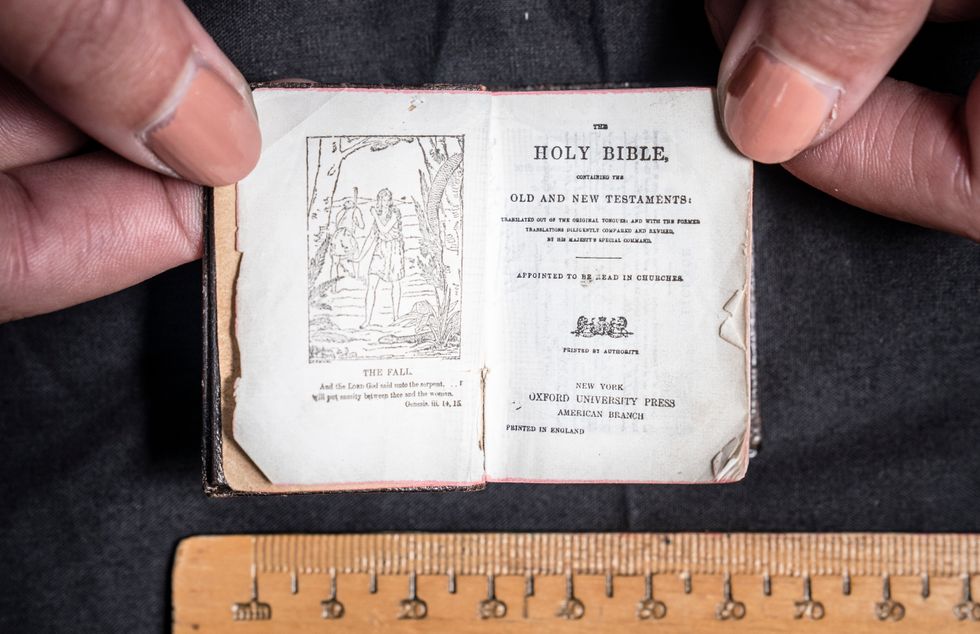 Librarians are hoping a tiny Bible rediscovered during the Covid lockdowns will be cherished by all visitors and not just academics and researchers.

The 1911 replica of a so-called Chained Bible is not much bigger than a £1 coin but contains both Testaments printed on 876 gossamer-thin India paper pages which can only be read with a magnifying glass.

Rhian Isaac, special collections senior librarian at Leeds City Library, said the book was billed as the smallest Bible in the world when it was printed, although this was almost certainly not true.

Ms Isaac said its origins are a mystery as it only resurfaced when library staff decided to do a comprehensive survey during lockdown closures.

Asked where it came from, she said: “We don’t know. It’s a bit of a mystery, really.

“A lot of items in our collection were either bought over time or they might have been donated.

“We’ve done quite a lot of work during lockdown on cataloguing our rare books and special collections.

“Before that, hardly any of these books had ever been seen by anyone or ever been found, really.”

Ms Isaac said around 3,000 items have been newly catalogued, including some unusual finds, with some dating back to the 15th century.

“It’s a massive thing for us,” she said. “Now people can come in and find them and look at them.”

Ms Isaac said anyone can come in ask to see the tiny Bible.

She added: “We ask people to get in touch and we can bring them out for people to see.

We would rather these books were used and read. That's what they were made for and that's what we encourage people to come in and do, instead of locking them away

“You don’t have to be an academic or an researcher. If you’re just interested, we can get them out for you and you can come and read them in our beautiful Grade II-listed building, which is a wonderful place to come and do some studying.

“We would rather these books were used and read. That’s what they were made for and that’s what we encourage people to come in and do, instead of locking them away.

“They belong to everyone in Leeds. We’re just the guardians of them, really.”

Ms Isaac said a visitor may even come in with a clue to where the Bible came from.