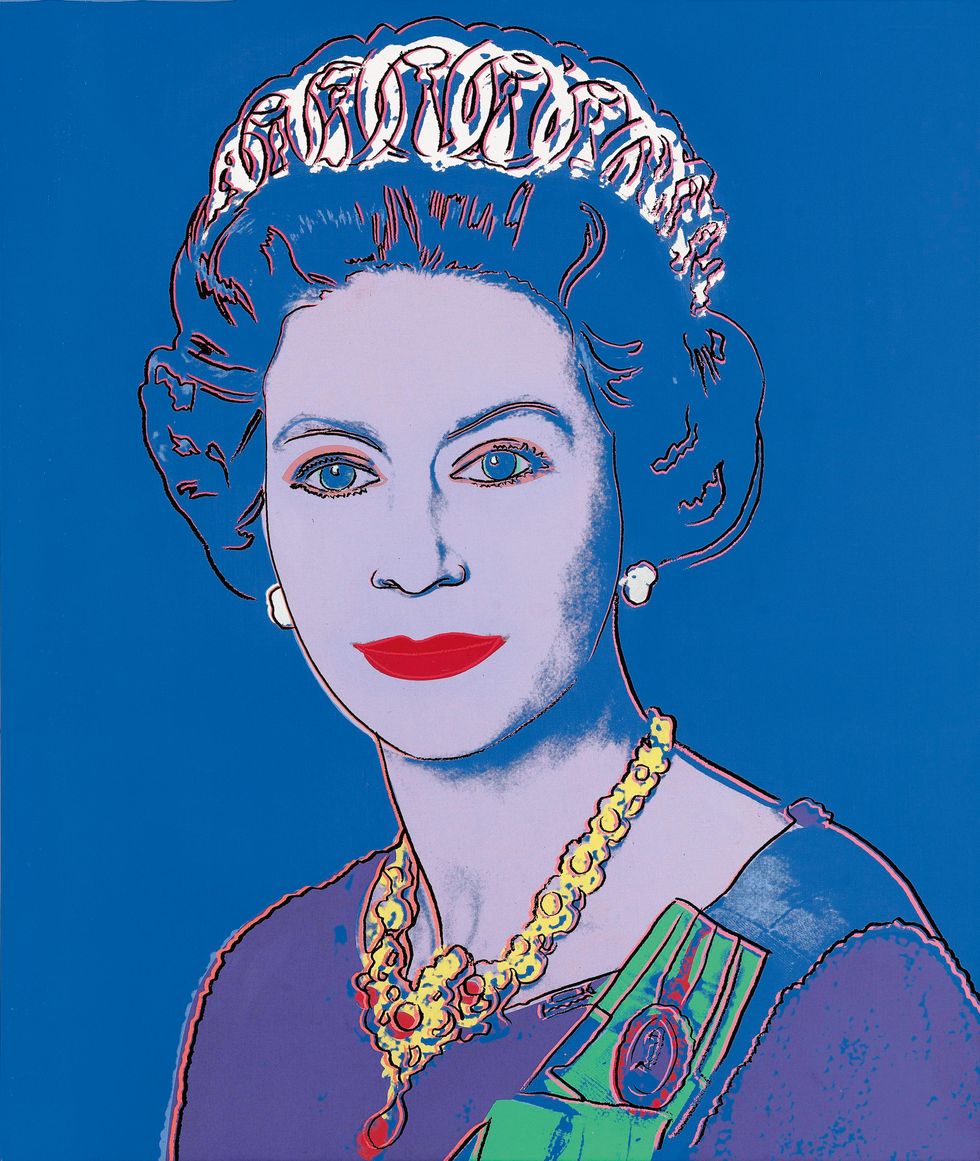 Andy Warhol’s pop art print of the Queen and the famous Armada portrait of Elizabeth I are to go on show in a Jubilee exhibition of artworks depicting the queens who have ruled throughout history.

The unprecedented display at Sotheby’s in London will showcase paintings of each of the seven queens regnants who were crowned in their own right, stretching from Tudor times to the Platinum Jubilee age of Elizabeth II.

The portrayal of Elizabeth I is described by Sotheby’s as “one of most seminal images of female power ever created”, and Warhol’s impression of Queen as both “glamorous” and “commanding”.

The Armada Portrait of Elizabeth I (Woburn Abbey Collection/PA)

Featuring in the exhibition, which runs from May 28 to June 15, will be key portraits of Mary I, Mary II, Queen Anne, Queen Victoria and Mary Queen of Scots, lent from aristocratic and other British collections.

Alongside the historic paintings will be nearly 40 dazzling noble and aristocratic tiaras with British and European royal provenance – many never seen in public before – dating back through to the 1830s.

It forms part of the auction house’s Jubilee Arts Festival – a month-long programme of events celebrating the Queen’s 70 years on the throne.

Sebastian Fahey, managing director of Sotheby’s EMEA, said: “We’ve certainly never done anything like this, or on this scale, here before, and it has been a pleasure to work in this way with so many of the important institutions and families across the entire country.

“I’m sure the galleries will look absolutely spectacular, with an astonishing collection of portraits under the same roof the first time – including the Armada, which is one of the most seminal images of female power ever created – alongside tiaras that span two centuries, and important manuscripts that formed part of the pageantry of our monarchy.”

The portrait of Elizabeth I, painted to commemorate the failed invasion of England by the Spanish Armada in 1588, is on loan from the Duke of Bedford’s collection at Woburn Abbey.

Julian Gascoigne, director of early British paintings at Sotheby’s, said: “The most complete of three versions painted in that same year, the painting encapsulates the aspirations of the nation at a watershed moment in history whilst also carefully disseminating an awe-inspiring spectacle of female power and majesty.”

Elizabeth I, dressed in her finery with her elaborate lace neck ruff, rests with her hand on a globe, and behind her are scenes of English ships setting out in calm weather and the Spanish Armada being wrecked during a storm.

From modern times, one of the richly-coloured screen prints from Warhol’s Reigning Queens series from 1985 will be on display.

It which shows Elizabeth II’s image in blue tones.

The collection was based on an official photograph released for the monarch’s Silver Jubilee.

Tom Eddison, Sotheby’s senior director and contemporary art specialist, described the piece, on loan from a private collection, as “in equal parts glamorous and commanding; perfectly representing the global and celebrity age” in which the Queen has reigned.

Visitors will be able to view more than three dozen tiaras including a 1960s turquoise cabochon and diamond piece by Van Cleef & Arpels.

Another designed as a wreath of diamond-set leaves dates from the 1830s, and was crafted in homage to the classical designs of ancient Rome and inspired by a revival of the style during Napoleon’s rule.

Among historic manuscripts of royal significance on display will be the death warrant of the 7th Earl of Northumberland signed by Elizabeth I.

Dating from 1572, it has been loaned from Alnwick Castle.

The document draws out writs and instructions necessary for the execution of the 7th Earl after his part in the disastrous ‘Rising of the North’.

The auction house is also holding a British Art: The Jubilee Auction on June 29.

A new work of the Queen, donated by artist Chris Levine, will also be for sale, with proceeds benefiting the Platinum Jubilee Pageant.

Entitled Lightness Of Being, it depicts the monarch with her eyes closed and was based on Levin’s 2004 portrait of the Queen marking 800 years of allegiance to the Crown by the Island of Jersey.

The Jubilee Arts Festival at Sotheby’s, 34-35 New Bond Street in London will run from May 28 to June 15 – entry is free and tickets can be booked in advance.

Other activities include historical talks, musical performances and a family day.

More information can be found at www.sothebys.com/jubilee.

Please log in or register to upvote this article
RoyalSotheby'sThe Queen