Widower to walk 1,800 miles to raise funds for MS Society 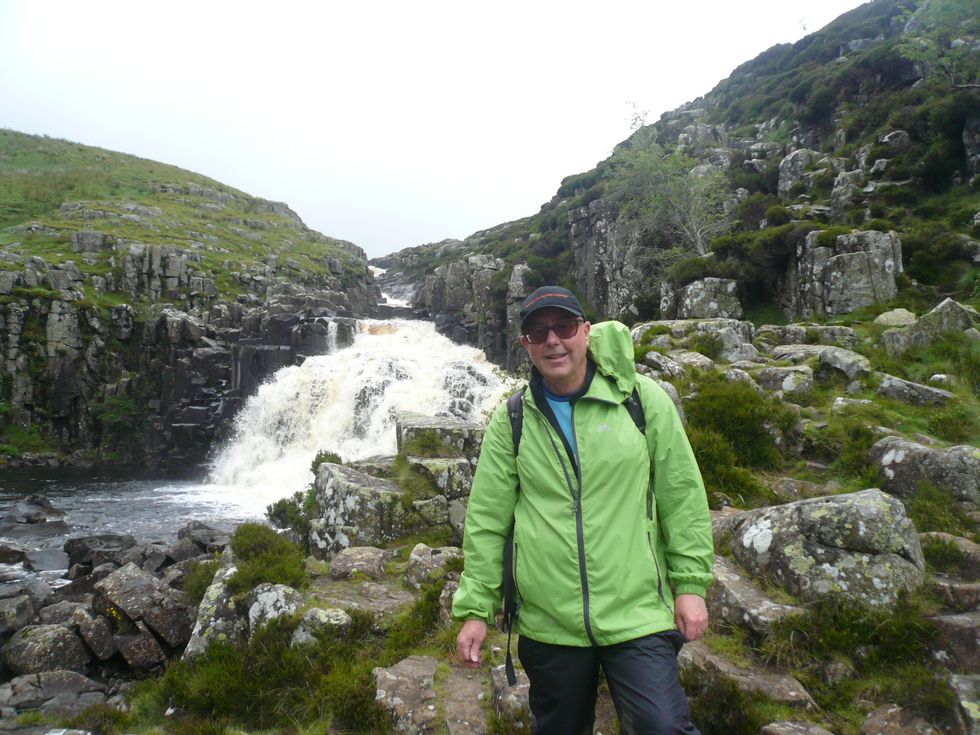 Gary Rushworth, who will be walking 1,800 miles around the country to raise funds for the MS Society in memory of his late wife Moira (Gary Rushworth/PA)

A widower who is planning to walk 1,800 miles around the UK in memory of his wife has said she will be with him in spirit as he takes on the challenge.

Gary Rushworth, 64, will be crossing the UK from coast to coast twice and walking from Land’s End to John O’Groats between April and September to raise money and awareness for the MS Society, after his wife Moira died in 2020, aged 57.

The father of two, from Barrow-in-Furness, Cumbria, will set off on the first leg of his journey on Thursday, the anniversary of the first time he met his wife, when he went to buy a tin of chicken soup from the Co-operative store in Carlisle where she was manager.

He plans to visit the store and as part of his travels will also return to special places including the location of their first date in Canonbie, Scotland, Malham Cove in Yorkshire, where he proposed, and the church in Darlington, County Durham, where they married in 1987.

He said: “What I try and do on anniversaries is do something special, together with my daughters, so we’re not getting too emotional in a sad way about what has been lost but creating something special for us, with Moira in spirit, to take forward.”

Mrs Rushworth was diagnosed with progressive multiple sclerosis (MS) in 2002 when she was 39 and in 2014 Mr Rushworth gave up his job to care for her.

He said: “Moira was such a lovely person, everybody she met felt that.

“I think of the love and the hope that we all carried at the time, unfortunately the hope of treatments she needed and a cure for MS came too late for her, but this is what is driving me forward to do this.”

The couple’s daughters Emily, 26, and Katie, 22, are helping their father to prepare for his challenge, which he plans to complete on September 25, the date of his wife’s 60th birthday.

He said: “It was obviously heartbreakingly sad what happened to Moira but she was always so positive and always had a smile on her face and laughed when she could, even though it wasn’t always easy.

“It is important for me, and our daughters, to keep that memory of Moira.

“I just want to do whatever I can to bring about the change needed to give MS sufferers the treatment they need.”

Along the way, Mr Rushworth will be meeting up with MS Society groups.

He said: “With this walk I want to use a platform to get a message across about the need for funding for MS research, because they are so close to a breakthrough, and also the support that comes from local MS groups.”

The money raised will go towards Octopus, a clinical trial for progressive MS which is funded by the MS Society and will transform the way treatments are tested, meaning they could be delivered up to three times faster.

Mark Haymes, community fundraising lead at the MS Society, said: “The launch of Octopus is a crucial moment in our journey to stop MS, and funds raised from challenges like Gary’s will help to bring us one step closer to reaching that goal.”

Mr Rushworth is also looking for corporate sponsors whose logos can be displayed on a camper van which will accompany him on some of his journey.

To donate go to https://www.justgiving.com/fundraising/walking-for-multiple-sclerosis.

Cyclist ‘overwhelmed with kindness’ after 4,000-mile charity ride across America

Cyclist to begin 4,000-mile ride across America to raise funds for MS charity

Please log in or register to upvote this article
MS Society

What does the Joker tattoo TikTok trend mean?