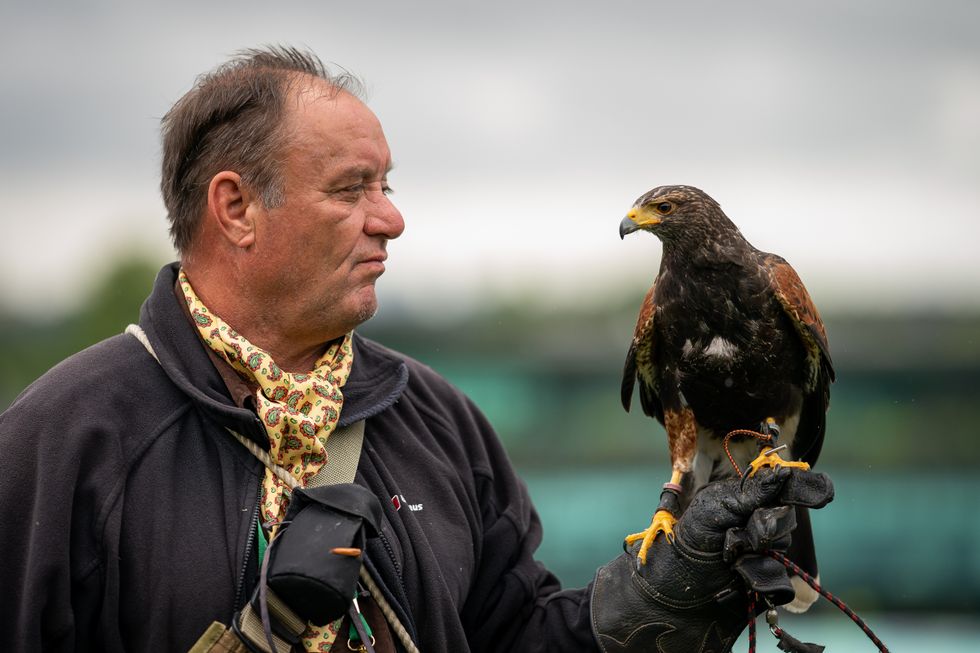 Wimbledon’s hawk trainer has revealed he was told to “get a proper job” in the early years of his now hugely successful profession.

Wayne Davis, 59, from Corby in Northamptonshire, has been training Harris hawks – Hamish and later Rufus – to clear pigeons from the All England Club in south-west London for 22 years.

Mr Davis said he met his first kestrel at the age of 11 and has since built a business co-ordinating the birds of prey’s work over London venues including Lord’s cricket ground, Waterloo station and Westminster Abbey.

His wife, Donna, and daughter, Imogen, are also part of the Wimbledon operation, which involves waking up at 4am to spend four hours clearing the pests from the grass courts each morning.

Speaking at the Championships on Wednesday morning beside a trainee baby hawk, Mr Davis told the PA news agency: “I had the first kestrel when I was about 11 years old, because I’ve always loved birds and natural history, and it’s just evolved into me making a living.

“I started out on American airfields for 20 years, and we started in London, and I’m still here now.

“We’ve worked at Wimbledon for 22 years now, but it’s still as enjoyable as the first year.

“I love falcons and hawks et cetera, and working for such a nice environment as Wimbledon is special.

“Plus we get to watch some tennis and watch the hawks fly, so I’m a happy man.”

He added: “I love it, it’s a passion and it’s a lifestyle more than anything, I’m very privileged.

“Although it takes commitment to follow it through. When I first started, people were like ‘Get a proper job’.

“And I was like ‘I don’t want a proper job, I just want to fly falcons, so it’s evolved very well.

“He’s quite a celebrity now.

“They’ve actually got a hood of his in the museum, it’s part of the story of Wimbledon, because Rufus and Hamish, they go back 22 years.

Asked how his profession has evolved over the decades, Mr Davis told PA: “It’s basically the same.

“The only concession we make is we use radio tracking on them, so if they go off – before you just had bells and visuals – but now you can locate them from five miles away, which just makes it so much easier to find them.

“Flying in the middle of London is quite difficult compared to flying in the countryside because there’s so many distractions.”

Asked whether he is worried that Rufus might one day be replaced by even more technological advancements, he said: “No, not at all because birds instinctively move away from a predator.

“You’d have to invent something that actually catches and eats them.

“People have come up with electronic designs and remote control things, but if it doesn’t physically chase them the bird doesn’t perceive it as a threat.

“And it works – pigeons cannot get used to a falcon, so it constantly is effective.”

Mr Davis said he is confident that Rufus will be able to handle working all 14 days of this year’s tournament, including the middle Sunday, which is being played for the first time this year.

Please log in or register to upvote this article
hawks