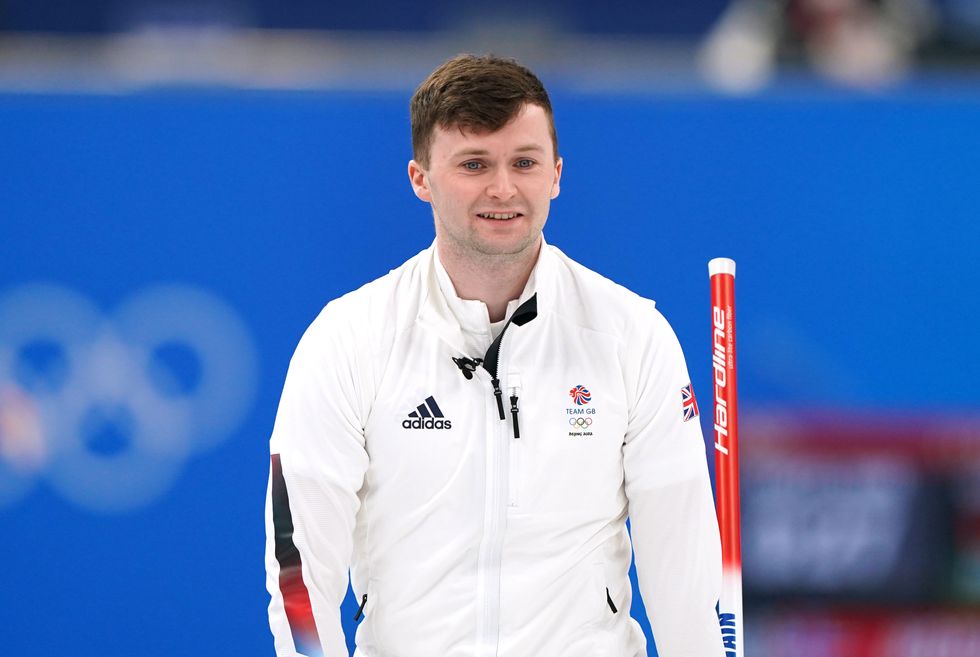 Bruce Mouat and his family were poised for a double celebration after the Great Britain curling skip guided his team into the Olympic gold medal match.

Mouat’s father Bob was watching with his dog Abby at his home in Nethy Bridge, near Aviemore in the Cairngorms, as Bruce and team-mates Grant Hardie, Bobby Lammie and Hammy McMillan beat the United States 8-4 to assure themselves of at least silver in Beijing.

And he will watch Saturday’s final by himself too as he also waits for news that he has become a grandfather for the first time.

Mr Mouat, 67, told the PA news agency: “We’re rather fortunate that Bruce’s brother Colin and his partner Ferne are expecting a wee one in the next day or two so it’s going to be a massive couple of days.

“Bruce, with a bit of luck, he’ll have a double celebration.”

Mr Mouat said he does not normally get nervous watching Bruce compete but admitted he had “no fingernails left” after Thursday’s tense semi-final.

“Gobsmacked is probably the word.”

The success comes during a difficult Games for Team GB, who are yet to secure a medal in China.

Mouat, who missed out in the mixed doubles as he and partner Jennifer Dodd lost the bronze medal match to Sweden last week, appeared uncharacteristically emotional after Thursday’s win.

“There’s obviously been quite a lot of pressure put on him with the mixed doubles as well and I know he was really disappointed that they didn’t get a medal,” Mr Mouat said.

“So I think it’s just a relief that at least they’ve got a medal and they’ve got the chance of being Olympic champions in his first time being there – and I’m talking about all the boys, they share everything.”

Mr Mouat said there would be a tinge of sadness at not being there to witness the gold medal match in person, as he tries to go to as many of his son’s competitions as he can.

“I just love being around with them,” he said.

But he is looking forward to watching the final at home with his Staffordshire bull terrier.

“I hope my fingernails have grown back and then I can chew them again,” he said.