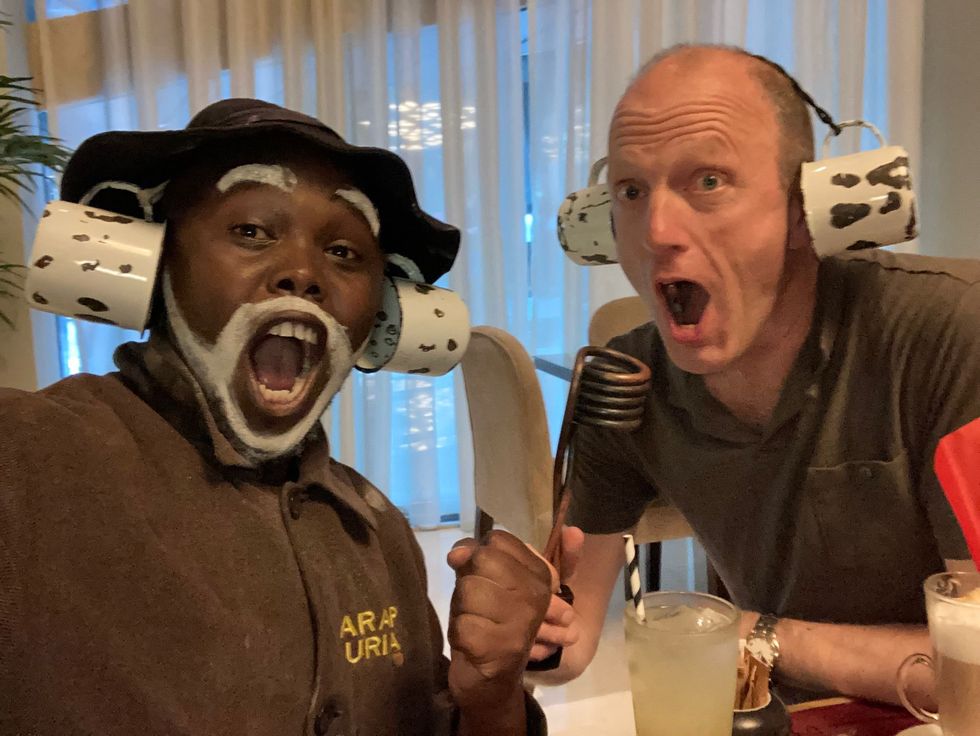 A comedian who enthusiastically lip syncs football commentaries has met one of the professionals in the field who has said he “loves” his work after putting out an appeal on Twitter.

In one of Arap Uria’s latest videos on Twitter, he provided lip-synced commentary outside the Al Janoub stadium in Qatar for South African footballer Lawrence Siphiwe Tshabalala’s goal, moving his hands around repeatedly and pretending to relay information from a fake pair of headphones he created using two mugs attached to a bucket hat.

He uploaded a post to the social media platform on December 2 of himself holding a pink piece of paper, with the words ‘Hello Peter Drury, it’s Arap Uria. I am in Qatar and I would love to meet you.”

He donned the makeshift headphones and also wore a fake white beard and fake bushy eyebrows.

Many users flocked to the comments section to try and help Mr Uria in his bid to meet the commentator, with one acting as a link between the pair eventually meeting.

Thanks to Association Football co-commentator Jim Beglin – who tweeted: “Peter will contact you tomorrow, Arap” – the comedian’s wish came true.

Mr Uria posted an image of himself with Mr Drury on December 3, rocking the makeshift headphones, with Mr Uria clinching his fist and screaming alongside his hero as his goal was achieved.

Mr Beglin reached to the image by tweeting: “Wonderful. It has happened.”

In April, Mr Drury posted a video in which he told the comedian: “I love what you do.

“It’s terrifically funny. It’s superb. Football shouldn’t be taken too seriously… and with all the passion that you show for it. I do love your work.”

Please log in or register to upvote this article
QatarWorld Cup